The S&P 500 has skyrocketed 40% since March 23, when the Fed announced its unprecedented experiment with junk bonds. That surge, coming in the face of the collapse of the real economy, drove up market valuations to dotcom-bubble levels.

It's a troubling precedent that the Federal Reserve is going to sit there and continue to fund these zombie companies that don't deserve to exist."

But Minerd thinks a reckoning is coming, and soon. He expects the S&P 500 will retest its March 23 low of 2,237.40 over the next month, potentially crumbling to as low as 1,600. That would mark a 49% collapse from where the index traded Tuesday during a strong rally.

“There’s a point where the Federal Reserve is going to have to pull out a bazooka,” Minerd said in an interview. “And I think the option of buying stocks on the part of the Fed is on the table.”
Should a stock market collapse happen, it would erode confidence among consumers, small businesses and CEOs alike. And it would make it harder for companies to borrow the money they need to survive because of the strong link between stock prices and corporate credit spreads.

“The Fed has basically told us they don’t have a stomach for this,” said Minerd. He warned his clients back in February — when US stocks were rising to ever greater heights — that there were “red flags” in financial markets.
“This will eventually end badly. I have never in my career seen anything as crazy as what’s going on right now,” he wrote on February 13.
This isn’t the first time Minerd has warned of a brewing storm. In August 2007, he said the credit squeeze at the time could morph into a recession. Stocks hit record highs that fall, before beginning an historic collapse as the Great Recession began.

Since the pandemic began, the US central bank has rolled out a series of emergency lending programs that make its 2008-era response look tame.
Aggressive purchases of Treasuries and mortgage bonds have caused the Fed’s balance sheet to swell to $7.2 trillion, up from $4.2 trillion at the end of 2019. Its balance sheet is now eight times larger than before the Great Recession.
The goal of this massive intervention, according to Fed chief Jerome Powell, is to make sure companies and households have access to credit, the lifeblood of the economy. And it has worked so far. Struggling businesses such as Carnival (CCL) and Ford (F) that were essentially locked out of the credit markets in March were suddenly able to borrow again.

Buying stocks would be a significant escalation in the Fed’s mission to avoid a depression — one that would face legal obstacles.
Technically, the Fed does not have the legal authority to purchase stocks, although Janet Yellen, Powell’s predecessor at the Fed, told CNBC in April that the US central bank should seek that power.
“I frankly don’t think it’s necessary at this point,” Yellen said, “but longer term it wouldn’t be a bad thing for Congress to reconsider the powers that the Fed has with respect to assets it can own.” 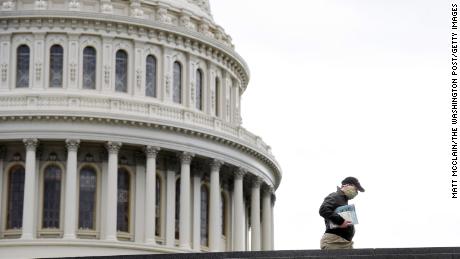 Some foreign central banks are already aggressively playing in the stock market.
The Bank of Japan has been buying equity ETFs for a decade and is now one of the biggest owners of Japanese stocks.
Switzerland’s central bank owned more than $94 billion of stock as of the end of the first quarter, including large stakes worth more than $1 billion apiece in Facebook (FB), Amazon (AMZN) and Apple (AAPL), according to SEC filings.
The past dozen years shows the Fed is willing in a crisis to push the boundaries.
“Every time the Fed has had to face a problem where the solution is something novel or new, they’ve been pretty creative in coming up with ways to get it done,” Minerd said.

As it is, critics have argued the Fed is overstepping its mandate by scooping up corporate bonds, a step it never took during the Great Recession. The 1913 Federal Reserve Act, which created the central bank, prohibits it from buying corporate assets.
To get around that, the Fed in March set up a special purpose vehicle (SPV), funded by the US Treasury and managed by BlackRock (BLK), to do the buying. The central bank cited “unusual and exigent circumstances” that authorizes it to launch “broad-based” lending facilities. The program officially launched on Tuesday.
Minerd suggested a similar mechanism could allow the Fed to eventually buy stocks.
A Fed spokesperson referred CNN Business to July 2019 Congressional testimony in which Powell dismissed talk of buying stocks.
“It’s not an authority we are seeking, or looking at, or think we need,” Powell said at the time. 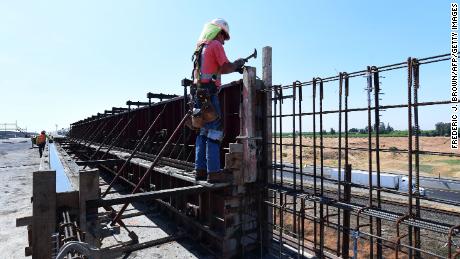 Of course, diving headfirst into the stock market would be highly controversial, raising concerns about moral hazard and unintended consequences.
And it would mean the Fed could suffer losses when markets tumble, as they sometimes do. For instance, the Swiss National Bank recorded a loss of 31.9 billion Swiss francs ($33.5 billion) on stocks during the turbulent first quarter.
Minerd said he’s already worried the Fed’s corporate bond purchases are distorting the capitalist system.
“It’s a troubling precedent that the Federal Reserve is going to sit there and continue to fund these zombie companies that don’t deserve to exist,” he said.
Minerd called the Fed’s junk bond experiment an “almost socialist” program based on the notion that the government has an “obligation to keep companies liquid and finances,” as opposed to just keeping markets functioning.

Minerd’s bubble call could prove to be wrong. Many doubted the early days of the last bull market, too.
“One thing about bubbles is they tend to go on longer and go further than people ever expect,” he said. “Timing it is extremely difficult.”
Yet he’s not the only sophisticated investor warning that the worst may not be over.
Fifty-three percent of global fund managers say this is a “bear market rally,” not the beginning of a new bull market, according to a survey released by Bank of America on Tuesday. And even more, 78%, say the stock market is overvalued. That’s the highest since the survey began asking the question in 1998.
Even the Fed is warning that the V-shaped recovery, which the stock market is betting on, may not happen.
“Until the public is confident that the disease is contained, a full recovery is unlikely,” Powell said during testimony on Tuesday.

Minerd said it could be “at least a good three- to four-year slog” before employment and GDP return to pre-coronavirus levels. Some jobs impacted by shifts in consumer behavior are “never coming back,” he said, potentially causing “permanently” elevated unemployment.
“People have totally underestimated how long this is going to take,” Minerd said.
Source: Read Full Article