New York (CNN Business)Bitcoin first topped $19,000 in December 2017 before crashing spectacularly to around $3,200 a year later. But long-term buy and hold bitcoin bulls, or HODLers as they’re known in crypto circles, are having the last laugh.

That’s because the price of one bitcoin (XBT) topped more than $40,000 Thursday — double the value from a little more than three years ago. Prices later slid back to around $38,000.
The value of all bitcoins in circulation is now more than $740 billion and the total value for all cryptocurrencies is more than $1 trillion, according to CoinMarketCap.

Investors have flocked to bitcoin in recent months as the cryptocurrency has gone mainstream.
Square (SQ) and PayPal (PYPL)now let their users buy and sell bitcoin. Top money managers including Paul Tudor Jones, Stanley Druckenmiller — and more recently, Anthony Scaramucci — have embraced it.

Software firm MicroStrategy (MSTR) is now holding bitcoin on its balance sheet. And a top exec at BlackRock (BLK), the world’s largest asset manager, recently said bitcoin is basically a new, digital gold — an asset that can hold up well during times of dollar weakness and rising inflation.
“It’s not surprising to see bitcoin’s recent run up. It’s encouraging to see more serious consideration of bitcoin and the digital currency asset class broadly, because it has real potential to reshape global finance as we know it,” said Michael Sonnenshein, CEO of Grayscale Investments, the world’s biggest crypto asset manager, in an email to CNN Business. 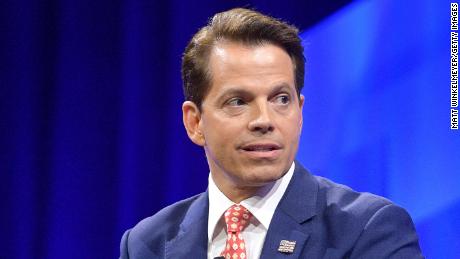 The bitcoin boom has gone into overdrive this week, with prices soaring nearly 25% in just the past five days, pushing the cryptocurency past multiple milestone levels.
That is raising alarm bells even among some bitcoin bulls.
“Market players are adopting bitcoin to hedge against instability. But while further growth is inevitable, investors should not expect this to move in a straight line,” said Gavin Smith, CEO of Panxora Group, a cryptocurrency consortium, in an email to CNN Business.
Smith added that bitcoin prices could crash by 25% at times and that the cryptocurrency should not be viewed as a “magic money tree.”
Bitcoin prices could plunge even further than 25%, warns Alex Mashinsky, CEO and founder of Celsius Network, a crypto asset manager.

“Sooner or later, the bears will accumulate enough pressure to see a correction,” Mashinsky said in an email to CNN Business, adding that bitcoin prices could fall all the way back to $16,000 before the end of the first quarter.
“This will flush the weak hands and transfer the baton with all their BTC from the short term speculators to the long term institutions and HODLers,” he added.
Source: Read Full Article