Almost a third of participants in the latest mandatory compliance exam for stockbrokers have failed, sparking fresh criticism of the test which quizzed finance professionals on topics like relationship breakdowns and the emotional state of clients.

A range of financial services advisers have been forced to sit a mandatory exam that tests knowledge of corporate laws and ethics by providing a series of hypothetical situations and multiple choice questions. The test has been written by the soon-to-be-defunct Financial Adviser Standards and Ethics Authority (FASEA) and must be taken by occupations including accountants, stockbrokers and mortgage lenders that are also licensed to provide financial advice. 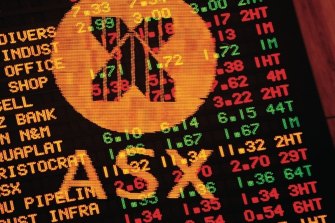 Brokers are continuing to fail a mandatory compliance test that has been described as not “fit for purpose”.Credit:Louie Douvis

FASEA released figures on Tuesday showing 31 per cent of all participants failed the March exam, an improvement from the 33 per cent recorded at the January sitting. The overall pass rate is now 89 per cent, with 83 per cent across stockbroking firms – although FASEA’s data does not differentiate between brokers and advisers at these firms.

The Age and Herald previously revealed stockbrokers at top firms including Shaws, Morgans and Bell Potter, had failed the test en masse because the exam questions cover material irrelevant to their jobs. Bell Potter has said the industry would be “happy to fund” a new exam that is tailored to stockbrokers, but this offer has been rebuffed.

One stockbroker at a top firm with over two decades experience, who could not be named because he was not authorised to speak publicly, was among the cohort who failed the latest sitting and said he was perplexed by some of the questions.

“There were questions in there that really didn’t have any relation to anything I’d even seen in study material. Or what I do,” he said. “There was one random question about a couple that had financial stress in their relationship and what percentage of relationships would fail?

“The answers were [percentages] that all had decimal points,” he said. “I don’t know whether I got it right or wrong. They don’t tell you.”

“What they’re trying to do is jam triangular pegs and round pegs into square holes,” said the broker.

The 3.5 hour exam is able to be sat once every three months and there are only four opportunities left to pass before brokers are booted from the industry. FASEA has previously been criticised for not returning exam papers and has sought to improve feedback, but the broker said this was still unhelpful. “It was pretty generic. There were a few bullet points.”

Another broker from a rival broking firm, who similarly could not be named because he was not authorised to speak publicly, also said there were a number of questions from left-field, including one about whether a female client should be banned from divesting airline stocks during COVID-19.

“What they’re asking you to do is psychoanalyse the client and pull her up and if you think she’s acting too emotionally,” he said. “But I’m not a psychiatrist, none of us are.”

“Questions for the exam undergo a rigorous review process pre and post exam to confirm they have performed as expected and are testing the exam curriculum as documented in the exam legislated instrument and exam preparation guide,” he said.

Another broker who passed the exam similarly criticised the questions, adding a number of his colleagues had failed. “It’s not like if you break the speed limit, what’s the fine? It’s all subjective, full of trickery, one of the most unethical exams I’ve done in my life. And it’s supposed to be an ethics test.”

Both said their colleagues were struggling emotionally and predicted the public would be worse off next year when experienced brokers are forced out the door. “There is going to be a lot of lost talent over a test that’s not fit for purpose.”