An independent inquiry has found the Clean Energy Finance Corporation did not engage in favouritsm when it gave two public contracts worth $107 million to green lender Plenti. 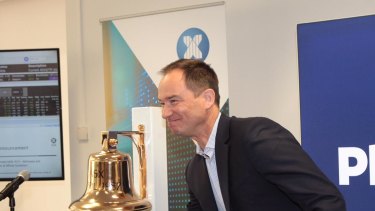 Recently ASX-listed green finance company Plenti has been cleared of wrongdoing by an independent inquiry.

RSM director Tony Grieves found there was no evidence to suggest the CEFC had acted improperly as both the NSW and South Australian governments had engaged in discussions with other potential partners for the schemes to provide loans for installing rooftop solar panels and batteries.

The CEFC also completed an assessment of the peer-to-peer lending market and found Plenti, formerly known as Ratesetter, was the only provider that offered a regulated loan product and had a licence to raise funds from retail investors.

For this reason, the CEFC put forward Plenti as their preferred partner for the South Australian government's program to install solar panels.

"There is evidence that CEFC at the time indicated that it was willing to work with alternative providers, however, they would need to satisfy relevant due diligence requirements, introducing potential delays/risks to the program," Mr Grieves found.

Around 18 months later, the NSW government wanted to roll out a similar project and asked Plenti and the CEFC to make a presentation on their approach to the program delivery.

Plenti chief executive Daniel Foggo said his company, which recently listed on the ASX, was preferred because it posed less of a reputational risk to government bodies as it had pushed for greater regulation of the buy now, pay later space for renewable energy projects.

"We'd only ever provided regulated finance," he said. "So, there was a real reputational and regulatory risk to some other funders."

Mr Grieves found there were significant time pressures imposed by the state governments in both cases. Plenti was was able to have both projects up and running within eight weeks. "It was exceptionally fast," Mr Foggo said, as he welcomed the report's conclusions.

"We're very pleased with the report findings. Our competitors thought we received preferential treatment and they pushed that pretty hard politically and in the media," he said.

Renewable energy finance lender Brighte wrote to Mr Taylor in March to outline concerns the CEFC was making decisions that resulted in "anti-competitive effects and working to the detriment of Australian consumers and taxpayers".

Mr Foggo said this was untrue. "Our funding cost is higher, we are the smallest player of the three. All we've done is insert more competition in the industry."