How will New Jersey’s decision to legalize marijuana impact the cannabis industry?

New Jersey is now the largest state on the East Coast to go through the legalization process of marijuana. What does this mean for future of the cannabis industry? FOX Business’ Kristina Partsinevelos with more.

The chair of the powerful House Budget Committee recently purchased  $60,000 worth of stock in cannabis-related companies while at the same time supporting decriminalization of the drug.

Rep John Yarmuth, D-Ky, on Feb. 12 bought between $1,000 and $15,000 worth of shares in each of Aurora Cannabis Inc., Canopy Growth Corp., Cronos Group Inc. and Tilray Inc, according to a financial disclosure form.

The purchases were made a little over two months after the House passed the Marijuana Opportunity Reinvestment and Expungement Act, a bill cosponsored by Yarmuth in September which seeks to decriminalize and deschedule cannabis. The measure has not yet been voted on by the Senate.

“Congressman Yarmuth purchased the stocks after seeing four states legalize the use of recreational marijuana in the November elections,” a Yarmuth spokesperson told FOX Business. “He was transparent about it and followed all House Ethics and financial disclosure rules.”

Members of Congress are allowed to buy shares of publicly traded companies, but under the STOCK Act, they are not allowed to trade on non-public information.

Shares of all four cannabis producers have doubled and then some so far this year as momentum traders hopped aboard amid enthusiasm surrounding legalization efforts made by Democratic lawmakers.

However, Yarmuth is likely down on his investments as shares of his invested companies have fallen anywhere from 6% to 20% from Feb 11 – the day before he bought shares – through Wednesday. 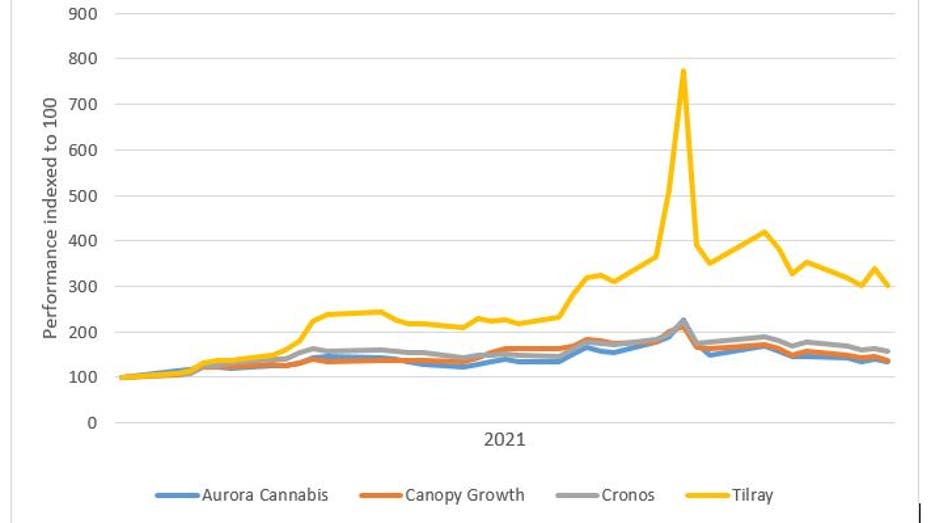 Several Congressional members have recently come under scrutiny for their own investment decisions or of their spouses.

House Speak Nancy Pelosi’s husband, Paul Pelosi, in December, purchased up to $1 million worth of call options in the electric-car maker Tesla as then President-Elect Joe Biden was ironing out his plans to combat climate change.

Concerns over Paul Pelosi’s investments followed an investigation into four Senators who themselves or their spouses sold stock right before the S&P 500 crashed 34% in late February and early March in anticipation of the economic damage that would be caused by the COVID-19 pandemic.

The Department of Justice has since dropped its investigation into transactions made by Sens. Richard Burr, R-N.C., Dianne Feinstein, D-Calif., Jim Inhofe, R-Okla., and former Sen. Kelly Loeffler, R-Ga or their significant others.