When Vince Iyoriobhe joined Bank of America’s investment banking division as a rookie analyst in 2017, he planned to stick around just long enough to get the experience needed to pursue his dream career in another corner of finance entirely — private equity.

“I knew banking was going to be tough,” Iyoriobhe, 26, said. But his attitude was: “I’m going to do it for two years and then go on to something else.” 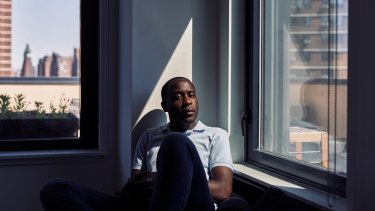 Vince Iyoriobhe, who weathered a two-year analyst program at Bank of America to land a job in private equity, says his lifestyle in the new job is much better. Credit:An Rong Xu/ The New York Times

The lure of investment banking is fading for the youngest members of the workforce.

For decades, investment banking — the job of advising big companies on their most pressing needs — was one of Wall Street’s most prestigious careers, glorified in 1980s bestsellers by writers like Tom Wolfe and Michael Lewis. Thousands of young hopefuls applied every year for a chance to start careers at Goldman Sachs, JPMorgan, Solomon Brothers and other banks as analysts — entry-level positions that taught aspiring financiers how to build financial models and evaluate businesses.

They embraced the long hours and grunt work in exchange for the prestige of jobs that eventually paid millions. In turn, each analyst class provided banks with a reliable pipeline of talent.

But new college graduates are increasingly unwilling to put themselves through the strenuous two-year analyst program, despite starting pay that can reach $US160,000 ($217,510). That is especially so as careers in technology and other parts of the finance world promise better hours and more flexibility. The pandemic, which forced many to reassess their work-life balance, has only underscored that thinking. Others, like Iyoriobhe — who put in 90-hour weeks at Bank of America, sometimes going home only to shower — are willing to do it for the minimum time necessary to put it on their resumes. He now works at a private equity firm.

“It’s kind of like going through boot camp,” said Ben Chon, a 27-year-old entrepreneur whose YouTube video about leaving his job as a health care banker in JPMorgan’s San Francisco office, posted in February, has garnered more than 100,000 views.

Chon said he appreciated all that he had learned as an analyst, but added: “You don’t have control of your lifestyle, and you’re working even when you don’t want to.”

The number of applicants to banking analyst programs is hard to track, but business school data, which captures a slightly older cohort of potential financiers, shows a broad decline in interest in investment banking. Last year, the five top-ranked US business schools sent, on average, 7 per cent of graduates from their Master of Business Administration programs into full-time investment banking roles, down from 9 per cent in 2016. The decline was pronounced at the University of Pennsylvania’s Wharton School, where bankers were 12 per cent of the MBA cohort in 2020, compared with more than a fifth of the class a decade earlier. Harvard sent just 3 per cent of its 2020 class.

Banks lost much of their allure after the 2008 financial crisis, just as Silicon Valley was taking off, and private equity firms morphed from small partnerships to asset management behemoths.

“The industry is not as attractive” as it once was, said Rob Dicks, a consultant at Accenture who specialises in recruiting in financial services. “Employees want a hybrid model, and the banks are saying no,” he said, referring to a combination of in-person and remote work. “The message is: ‘The bank knows best. We have a model for doing this, and you will conform to that model.’”

A culture of overwork

Although top executives of the biggest banks have recently talked tough about the need for employees to return to the office, many are paying heed to the complaints of their youngest workers. Goldman’s chief executive, David Solomon, said in an earnings call this month that his firm would pay more competitively and enhance rewards for performance. Goldman is also enforcing its no-work-on-Saturday rule. JPMorgan is rolling out technology to automate some aspects of analysts’ work, and recently hired more than 200 additional junior bankers to ease the pressure in a particularly busy year.

A first-year investment banking analyst in New York can make as much as $US160,000 in a year, including a bonus, according to estimates from Wall Street Prep, a company that helps aspiring bankers train for the industry. But several firms, including Citigroup, Bank of America, JPMorgan and Barclays, have raised the salaries of junior bankers. Credit Suisse paid what it described internally as “lifestyle bonuses” of $US20,000 to younger bankers.

Jefferies, another investment bank, even offered Peloton bikes, Apple Watches and other prerequisites to thank more than 1100 of its analysts and associates — the next rank up — for working hard during the pandemic. Jefferies employees “have gotten us through the hardest period we have experienced in our careers,” Rich Handler, the bank’s chief executive, and Brian Friedman, its president, wrote in a July 1 letter to staff and clients.

Still, banks tend to hew to a work culture fetishised in the 1980s, when Wolfe’s The Bonfire of the Vanities memorialised Wall Street as the home of “masters of the universe.” Young analysts worked around the clock, picked up coffee and food orders for the team, endured mindless tasks like filing trade tickets, and were subjected to pranks and verbal abuse. In exchange, they gained a foothold in one of the most lucrative careers available, when new products like bonds backed by mortgages and corporate mergers and acquisitions were creating vast profits. 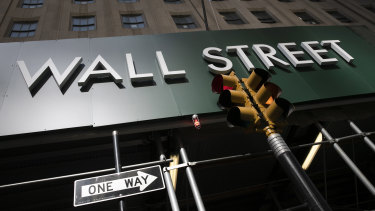 Wall Street careers lost some of their appeal after the 2008 financial crisis.Credit:AP

Some of today’s heaviest hitters in banking got their start in that heyday, including John Waldron, president of Goldman Sachs; Sharon Yeshaya, Morgan Stanley’s new chief financial officer; and Carlos Hernandez, executive chair of investment and corporate banking at JPMorgan.

Banks lost much of their allure after the 2008 financial crisis, just as Silicon Valley was taking off, and private equity firms morphed from small partnerships to asset management behemoths. The newer career options promised potentially quicker and bigger payouts, better hours, lofty corporate missions and perks like taking pets to the office. To young graduates, banking analyst roles appeared too grinding to be worth the effort, at least over the long term.

In recent years, recruiters for giant private equity firms like Carlyle and Blackstone, which manage billions of dollars for clients and also buy up companies, began wooing analysts even before they started their jobs.

Brian Moynihan, chief executive of Bank of America, said that was not necessarily a bad thing. “They’re very talented kids, especially around the investment banking arena,” he told Bloomberg TV this month. “And there’s a lot of offers from private equity and other things that we’re training them for our clients, and that’s OK, too.”

It is not all about the money

More compensation may not be enough for lots of young workers, for whom the pandemic only highlighted the less palatable aspects of investment banking — even as other careers dangled more appealing work-from-home policies.

Armen Panossian, a rising junior at Rutgers, the state university of New Jersey, is interning in the logistics division of the energy company BP and hoping to land a similar full-time role after college. He said the pandemic was part of his motivation for pursuing a more 9-to-5 job rooted in finance.

“I think a lot of people rediscovered the importance of mental health,” Panossian, 21, said.