National Australia Bank has been accused of frustrating investigations by rival bank Westpac into an alleged $400 million fraud orchestrated by colourful soccer identity Bill Papas due to its long-standing relationship Forum Finance.

News of the bad blood between the two banks came as Mr Papas’ business partner, Vincenzo Tesoriero, gave assurances to the Federal Court he would not leave the country without giving Westpac 24 hours’ notice. It followed revelations in The Age and The Sydney Morning Herald that Mr Tesoriero spent $40 million of Westpac’s money on buying luxury homes and petrol stations in small country towns. 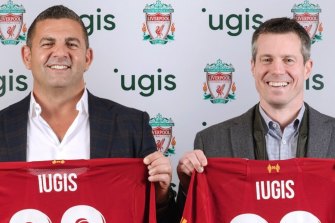 Westpac took emergency court action late last month accusing Forum Finance of defrauding the bank by impersonating its customers. The alleged fraud has been described by a judge as “a long-running, calculated and elaborate fraud which would rank high in the catalogue of corporate misfeasance”.

Westpac alleges in court documents obtained by this masthead that one of its Financial Crime and Fraud Prevention team members approached NAB on June 22 to report the fraud and asked NAB to stop transactions on a Forum Finance account.

“At this time, (the Westpac staffer) was advised by NAB that the account was “stopped” and that they would question their customer in relation to the transaction,” Westpac alleges.

Three days later, a senior Westpac employee discovered NAB had not fulfilled its request, despite its initial assurances.

“(The Westpac staffer) informed me that NAB had told him that (the) account was in the name of Forum Finance Pty Limited, that NAB had a long-standing customer relationship with Forum Finance, had not placed a hold on that account and would need an email with particulars of the fraudulent transactions to place a hold on the account,” Westpac’s lawyer said in documents filed with the court.

Sources at NAB not permitted to speak on the record publicly said the bank believed it had to protect its customers and it had previously asked for alleged fraud victims of its customers to prepare an email detailing exact transactions at issue and details of the alleged fraud before considering such a response. It is not clear why NAB gave the initial assurance and then didn’t put a hold on the account.

NAB was the banker of choice for Forum Finance and Mr Papas and Mr Tesoriero, providing credit cards and loans secured to Forum’s property, sources aware of the relationship between NAB and Forum said.

The quantum of the loans it provided to Forum for its business operations is not clear, but is not expected to be material to the bank. NAB has since handed over all bank records to Westpac as per court orders.