The financial intelligence watchdog and big four banks will be probed under a new parliamentary inquiry designed to measure the efficiency and adequacy of the Australia’s anti-money laundering regime.

The Senate approved a motion brought by Labor Senator Deborah O’Neill on Wednesday to launch a formal inquiry into the effectiveness of the laws, regulators and companies tasked with stamping out illicit fund flows. 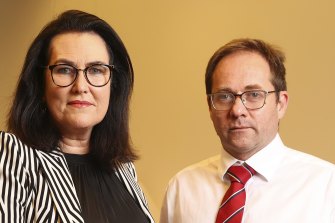 The Australian Transaction Reports and Analysis Centre (AUSTRAC) has recently scored a number of high profile victories, fining Westpac and the Commonwealth Bank a combined $2 billion since 2018 over systemic breaches of the Anti-Money Laundering and Counter-Terrorism Financing (AML-CTF) Act.

The dual-track regulator, that feeds intelligence from banks to law enforcement, has become a much feared operator and has now set its sights on cleaning up the casino industry, revealing this month it was conducting simultaneous enforcement investigations on Crown, Star and SkyCity.

However, Senator O’Neill said AUSTRAC’s recent coups were only possible because the entities had self-reporting breaches and criticised the regulator for being reactive, rather than proactive, in its approach to ensuring compliance.

“The consequences when you are reactive are well-known,” Senator O’Neill said. “The reality that Sydney’s now being described as the cocaine capital of the world where money is just moving around, that’s nothing that Sydney is proud of. We want Sydney to be a wonderful international city but also a safe city.”

The motion, obtained by The Age and Sydney Morning Herald, calls on the committee to probe the extent to which AUSTRAC relies upon self-reporting breaches and is able to identify emerging problems at the entities it regulates.

The federal government has pledged to introduce the second tranche of reforms to the AML-CTF Act since 2006 that would force lawyers, accountants and real estate agents to report suspicious transactions and customers in the same way banks and casinos do.

The inquiry will look at why these reforms have taken so long to implement, but also call on business groups to establish a road-map to ensure any new regulations don’t hurt small businesses as the country navigates uncertain economic conditions through COVID-19.

The most recent 2018 report by the Financial Action Task Force, the global authority on anti-money laundering policies, found Australia had failed to implement nearly one-third of its recommendations and called for urgent action to bring Australia’s regime up to speed.

Fellow Labor MP Daniel Mulino, who was also behind the push for the inquiry, said the International Monetary Fund and OECD had also criticised Australia’s current regime for being an international laggard and called for immediate work to ensure the system is world class.

“It’s critically important Australia’s anti-money laundering regime is up to scratch so we don’t become the weakest link,” Mr Mulino said. “We’ve fallen behind a number of jurisdictions.”

Senator O’Neill’s team lobbied the cross bench in the hours before the vote, with One Nation being among the last to pledge support. The committee will now launch the inquiry website by the end of the week and begin accepting public submissions, with public hearings held by the end of the year.