Industry-super-linked ME Bank has been hit with a criminal lawsuit by the corporate regulator after thousands of home loan customers were incorrectly charged interest on mortgages. 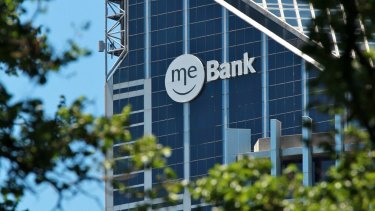 ME Bank has been hit with Federal Court charges. Credit:Ken Irwin

The breaches allegedly occurred between September 2016 and September 2018 and are unrelated to the mortgage redraw bungle, which sparked so much customer outrage that the bank ultimately backflipped on a policy that left thousands of home owners without access to cash during the pandemic.

One source at the bank, who asked not to be named as they are not an official spokesperson, said ASIC’s charges were related to around 3700 customers being over-charged interest during an upgrade of ME Bank’s core technology platform.

The source said a glitch occurred when transferring data onto ME Bank’s new core banking platform, which caused a mix of customers to be over-charged on interest-only and fixed interest mortgages. ME Bank had already paid out around $105,000 in remediation during 2019, according to the source.

The Bank of Queensland announced in February it would fully acquire ME Bank despite objections from one of its industry super fund shareholders, but the deal is yet to be given the final seal of approval from the regulators.

BoQ chair Patrick Allaway said it would be inappropriate to comment on ASIC’s criminal proceedings, but said the board was well aware of the lawsuit before deciding to buy ME Bank.

“It’s not a surprise. It was well flagged in due diligence,” Mr Allaway said.

The corporate regulator released no details about the case in its statement other than to say the matter would be prosecuted by the Commonwealth Director of Public Prosecutions following a referral from ASIC.

“The court has not yet set a date for the first return of the matter. Further details will be released following that hearing,” it said.