The trade union watchdog has launched an investigation into the Maritime Union of Australia to probe whether union cars were sold for below-market rates to relatives without following proper processes.

The Registered Organisations Commission (ROC), which is a government-funded independent regulator for unions and employer associations, has started the investigation after receiving a whistleblower complaint, according to multiple sources. 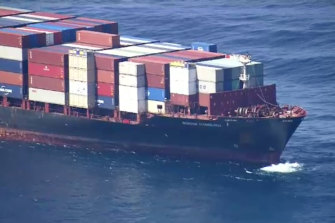 The Maritime Union of Australia is under investigation for allegedly selling union cars for discounted rates to family and friends. Credit:Nine News

The ROC declined to comment but pointed to a compliance fact sheet sent to all trade unions last year calling for federally registered organisations to review current practices, policies and governance procedures around vehicle sales to employees.

The investigation is centred on the MUA’s Queensland branch after a number of officials allegedly sold union cars to friends and family for heavily discounted rates, according to multiple sources.

“Every four years, when the elections are done they replace the cars,” said one union official, who spoke on the condition of anonymity because he was not authorised to speak to the media. “It’s open slather on whether someone wants to buy a cheap car, it doesn’t go out properly into the marketplace.”

The Age and Herald reported this week that Maritime Super had paid at least $90,000 to fund MUA events in recent years and had resisted merging with other funds, including Mine Super, because of its relationship with the union. The fund has defended the union event sponsorships as an opportunity to grow its membership and said all expenses were heavily regulated.

A spokesman for Maritime Super said the fund was not aware of the ROC’s investigation. MUA did not respond to requests for comment.

The reports came amid a leadership crisis at EISS Super, linked with the Electrical Trades Union (ETU), where revelations of excessive spending on staff parties and questionable sponsorship deals caused the chief executive, chair and three directors to resign.

After a board meeting on Friday, EISS appointed former ETU national secretary Peter Tighe to the chairman position after Warren Mundy quietly resigned on Thursday, after joining the board in 2017.

“The board thanks former chair Dr Warren Mundy for his work as well as the other directors for their respective contributions,” an EISS spokesman said. “The board appreciates the hard work of the fund’s staff who continue to provide excellent service and support to members.”

“The trustee is aware of recent press coverage related to the fund and is in dialogue with APRA [Australian Prudential Regulation Authority] to confirm that appropriate governance arrangements have remained in place and that the trustee continues to act in the best interests of members,” the EISS spokesman said. “The board has confirmed that the trustee retains the support of stakeholders and shareholders, and that vacancies on the board will be filled in accordance with the entity’s constitution.”