When Simon Costello first founded his start-up Frankie in 2017, he had grand ambitions to build a neobank that would shake up the stale world of banking. He raised money, hired a team and planned to ride the wave of success enjoyed by neobanks in the United Kingdom.

“I was so excited about revolutionising banking,” Costello says. “It was highly embarrassing, to be totally honest, when you have to turn around and say, ‘guys I got it wrong’.”

The entrepreneur realised building a bank was harder than he thought. New entrants often have to build technology from scratch – an expensive and time-consuming task. 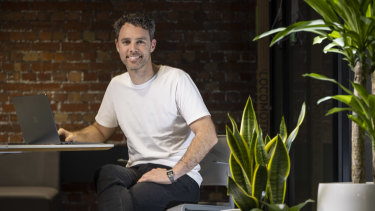 He also discovered stealing customers from the big four was no easy feat. After many sleepless nights, he cut his losses and threw in the towel. Costello returned the money he had raised to investors, sacked his team and went back to the drawing board.

But it was through this process that Costello noticed a gap in the market. While there are plenty of banks and an increasing number of fintechs, there aren’t a lot of products that help these companies fix problems or improve their operations.

And regulatory compliance is perhaps the biggest challenges facing the finance industry today.

Regtech Association founder Deborah Young says the banking royal commission, combined with the $2 billion in fines paid by Westpac and the Commonwealth Bank over anti-money laundering (AML) failures, have made regulatory compliance a top priority for chief executives.

“The risks of not complying are huge,” she says. “The back office was always seen as the back office, but I think they’re climbing further up the food chain now.”

Australia’s regtech industry is now the third-largest in the world, she says, as traditional financial institutions turn to start-ups for innovative solutions to complex problems. Young explains regtech is distinct from the broader fintech community, with founders focusing on business-to-business solutions and often emerging from careers in traditional finance.

“It’s an enabler, not a disrupter,” says Young. ”It enables people by using tools to surface risks earlier, get transparent information and to make better business decisions. And to keep the system safe.“

Costello wanted to build a product that helped banks and neobanks comply with complex anti-money laundering laws. Armed with his new direction, Costello went back to the same investors for money. They admired his honesty and agreed.

Today, the new incarnation of Frankie – FrankieOne – turns over millions of dollars per year and has raised $3 million in capital, with financial backers including Tidal Ventures, Liberman Family Office and Apex Capital.

Three of the big four banks, including Westpac, use FrankieOne’s technology that gives banks access to more than 300 databases that allow compliance officers to use enormous amounts of information to verify identification documents and monitor high risk customers.

Using cloud-based technology, FrankieOne’s databases can be continuously updated to ensure banks have access to the latest information. Previously, banks stored these databases on premise, meaning updates would take years by which time the information was already stale or out-of-date.

Costello says it’s these legacy computer systems that have created weaknesses for the major banks in managing AML compliance.

FrankieOne employs 30 people across offices in both Sydney and Melbourne, and Costello plans to double his workforce in the next three months as the company sets up in America and plots its global expansion.

“For every single CEO of a bank, this is very front of mind for them. They are re-looking at their systems, and thinking, how can we do a better job?” he says. “That’s why things are moving so quickly. We’ve signed up three of the big four in 12 months, that wouldn’t normally be the case.”

Costello started his career in traditional finance, working various roles at Liberty Financial in Melbourne and Amro Bank in London. This experience taught him discipline and “soft skills” like how to send emails and attend meetings, which he says become “really important” down the track.

“There’s huge value in initially starting off getting training, wisdom and guidance from smart people in an established organisation,” he says. “Then when you have no guard rails, you can lean on certain principles, then you can take what you’ve seen in the market and apply it.”

But he always had a desire to go out on his own. “I had a yearning to build something. It wasn’t called start-up back then, it was a small business.”

Costello has launched four start-ups since 2013, that have each been successful in their own right. He says the most important lessons for budding entrepreneurs are to surround yourself with intelligent people and, above all else, patience.

“It’s not an overnight success thing. It’s very much about incremental improvement.“