The $54 billion superannuation fund representing the hospitality and tourism industries has slashed the valuations of unlisted investments on its books which represent up to 30 per cent of member portfolios.

In a letter sent to members on Thursday night obtained by The Sydney Morning Herald and The Age, industry fund Hostplus said its property and infrastructure investments would be devalued by between 7.5 to 10 per cent and its private equity and venture capital investments had also been cut by an average of 15 per cent. These asset classes make up over 30 per cent of the fund's flagship balanced investment option. 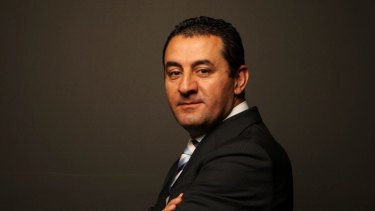 Rest, the industry fund representing the retail industry, has also confirmed it cut the value of its unlisted property assets by 8.56 per cent. The asset writedowns come as the superannuation sector braces for a rush of withdrawals under an emergency government scheme allowing people who have lost their jobs or significant income to access up to $20,000 in super early.

"While the full macro-economic impact of COVID-19 will not be fully understood for some time, it’s clear that certain infrastructure and property assets such as airports, toll roads, and shopping centres have been materially affected by the current crisis," the letter to Hostplus members, sent after 9pm Thursday night, said.

Hostplus told its one million members the devaluations had been already been included in the fund's unit pricing – daily fluctuations in account value based on a members' investment profile – and would be reflected in balances. It sought to reassure members the writedown would work to buffer more extreme losses in equities markets before reminding members to seek financial advice.

"And finally, and importantly, before you make any decision about your superannuation or pension assets, we caution and encourage you to seek individual financial advice and consider your own circumstances and financial objectives."

In a joint letter to the $3 trillion superannuation industry, the Australian Prudential Regulation Authority (APRA) and Australian Securities and Investments Commission (ASIC) instructed funds this week to ensure all assets were properly valued and put responsibility squarely on trustees to manage liquidity so to avoid issues in meeting demand for the rush of withdrawals come mid-April from the federal government’s early access to super scheme.

Hostplus chief executive David Elia defended the fund’s liquidity earlier in the week. September records showed the fund had $530 million in cash, but Mr Elia provided new figures to confirm Hostplus had obtained $2.1 billion in cash and said "this will be higher in coming weeks".

"We have ample liquidity to support members undergoing financial hardship," he said. “We will have absolutely no problems in meeting any demand from members relating to the ERS [Early Release of Super].”

Hostplus' unlisted infrastructure investments include $990 million across seven airports, including a major stake in Melbourne Airport, as well as the NSW Ports Consortium, Ausgrid and two toll roads – one in Mexico, the other in the US. By comparison, shares in the ASX-listed Sydney Airport are down 35 per cent since the end of January.

Eleven per cent of the fund's total assets are wrapped up in property, with September records showing Hostplus has $1.4 billion in retail property, $2.4 billion in commercial and $452 million in hospitality property. The investments are largely in Australia ($4.6 billion) while $768 million is spread across Singapore, the US and Malaysia.