GlobeNewswire, the distribution service for press releases, is blaming a fake report on a purported Walmart-Litecoin partnership on bad actors.

"When GlobeNewswire became aware this morning that a fraudulent user account was used to issue an illegitimate press release we promptly withdrew the press release and issued a Notice to Disregard. This has never happened before and we have already put in place enhanced authentication steps to prevent this isolated incident from occurring in the future. We will work with the appropriate authorities to request – and facilitate – a full investigation, including into any criminal activity associated with this matter," the company said in a statement provided to FOX Business.

It is unclear whether the Securities and Exchange Commission or any other federal agencies are probing the incident, inquiries by FOX Business to the SEC were not returned at the time of publication.

Monday morning, around the time U.S. equity markets opened for trading, a press release went out stating Walmart and Litecoin had a deal on a new payment option. The release, which has since been deleted, contained a quote from CEO Doug McMillion.

The price of Litecoin popped as high as $233.44 per coin Monday before turning lower on confirmation of the erroneous news. 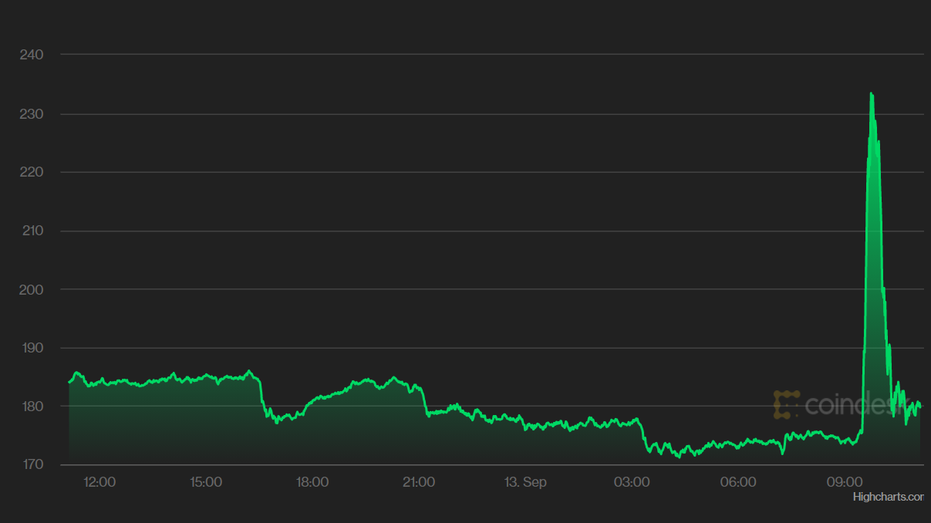 GlobeNewswire issued a notice across its service confirming that journalists and other readers should disregard the news release, ‘Walmart Announces Major Partnership With Litecoin (LTC)' issued September 13, 2021, over GlobeNewswire. All further questions should be directed to GlobeNewswire," it stated.