The coronavirus pandemic could upend globalisation by dismantling global supply chains as it accelerates trends like ecommerce, flexible employment arrangements and alters investor appetite for equities, according to Australian fund managers.

"Having the whole world reliant on China for their supply chains was pretty stupid," he said. "As robotics get better and better, that will accelerate this trend to manufacture more in higher cost environments because you're close to the consumer." 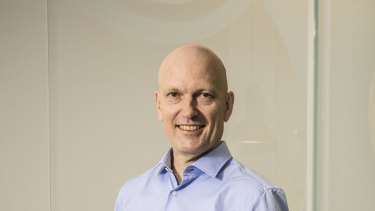 "In some cases it actually pays to be able to have a plant close to where the demand is rather than China or Vietnam," Mr Giddy said.

The comments come as the chief executive of the world's largest fund manager, Larry Fink, sent an email to shareholders this week warning the crisis would fundamentally reshape business and society.

Mr Arnold also said the post-coronavirus world would refocus the climate change debate and inspire global economies to switch towards renewable energy as major changes to normal operations had proved to have drastic impacts on pollution.

"Now that they can see the impact of switching off the economy for a period of time and how much pollution there was when things were operating as normal and how much cleaner it was when we flick that off," he said. "In the longer term, with this event will probably have the impact of forcing govenrments to actually move more quickly towards dealing with climate change."

The current disruption was likely to last six months which could speed up longer-term trends, including the decline of bricks and mortar retail and physical office spaces, according to Mr Arnold.

"In stable economic times, there's a lot of inertia and people just fall into habits of doing certain things," Mr Arnold said. "In times of a crisis, you're forced to change habits."

There would be less international travel, Mr Arnold said, and advances in technology meant employers would embrace alternative working arrangements which could have positive flow-on effects to both businesses and employees.

"It's good for business because they can save money and good for happiness levels for workers as well," he said. "A shorter commute or even a non-commute is one of the most important things in terms of happiness levels."

The vice chairman of Crestone, Clark Morgan, said there was no replacement for face to face meetings but the corporate world's newfound appreciation for working from home arrangements was good news for new parents.

"The idea that a mother with a young child might be able to work for two hours when the baby is asleep is great," Mr Morgan said. "Now every industry has been forced to participate flexible working hours, I think that could be a significant change in the way we view the whole structure of commercial operations and how we can get the best out of the workforce."

Investor appetite for risk was also changing, with the extreme market volatility shaking confidence globally. Mr Morgan said his clients have become more aware of their exposure to equities and have requested to further diversify portfolios.

"Many in the high net worth segment of the market considered themselves to be conservative investors but when you looked at their portfolios they were actually aggressive," he said. "They will turn to diversification."

Hyperion's deputy chief investment officer Jason Orthman said investors were looking to put money into companies with earnings growth and potential beyond the value of its share price and the coronavirus crisis would trigger a turn away from a "scatter gun" approach of index investing.

"The lightbulb should come on this time. It's been a lot more brutal than the GFC so investors might start changing the way they think about finding a collective of quality companies," Mr Orthman said.