GasBuddy head of petroleum analysis Patrick De Haan argues that gas prices are currently seeing ‘the calm before the storm.’

Energy experts issued a stark warning to Americans on Friday: Get ready for higher gas prices this spring.

"This is the calm before the storm, and we're already going up," GasBuddy head of petroleum analysis Patrick De Haan said on "Varney & Co." "Most of the pain is going to come in March, April and May."

"I think it's going to be somewhere between the Super Bowl and Memorial Day, but it's going to happen quick," he told FOX Business’ Dagen McDowell.

Both De Haan and Kloza separately stated they believe U.S. gas prices will go above $4 in the coming months, mostly due to unrest in Kazakhstan and Libya.

"The problem is simply that there's not going to be enough production to meet an increase in demand," De Haan explained.

A gas station in the Morningside Heights section of New York on January 12, 2022. (TIMOTHY A. CLARY/AFP via Getty Images)

"I'm a little bit more worried about Libya," Kloza pointed out. "You got to cross your fingers. You really do."

Despite falling demand, prices at the pump are rising. Normally, lower demand coupled with an increase in total stock will lead to lower prices. However, "continued growth in the price of crude oil has helped to elevate pump prices," according to AAA.

"We've lost a lot of refining capacity. And there's an awful lot of investment speculation in crude that may push those prices up until triple digits," Kloza said. "We've got a couple of quarters that are going to be pretty painful." 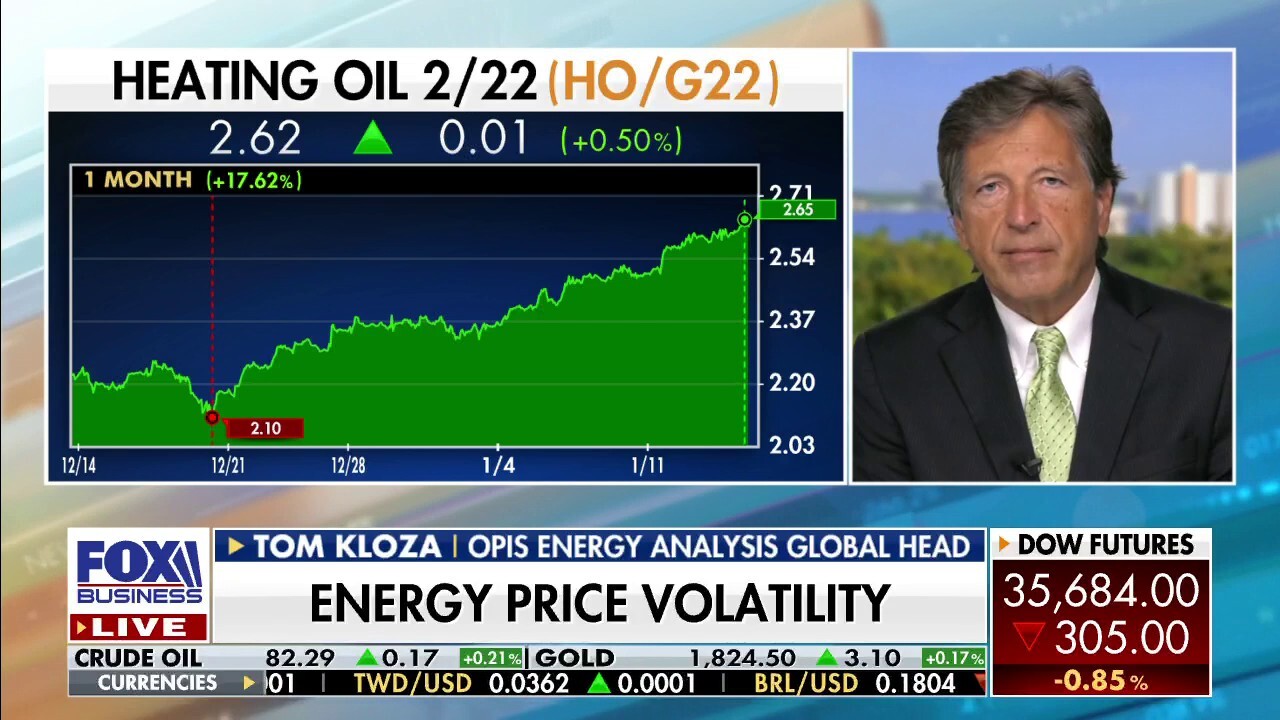 "It's going to be a bumpy year ahead," he noted. "I think the light at the end of the tunnel, by the end of the year, we could see the national average back closer to $3 a gallon."