The country’s largest proxy firms have denied playing a role in the National Australia Bank’s abrupt backflip on appointing a technology entrepreneur to its board of directors, as the government mulls tighter regulation of the sector.

NAB chair Philip Chronican announced on October 20 that Vocus founder James Spenceley would join the board in December, claiming the successful businessman “will bring important experience and different perspectives” to the position. 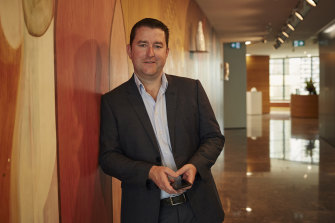 Proxy advisers have played down their role in NAB’s abrupt backlip on appointing James Spenceley to its board.

But nine days later, NAB released an ASX statement retracting the appointment claiming proxy advice and investor feedback regarding Mr Spenceley’s multiple board commitments had contributed to his decision to not proceed with the appointment.

Mr Spenceley told The Age and The Sydney Morning Herald the proxy advisers had a powerful influence on corporate Australia, adding none of these firms had contacted him directly to discuss concerns about his workload.

“The path of least resistance was to not cause problems with proxy advisers who are incredibly powerful nowadays,” he said. “NAB did a bunch of work on whether I had the capability, but unfortunately with proxy advisers nowadays it’s fairly difficult to interact with them and change their view on things.”

But the country’s four major proxy firms – Ownership Matters, Glass Lewis, ACSI and ISS – have each confirmed they did not make any contact with NAB over the appointment. Around the same time, Mr Spenceley was nominated for election to online retailer Kogan’s board. All four proxy firms denied making a formal recommendation against Mr Spenceley’s appointment, however ACSI said it asked “run-of-the-mill” questions about his board commitments and Ownership Matters emailed Kogan’s chair Greg Ridder on October 20.

“I wanted to please ask about James Spenceley’s election to the KGN board, in the context of the announcement he is joining the NAB board as NED [non-executive director],” a copy of the email seen by this masthead said.

“With the NAB role, his KGN role and chair of two other ASX businesses, we are struggling to see how we can support him, based on overboarding. Can I please ask your views on his election?”

Ownership Matters founder Dean Paatsch said questioning director workload was normal process and the proxy firm had not yet come to any conclusion over whether Mr Spenceley could manage the multiple commitments. Proxy advisers are increasingly “blamed for all sorts of things”, he said.

“There’s been only five directors removed from office in the last 15 years in contested elections in spite of proxy advisers recommending against literally hundreds of candidates in that time,” he said. “Investors trump proxy advisers every single time. It’s for NAB to explain why they shuffled him off, not me.”

ISS head of research Vas Kolesnikoff emailed NAB on Tuesday to raise concerns about NAB’s ASX statement regarding the backflip but said he was unsatisfied with the response and will raise the matter with Mr Chronican in a scheduled meeting later this month. “No one actually gave [NAB] any specific feedback? But you mention proxy adviser feedback in your release. It’s a complete fabrication. I would have to say this is a misleading statement issued to the ASX.”

Mr Kolesnikoff claimed companies had begun using proxy feedback as a “standard bullet point” to deflect responsibility, adding ISS had not raised any problems with Kogan or NAB about Mr Spenceley’s commitments.

“We’ve come across this an orchestrated standard wording,” he said. “We’re not talking to [NAB]. We’re busy trying to churn out 250 other reports on the ASX300. I’m not in a position to say ‘this is what the board looks like, you have to kick this person off’. ” 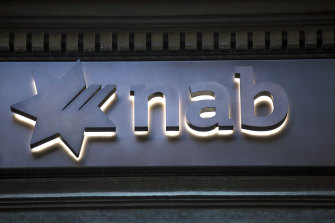 NAB has enlisted a recruitment firm to help find a non-executive director who has experience in running technology and challenger businesses. Mr Spenceley is a serial entrepreneur and was twice named an Ernst and Young Australian Entrepreneur of the Year winner.

“NAB did a bunch of work on whether I had the capability, but unfortunately with proxy advisers nowadays it’s fairly difficult to interact with them and change their view on things.”

Mr Spenceley said he wanted to focus on improving NAB’s culture, attracting millennial clients and aligning the bank’s strategy with innovation to keep up with the rapidly changing digital landscape.

“I think NAB have an interesting idea which is to put a Gen X person on the board, someone who comes from a different background, not from the banking background,” he said. “It was maybe a little too soon for some investors.”

One senior NAB source, who could not be named because they were discussing sensitive matters, said Mr Spenceley had “a lot of energy” but concerns were raised about his workload and handling of Vocus, where he left the company in 2016 after a failed proposal to oust chief executive Geoff Horth and shake up the board.

The Australian Financial Review published a scathing opinion piece about Mr Spenceley’s credentials on October 20, detailing his involvement with casinos in south-east Asia that had a licence revoked and shares suspended due to accounting irregularities.

“These proxy advisers came in said no, you just can’t have that many directorships and chair positions. Even if some of them aren’t that arduous. It was pretty black and white, that’s what I heard.”

The federal government launched consultation in April over greater regulations of proxy advisers, which could include broader requirements for proxies to hold financial services licenses and force them to provide advanced copies of research reports ahead of annual general meetings.

Treasurer Josh Frydenberg said the government is “continuing to consider the outcomes of the consultation process”.

“Given the influential role of proxy advisers in corporate governance in Australia and the high degree of institutional share ownership, the government remains committed to increasing the transparency and accountability of proxy advice,” he said.