New York (CNN Business)Investors are watching China closely for clues about when a recovery from the coronavirus-induced economic slump may begin in the United States.

Although it’s not yet clear that America is anywhere close to bottoming out — despite the fact that some states are getting ready to reopen for business — recent earnings reports from blue-chip Western firms with a big presence in China are encouraging.
Sure, data from China itself has been hinting that a rebound is starting to take hold. But many investors and economists take the official numbers from the Chinese government with enough grains of salt to fill the world’s oceans.

That’s why it’s perhaps even more important to hear what executives at large US and European multinationals are saying about a potential turnaround in China. And there are starting to be some cautious signs of optimism.

Big blue chips hopeful that China is turning around

Jeans giant Levi Strauss (LEVI) indicated when it reported earnings earlier this month that consumers are starting to shop again and demand is steadily improving — even in the epicenter of the coronavirus.
“Although traffic remains well below prior year levels, we have now reopened all our company-operated stores in China, including our beacon store in Wuhan,” said Levi Strauss chief financial officer Harmit Singh on a conference call with analysts earlier this month.
Singh added that sales have improved sequentially each week since stores reopened in March. And digital sales in China were up in March compared to a year ago. Gross profit margins are higher as well, Singh said.
These are the stocks Covid-19 is impacting the most — and the least
Industrial tools maker Snap-on (SNA) also alluded to a possible turnaround in China. CEO Nicholas Pinchuk told analysts on its investor earnings call this month that China is “showing some rays of light.”
“Restaurants are opening, and people are driving en masse,” Pinchuk said.
Big bank State Street (STT) in April also told analysts that its operations in Hangzhou are returning to normal as well, with about 75% to 80% of its employees there having returned to work after getting the go-ahead to do so in mid-March, 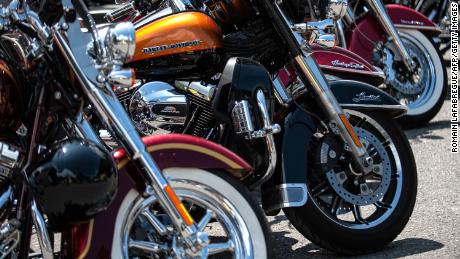 “Initially, people were wearing masks. And now you’re seeing a much more normal working environment,” said State Street CEO Ronald Philip O’Hanley during the bank’s most recent earnings call, referring to the fact that fewer workers in China now were wearing masks.
“I think that will stay for as long as there’s not another outbreak,” he added. O’Hanley noted that workers still get temperature checks before entering the offices, though.
Business conditions across the board seem to be gradually getting better.
BP’s (BP) upstream chief financial officer Murray Auchincloss said on a conference call Tuesday that demand in its lubricants business has “begun to recover in China in recent weeks.”
Meanwhile, mask and ventilator maker 3M (MMM) said it is also experiencing a rebound in China.
“We’re returning to growth in China. It’s pretty broad-based,” said 3M CEO Michael Roman on a conference call with analysts Tuesday. “We’re seeing the economy start to show signs of recovery..”
Even construction equipment giant Caterpillar (CAT), which reported a massive drop in sales from Asia (and China in particular) during the first quarter, is starting to see the signs of proverbial green shoots.
“The situation in China has obviously improved as the pandemic has lessened in that country. And so all of our facilities are operating in China again, and our suppliers are doing much better in China as well,” said Caterpillar CEO Jim Umpleby on a conference call Tuesday.

Still, it’s not yet clear if the worst is really over for China. Many of its big trading partners — i.e. the United States and Europe — are only now starting to see the worst negative effects of the Covid-19 outbreak.
That’s a key reason why economists at Moody’s are predicting that China’s economy will grow only 1% this year. China will be held back by weakness in its top trading partners, according to Moody’s.
Moody’s is forecasting that the US economy will decline by 5.7% this year and that the eurozone area will contract by 6.5%.
Fortunately, Moody’s thinks that China’s economy will rebound by 7.1% for all of 2021, “partially reflecting a revival in demand from its trading partners.” 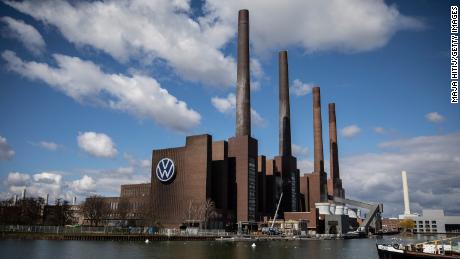 But even that might be overly optimistic, according to Giorgio Caputo, a senior fund manager and head of multi-asset strategy at J O Hambro Capital Management.
Caputo points out that any surge in demand from China could be temporary given that there are legitimate concerns about a second wave of Covid-19 later this year.
With that in mind, he thinks any surge in the economy may not last unless there is a vaccine or effective antiviral drug treatment for the coronavirus.
Barring that, social distancing measures that could hurt the global economy may remain the new normal.

It may also be a mistake to assume that the US and Western nations will rebound as quickly as China, a nation whose economy is heavily managed and controlled by the government.
“What kind of read through can we really get from China since it’s more of an autocratic society?” Caputo said. “When the order comes to reopen factories, you reopen factories.”
Source: Read Full Article