The suspension comes just two days after China’s largest ride-hailing service, which forced Uber out of mainland China five years ago, went public on the NYSE in the biggest US share offering by a Chinese company since Alibaba debuted in 2014. 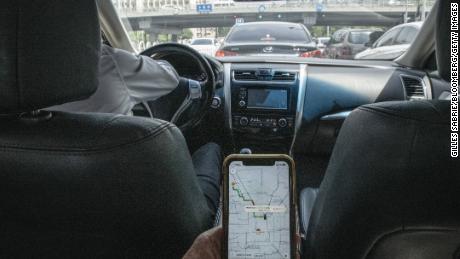 China put the suspension in place “to prevent the expansion of risk” during a “cybersecurity review” into the company, according to a statement from the country’s cyberspace administration.

It is unclear why the probe into “cybersecurity” against Didi has been launched.

Before the review, the company finished its first day of trading Wednesday at $14.14, 1% higher than its initial public offering price at $14. The stock climbed to a high of $18 during the trading session. At Wednesday’s closing price, Didi was valued at nearly $70 billion.

A crackdown on Big Tech

Didi’s debut on the NYSE and the “cybersecurity review” come amid a broader crackdown on Big Tech in China.
Several tech companies in the past few months have faced investigations for alleged monopolistic behavior or breaches of customer rights leading to record fines and massive overhauls. Chinese President Xi Jinping has endorsed the probes, setting regulatory crackdowns as one of the country’s top priorities in 2021, and he has continued to call on regulators to scrutinize tech companies.
In April, Alibaba, the online shopping giant co-founded by Jack Ma, was fined a record $2.8 billion after antitrust regulators concluded the company had behaved like a monopoly. Days after the fine was issued, Ant Group, another part of Jack Ma’s business empire, was ordered to to overhaul its operations and become a financial holding company supervised by the central bank. 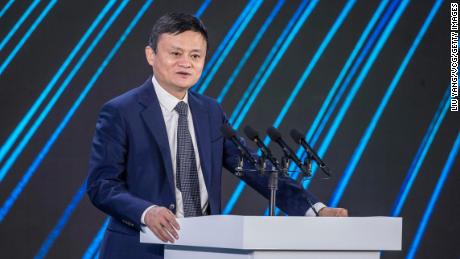 Following these crackdowns, China’s State Administration for Market Regulation (SAMR) gathered 34 companies and issued a warning to stop any anti-competitive behavior and ordered internal inspections. Didi was among the summoned companies.
Last month, Reuters reported that Didi was being investigated by SAMR for antitrust concerns. According to anonymous sources in the report, the company was being probed about whether it had “used any competitive practices that squeezed out smaller rivals unfairly.”
Didi said in a statement at the time that it would “not comment on unsubstantiated speculation from unnamed sources.” SAMR did not respond to a request for comment from CNN Business.

Founded in Beijing in 2012 by former Alibaba manager Cheng Wei, Didi now boasts 377 million active users in China alone.
After its launch, Didi quickly won support from heavyweights including Apple, Softbank and Alibaba. In 2015, it acquired its top local competitor, Kuaidi Dache. By 2016, Didi also bought Uber’s China business, ending the company’s presence in the country. Former Uber CEO Travis Kalanick acknowledged Didi as “a fierce competitor,” and agreed to have the companies exchange stakes. (Didi exited its position in Uber late last year. Uber retains a stake of about 12% in Didi.)
The ride-hailing service has also expanded its offerings as it has grown, now including bike-sharing, taxi and carpooling service options.

While the company now considers itself the world’s largest mobility platform with users in 15 other countries outside of China, it is still reliant on its home market with more than 93% of sales coming from China. In a letter to investors last month though, Will Wei Cheng and Jean Qing Liu, who serve as CEO and president, respectively, shared that they want the company to become “truly global.”
— CNN’s Yong Xiong, Rob North, Michelle Toh, Laura He and Jill Disis contributed to this report
Source: Read Full Article