The Commonwealth Bank will lift variable interest rates on mortgages by 0.5 percentage points and raise rates on a key savings product by the same amount, following the RBA’s hike in official interest rates this week.

After a period of silence from the big four banks since the central bank’s rate rise on Tuesday, the nation’s biggest lender was the first to move of the majors on Thursday, saying it would raise variable home loan rates by 0.5 percentage points. The change will take effect from August 12. 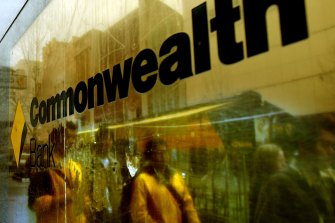 CBA is raising mortgage rates by 0.5 percentage points, and it will raise rates on a key savings product by the same amount.Credit:Michael Clayton-Jones

In a sign banks are also starting to compete more aggressively for deposits, CBA also said it would increase rates on its NetBank saver product by 0.5 percentage points to 0.85 per cent.

Since the Reserve Bank began raising interest rates in May, banks’ home loan rates have risen by far more than their rates on deposits, a dynamic that has boosted bank profits while also attracting growing scrutiny from politicians and regulators.

Earlier this week, Treasurer Jim Chalmers expressed his disappointment over the lack of interest rate pass-through to savers. Analysts have also noted the profit “tailwind” banks are getting from their deposit pricing.

Australia’s lenders including CBA are likely to make hundreds of millions of dollars more from increasing interest rates on their mortgage portfolios than what it will cost them to raise rates on customers’ deposits, analysts expect.

CBA will report its full-year results next week, and Morgan Stanley analysts expect the bank is likely to have received a $250 million boost to net interest income from rising interest rates and bond yields. The analysts say CBA is likely to receive an even larger benefit in the current December half because its “deposit pricing power easily offsets mortgage competition”.

CBA does not disclose how much money is held in NetBank saver accounts, but it is much less than the roughly $330 billion CBA had in variable home loans at its latest results.

As well as its changes to variable interest rates, the bank announced it would offer an 18-month term deposit special of 3 per cent, and it would cut rates on four-year fixed rate mortgages by 1.6 percentage points to 4.99 per cent for owner-occupiers paying principal and interest.

Macquarie Group on Tuesday also said it would raise variable mortgage rates on the 12th of August. After recently launching a push to expand its share in the deposit market, Macquarie plans to increase the rate on its transaction and savings account by 0.5 percentage points, to 2.25 per cent.

Reserve Bank governor Philip Lowe this week raised official interest rates for the fourth month in a row, taking them to 1.85 per cent as the central bank looks to slow the economy to tame inflation.

Amid concern about the economic cost of aggressive interest rate rises, financial markets have started to bet that while there will be more RBA rate rises this year, taking the cash rate to a peak of about 3.25 per cent, the central bank will then change course and lower the cash rate to 3 per cent in by late 2023.