Commonwealth Bank chairman Catherine Livingstone will retire from the banking giant’s board in August after more than five years in the job, to be replaced by former Bluescope chief executive Paul O’Malley.

Livingstone, who has led CBA’s board during a period of major change including a run of damaging scandals, on Wednesday said it was the right time for a new chair, saying the bank had made significant progress on its strategy. 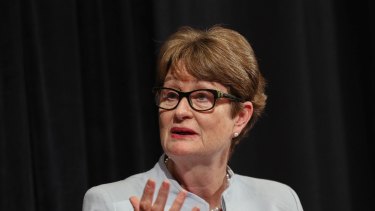 Livingstone took the reins as chair in 2017 as CBA was reeling from a scandal in its former financial advice business, and later that year it was hit by a bombshell lawsuit from the financial intelligence watchdog.

CBA’s compliance woes were seen as key contributor to the 2018 banking royal commission, which delved further into misconduct in the bank, in particular in its wealth management arm.

“I have been honoured to serve as CBA’s Chair through a time when the bank has addressed a number of complex challenges and in doing so, rebuilt its reputation as an organisation that seeks to deliver positive outcomes for its customers, people and shareholders,” Livingstone said on Wednesday.

Livingstone highlighted the role played by CBA during the coronavirus pandemic, when it and other banks provided extensive support to customers through loan deferrals and other emergency measures.

O’Malley was CEO of Bluescope for 10 years until 2017, and joined CBA’s board as a non-executive director in 2019.

O’Malley said: “It is a privilege to be appointed Chair of the Commonwealth Bank. With the support of the Board, CEO and management team I am absolutely committed to helping CBA build on the strong progress achieved over recent years under Catherine’s leadership and continuing to deliver rewarding outcomes for all our stakeholders.”

Under Livingstone’s leadership, CBA’s board appointed chief executive Matt Comyn in 2018 to improve the bank’s culture and focus on its core strengths in retail and business banking.