Tyro Payments’ largest shareholder, Mike Cannon-Brookes-owned Grok Ventures, has taken aim at the fintech’s board for refusing to engage with potential buyers of the business, saying it appears to be ignoring shareholders’ interests.

Tyro’s board, led by former Telstra boss David Thodey, this week rejected a sweetened $875 million offer from a consortium led by private equity firm Potentia Capital, saying the non-binding bid significantly undervalued the company. Tyro also said it would cease current talks about selling the company, though it remained open to “credible” offers for the business. 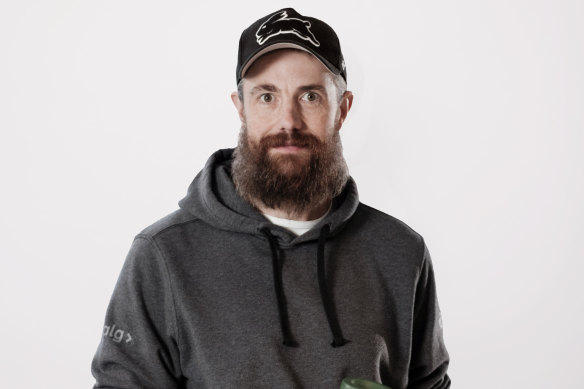 Mike Cannon-Brookes’ Grok Ventures has made it clear it wants to sell its 12.5 per cent stake in Tyro to Potentia.Credit:Oscar Colman

The board’s move, and a separate announcement from Westpac that it was no longer interested in buying Tyro, helped to send Tyro’s share price crashing almost 18 per cent on Monday. Tyro shares regained some lost ground on Tuesday, and had risen 14 per cent to $1.37 by early afternoon.

Cannon Brookes’ investment vehicle Grok Ventures has made it clear it wants to sell its 12.5 per cent stake in Tyro to Potentia, and on Tuesday it aired its frustrations in a statement. The statement said Grok and other investors that owned almost a fifth of Tyro’s shares between them were “dismayed” that the board had declined to engage with suitors.

“Grok is disappointed the Tyro board has refused to engage with Potentia on its revised proposal of $1.60 per share, which is a 62 per cent premium to the undisturbed share price,” the statement said.

“Grok joins a growing chorus of Tyro shareholders who are publicly dismayed at the board’s refusal to engage including Wilson Asset Management, QVG, and Harvest Lane. Together, this represents almost 20 per cent of the register.

“The board has a fiduciary duty to act in the best interests of shareholders, but instead appears to be ignoring them,” the statement said.

Tyro’s Thodey-led board on Monday defended its stance by arguing the latest bid came at a time of “cyclical weakness” in technology valuations, saying Tyro shares had traded as high as $2.92 in the last year. Tyro said it remained focused on executing its current strategy, and it was open to “credible” proposals to buy the business.

However, some investors maintain technology valuations were previously pumped up by ultra-low interest rates, and the share price weakness is more than “cyclical”.

Another Tyro shareholder pushing for the board to engage with Potentia, QVG Capital portfolio manager Chris Prunty, said the $1.60 a share offer from Potentia was not a “knock-out price”, but the board should engage with any future bid. “Why not let shareholders decide?” Prunty said.

JP Morgan analyst Bob Chen said in a report on Tuesday that a takeover appeared less likely after the Tyro board decision, and Westpac’s move to walk away from any deal. Chen said recent trading updates from Tyro had been “strong” and the company’s momentum appeared “robust” heading into 2023.