The world’s largest asset manager expects the Russia-Ukraine war will accelerate the shift to green energy as global economies seek to become self-sufficient in their power supply.

“Energy now is moving from just a green issue, it’s clearly becoming a broader societal issue, including self-reliance and the importance of being able to have resilient energy infrastructure,” said Ben Powell, Blackrock’s chief investment strategist for the Asia Pacific region, during an online webinar organised by the asset manager on Wednesday. 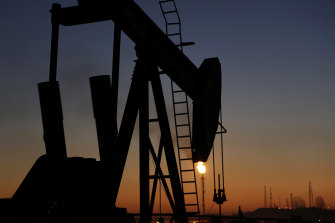 Some federal politicians, including Nationals senator Matt Canavan, have used the Russian invasion of Ukraine to urge Australia to rethink its move away from coal, oil and gas as its main energy sources.

But Mr Powell said recent geopolitical instability would only serve to accelerate the green power transition and remind global leaders of the importance of energy independence.

“We would see this, sadly of course, as an accelerant of the transition towards energy sources of the future and away from some of the infrastructure of the past, which has sadly shown to be fraught with, let’s say, challenges over the last several weeks,” he said.

Mr Powell said business and political leaders were increasingly prepared to “sacrifice” efficiency for resilience when investing in industries that are critical to the functioning of society, such as power generation and healthcare.

New York-based Blackrock, which controls around $US9.5 trillion ($13 trillion) in assets, has been at the forefront of the private sector’s decarbonisation push, and chief executive Larry Fink has become a powerful agitator on climate change. In the aftermath of the Australian summer bushfires in 2020, Blackrock made global headlines when it announced plans to fully divest from thermal coal across its actively managed investment portfolios.

The US asset management giant has also taken an activist stance at the company-level in pushing for deeper emissions cuts and clearer decarbonisation plans. In 2020, it voted against a recommendation by AGL’s board and supported a shareholder proposal that called for the early closure of the company’s coal-fired power stations.

Technology billionaire Mike Cannon-Brookes and Canada’s Brookfield launched a takeover bid for AGL last month as part of a plan to accelerate the closure of its coal plants. Mr Powell did not comment specifically on AGL, but said the recent global instability would accelerate investment in “energy supply of the future”.

“It is going to continue to be a central part of the broader political debate all over the world, this issue of trying to rely on oneself a bit more and having a bit more confidence in supply chain resilience.”