As Bitcoin approaches record levels last reached in December 2017, it turns out Wall Street isn't the only group interested in the cryptocurrency now Hollywood wants in.

'Game of Thrones' star Maisie Williams sparked a discussion earlier this week after putting out a poll on Twitter asking her 2.7 million followers if she should "go long on bitcoin," a bullish bet on the asset class.

Billionaire bitcoin investor and Galaxy Digital CEO Mike Novogratz immediately chimed in, telling the actress he bought more of the digital currency when it was priced at $15,800 earlier this week. Novogratz said that he expects the price to surpass $20,000 and then $65,000 due to a "network effect" taking over. 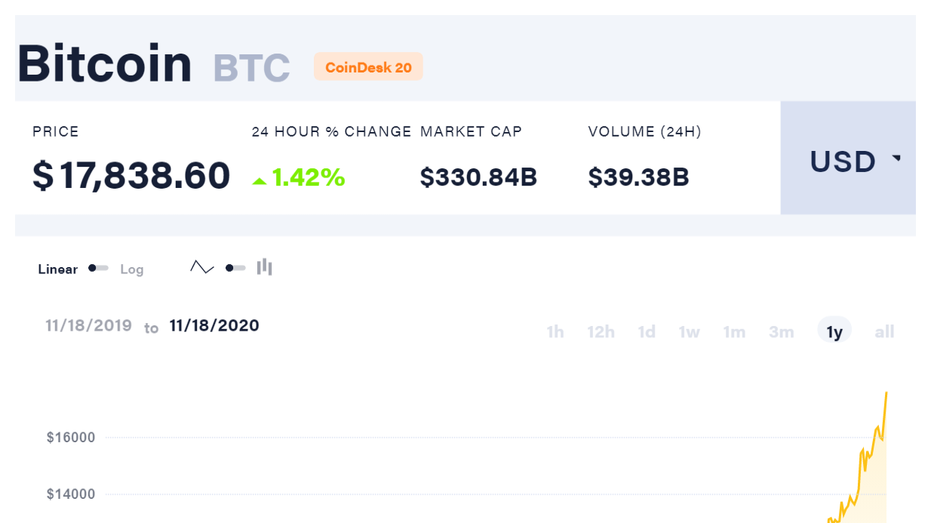 "I see tons of new buyers and there is very little supply," he added. "It’s an easier trade here than at 11k. So YES, buy it."

"Happy to help if you've got questions and want to avoid scams in the space," he added.

The poll also caught the attention of Tesla CEO Elon Musk, who was one of many high-profile victims of a cryptocurrency scam on Twitter over the summer.

Musk jokingly replied "Toss a bitcoin to ur Witcher," referencing the popular Netflix series which Williams is not a cast member. She quickly fired back "how's blue origin going?," referencing the Jeff Bezos-owned aerospace company and SpaceX competitor.

Ultimately, Williams made the decision on Tuesday to buy more bitcoin.

"Thank you for the advice," she wrote. "I bought some anyway."

While bitcoin and other cryptocurrencies have seen increasing acceptance into the mainstream, some investors still worry that winter may be coming.

Billionaire hedge fund manager Ray Dalio said he still has many concerns about bitcoin, though he acknowledged he "might be missing something."

In a lengthy Twitter thread, Dalio argued bitcoin is "too volatile for most merchants to use" and that it "has little correlation with the prices of what I need to buy so owning it doesn’t protect my buying power."

He added that he "can’t imagine central banks, big Institutional investors, businesses or multinational companies using it," noting that even if bitcoin becomes successful and threatening enough to other currencies, governments will just outlaw it and make it too dangerous to use.

"I think it'll have some role on the outskirts of our financial ecosystem, but it's surprised me how well it's done," he said, citing the currency previously breaking the $16,000 threshold on Nov. 12.