Australian biotech Starpharma is taking its COVID-fighting antiviral nasal spray to the world, signing a deal with UK chemist chain LloydsPharmacy to sell the product in Britain as the country emerges from lockdown.

The Melbourne-based company announced a deal on Thursday morning that will see its Viraleze virus-fighting product sold online in the UK starting next week. It will also be stocked in Lloyds’ 1400-strong pharmacy network.

Chief executive Jackie Fairley declined to comment on the value of the deal, but said the successful launch of the product overseas would pave the way for its long-term use beyond the pandemic. She said the company was also planning to register Viraleze in Australia, but would focus on COVID-ravaged Europe in the first instance. 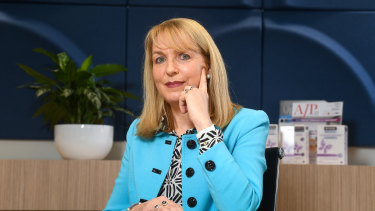 “It’s been a pretty frenetic 12 months, and we’re delighted to have gotten to this point,” she said. “Clearly this market [Britain] is a very large market – this is a broad spectrum antiviral and it’s a product that has applications more broadly. The UK is currently locked down and will be emerging in a couple of weeks. This [deal] achieves a very high level of distribution through that market rapidly.”

The move makes Starpharma the first ASX-listed biotech to bring a COVID-19 preventative product to a global retail market. It comes after a year in which almost every drug developer around the world has tried to pivot its treatments towards the virus.

Starpharma started work on Viraleze around a year ago, convinced that SPL7013, the active antiviral compound that it already uses in registered antiviral condoms and sexual health products, could prove useful in stopping SARS-CoV-2 in its tracks.

Unlike vaccines for coronavirus, Viraleze has not gone through large-scale human trials and instead has been tested in the laboratory for its effectiveness. The company has been able to launch the product quickly because the active ingredients have already been reviewed and registered for use in Europe.

The company says the product is a “broad spectrum antiviral” spray that has been shown to inactivate 99.99 per cent of the virus that causes COVID-19 in lab studies.

The product is intended to be used alongside vaccines and other preventative measures as an extra level of protection against the virus and other viruses including influenza for candidates such as healthcare workers.

Dr Fairley said Viraleze was designed to be used in the overall battle against COVID alongside masks and vaccines.

“We’re not making a claim that [it] is the same as vaccines,” she said.

Investor interest in Starpharma has been strong over the past year, with the company raising $48.9 million last September to strengthen its cash position ahead of the launch. Its shares have gone from 72c a year ago to a high of $2.49 in February, pushing the business towards a billion-dollar market capitalisation.