The corporate watchdog is investigating Australia's largest equities trading platform over an outage in mid-November that potentially breached its market licence obligations.

The ASX confirmed on Monday morning that the Australian Securities and Investments Commission was investigating the four-hour outage on November 16, that could have breached its obligations to provide a transparent and efficient market.

"ASX acknowledges that this is appropriate given ASIC’s regulatory oversight," it said. "ASX takes its obligations very seriously and will cooperate fully with ASIC." 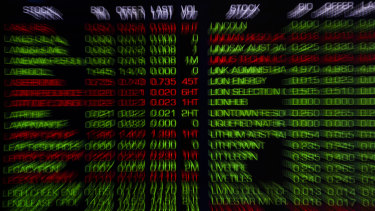 ASIC is now investigating the ASX over its trading outage on November 16. Credit:Louise Kennerley

The statement was authorised by the ASX’s group counsel Daniel Moran and comes after ASIC flagged last week it was concerned about the trading platform’s infrastructure.

"ASIC is concerned that there have been further issues with infrastructure at ASX and is working with stakeholders to ensure that any impact on the fair, orderly and transparent operation of the markets is minimised," ASIC said in a statement last Tuesday.

The benchmark index paused unexpectedly at 10.24am last Monday and was frozen for more than four hours. The ASX later said the outage was due to glitches caused by the launch of a new ASX matching system, Centre Point, and trading was called off for the day at 3pm.

It was the worst trading outage for the ASX in four years and the latest system malfunction since it relaunched its public-facing website in October, that has been plagued by technical difficulties and design flaws.

ASIC said the glitch should serve as a reminder for traders to have "sufficient flexibility" for alternative trading venues in the event of another outage. "ASIC expects market participants that have not already done so to take reasonable steps to remove their reliance on Centre Point swiftly and safely."

Trading competitor Chi-X chief executive Vic Jokovic did not want to comment on ASIC's investigation but said the company had seen heightened activity on November 16 and subsequent days.

"Short-term, it’s more significantly higher. There’s the prospect we will see some of that continue into the longer-term." 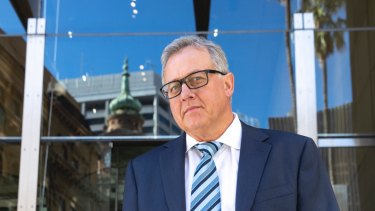 Vic Jokovic, CEO of trading competitor Chi-X, did not want to comment on ASIC’s investigation but said the company had seen heightened activity on November 16 and subsequent days.Credit:Louie Douvis

"I was surprised by Chi-X not picking up the slack given it's the first time we’ve had visibility of the ASX not being available," Mr Kessler said.

Two companies, Native Mineral Resources and Universal Store Holdings, were due to launch initial public offerings on the day of the trading outage. However, it's understood ASIC has not received any complaints from companies about the outage.