Wealth giant AMP has announced it has received a takeover proposal from an American private equity firm to acquire 100 per cent of its shares, almost two months after it put parts of the company up for sale.

AMP told the market on Friday morning it had received an indicative, non-binding, conditional proposal from Ares Management Corporation to buy the company, but said no decision had been made. It didn't provide any details on the pricing of the proposal. 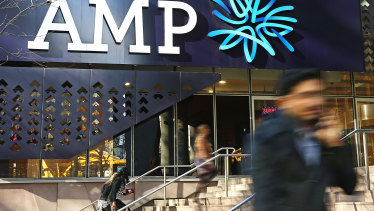 AMP has received a takeover bid from a US private equity firm.Credit:Getty

"AMP notes discussions on the proposal are at a very preliminary stage and there is no certainty that a transaction will eventuate," it said.

AMP appointed a team of consultants and lawyers on September 2 to examine opportunities presented by third parties keen to buy AMP's assets. AMP, which has been beset by reputational damage this year, said it had received "significant interest" in its assets and businesses and would assess its options in a "considered and holistic manner".

Sources familiar with the negotiations have said chief executive Francesco De Ferrari does not want to splinter the group and instead would prefer to stick to the company's three-year transformation strategy. Mr De Ferrari has previously said he considered the business undervalued.

The statement said AMP would also consider "continuing to pursure its three-year strategy, with a focus on maximising shareholder value".