Afterpay’s shareholder vote on its $39 billion takeover has been delayed as it awaits approval from Spain’s central bank, a development that could also potentially push back the date by which the deal closes.

The move to postpone the crucial vote came as Afterpay’s suitor, Square, announced it would change its name to Block, a move it says reflects the company’s growth plans beyond merchant payment terminals. 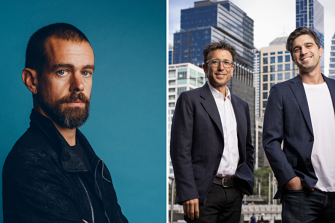 Afterpay’s board is urging shareholders to support the takeover by United States fintech Square, led by Twitter co-founder Jack Dorsey, in a blockbuster $39 billion deal announced in August. The all-scrip deal will be the biggest takeover in Australian history if it goes ahead, and Afterpay shareholders had been due to vote on the takeover next Monday.

Square’s investors have voted in favour of the transaction, Aferpay co-founders Anthony Eisen and Nicholas Molnar support the buyout and investors are also expected to support the deal.

But in an ASX announcement on Thursday, Afterpay said the ballot was being delayed by a regulatory approval it needed from the Bank of Spain, with which it holds a European licence. It has decided to push back the shareholder meeting until either later this year, or the new year.

The companies still expect the deal to close in the first quarter of 2022, but it may not be wrapped up in January, as had been previously flagged by the company. “Afterpay and Square are confident that the Bank of Spain condition will ultimately be satisfied,” the company said.

Afterpay shares were down 6 per cent to $100.10 in late afternoon trading, after Square shares also lost ground overnight.

Afterpay said its directors continued to unanimously recommend shareholders vote in favour of the deal, which will result in Australian investors being paid in US-listed or ASX-listed Square shares.

Meanwhile, Square announced on Thursday it was changing its name to Block, as it sought to highlight the growing number of businesses beyond the white payment terminals that are part of its “Seller” business.

Alongside its plans to buy Afterpay in a $39 billion deal, the US fintech has a growing consumer app that provides peer-to-peer payments, and platforms for trading shares and cryptocurrencies. The company said the change in name “creates room for further growth”.

Mr Dorsey, who this week stepped down as CEO of Twitter, said the Square name was tied to its merchant business, which provides small white payment terminals to retailers.

“We built the Square brand for our Seller business, which is where it belongs. Block is a new name, but our purpose of economic empowerment remains the same. No matter how we grow or change, we will continue to build tools to help increase access to the economy,” Mr Dorsey said.

Further explaining the name change, the company said: “The name has many associated meanings for the company — building blocks, neighbourhood blocks and their local businesses, communities coming together at block parties full of music, a blockchain, a section of code, and obstacles to overcome.”