Former Secretary of State Mike Pompeo on U.S. and Germany reaching an agreement on the Russian Nord Stream 2 pipeline, arguing the deal will benefit ‘rich oligarchs in Russia’ and ‘wealth elites in Germany.’

The U.S. and Germany have made a deal to avoid sanctions on the Nord Stream 2 natural gas pipeline, which may turn out to be a major geopolitical blunder.

Fox News has confirmed the deal, which may be announced Wednesday, allows for the completion of the controversial pipeline that runs from Germany to Russia under the Baltic Sea.

The Biden administration and German Chancellor Angela Merkel both are putting their faith in Russia's Vladimir Putin even though his track record when it comes to using oil and natural gas as a political weapon is widely documented. 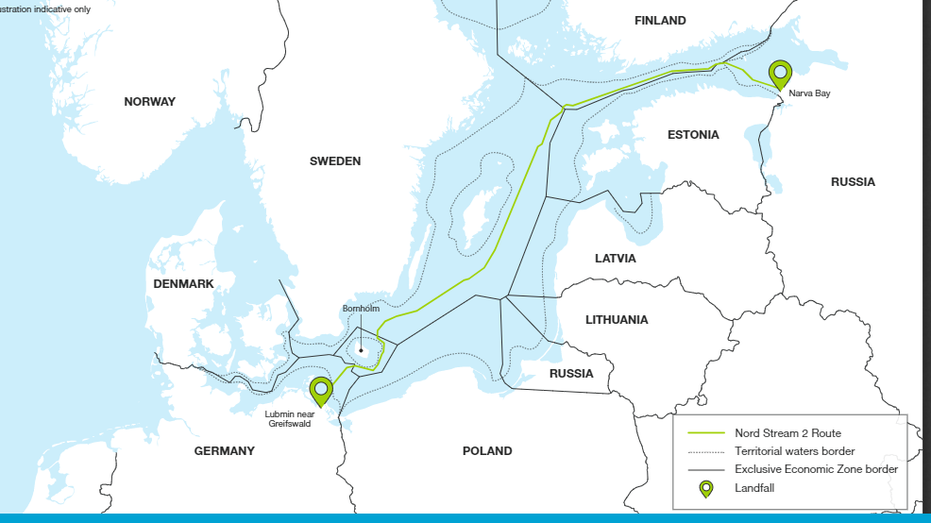 Germany, in its efforts to secure low-cost cleaner-burning natural gas, is looking to lower their carbon emissions and has been pushing to make a deal with the devil while developing the Nord Stream pipeline, even as there were strenuous objections from the Trump administration.

Trump's team said Germany's deal to allow Russia to supply natural gas would be rewarding Russia for bad behavior after the annexation of  Crimea. It would also put Ukraine at further economic risk. While Russia has a lot of natural gas, they still have to be dependent on Ukraine and other former Soviet satellite states for pipelines.

The Nord Stream 2 pipeline would deprive Ukraine of much-needed revenue to stand up against its Russian foes and it puts the entirety of Europe at risk because the Ukraine and Yugoslavia have already been victims of decisions by Russia to cut off their supply. Ukraine would lose its lucrative transit fees as the Nord Stream bypasses Ukraine. 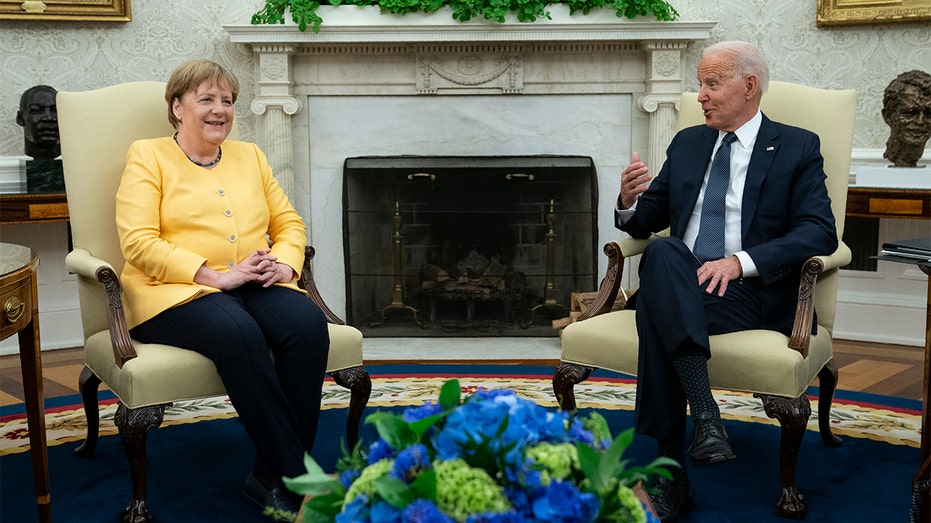 While both Biden and Merkel say they will work together to not allow  Moscow to use energy as a weapon against its neighbors, they're not making very clear how they propose to do that. Germany has promised to reverse flows of Russian gas to Ukraine if supplies are cut off, but that doesn't assure us that Russia won't cut off supplies to Germany and the rest of Europe.

Russia has used trumped-up charges of underpayment for cutting supply to Yugoslavia and Ukraine but because of the way the pipeline system is set up it left the entire continent of Europe vulnerable to being left out in the cold.

At the same time, U.S. energy producers at one point became the biggest natural gas producer in the .world and would be a more reliable supplier to Germany and other European nations.

U.S natural gas prices are cheaper than the global market and even though there are transportation costs to move natural gas and to liquefy the product, it still would have been a benefit to Europe to have a reliable supplier.

In a larger sense, Russia understands that if they are going to dominate the region they have to dominate the energy supply. Russia is trying to use that influence by working more closely with their allies in the OPEC cartel to control the global oil and gas supplies and even looking to drill for supplies at the North Pole.