The Biden administration’s decision to cancel American energy is hurting American families. Montanans understand firsthand that high gas prices, while regularly traveling long distances, have a devastating impact on one’s wages. And the American people who are paying the most at the pump are the ones who can least afford it. We must revitalize America’s energy production and energy dominance to give long-term relief to the American people and assure our security.

On his first day in office, President Joe Biden initiated his war against fossil fuel production in the United States, signing an executive order to cancel the Keystone XL pipeline. The Keystone XL pipeline was prepared to bring in over 800,000 barrels of crude oil a day to U.S. refiners, 150,000 barrels of that being pumped out of the Bakken region in Eastern Montana and Western North Dakota.

Thousands of jobs were lost, and local economies were dealt a life-altering blow. Shortly thereafter, the president announced a moratorium on oil and gas leases on U.S. lands and waters — a crushing blow to America’s oil and gas production. As a direct result of these decisions, American families are feeling the negative effects every time they fill up their gas tanks.

BIDEN ADMINISTRATION ON THE DEFENSIVE AS DISMAL ECONOMIC REPORT LOOMS

Not only has Biden severely compromised our nation’s ability to produce energy domestically, but he has also refused to take responsibility for the nearly 60% increase in energy prices. From oil and gas companies to Russian President Vladimir Putin, Biden has blamed practically everyone else for why Americans are paying hundreds of dollars more every month for gas and energy. Meanwhile, American oil and gas companies are being demonized and scolded by the Administration almost daily for not producing more oil. 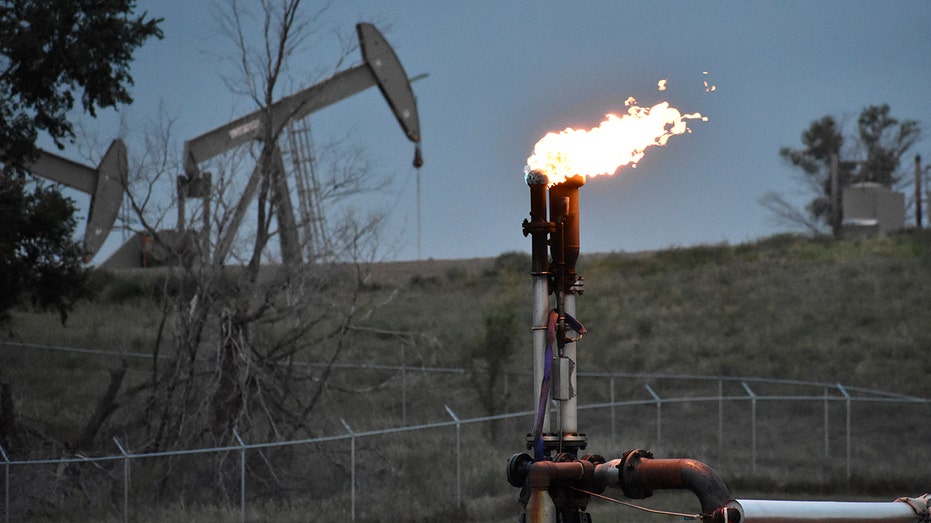 FILE – A flare to burn methane from oil production is seen on a well pad near Watford City, N.D., on Aug. 26, 2021. The U.S. government this week is holding its first onshore oil and gas sales from public lands since President Joe Biden took office. ( (AP Photo/Matthew Brown, File) / AP Newsroom)

In addition to passing all blame, the president continues to look to foreign adversaries for our energy needs. Earlier this year, Transportation Secretary Pete Buttigieg said that the option to import oil from Iran is "on the table," and shortly thereafter the Biden administration sent a delegation to Venezuela to discuss resuming relations with dictator Nicolas Maduro and to weigh the option of importing Venezuelan oil. And most recently, Biden took a trip to Saudi Arabia to meet with Prince Mohammed bin Salman to discuss the option of importing Saudi oil to the United States, all while selling our Strategic Petroleum Reserves to China.

Not once has the president considered the solution staring him right in the face: revitalizing domestic energy production. The United States is fully capable of producing these resources more cleanly and efficiently than most places in the world. Before we turn to socialist nations or countries that openly chant "Death to America!" in the streets, we must harness the potential in our own backyard.

Due to the state’s population and geography, Montanans’ use of gas is critical for their livelihoods. It is not uncommon for some Montanans to travel anywhere from 100-200 miles a day. As this administration continues its anti-American energy directive, Americans suffer.

Earlier this year, I introduced legislation to restore onshore and offshore energy production in the United States, but Democrats in Congress have refused to address one of the major crises facing our nation today. American energy means lower prices for consumers at home and greater energy security for us and our allies. The Biden administration needs to end its war on domestic energy production immediately and restore our nation’s energy dominance.