Treasury Secretary Janet Yellen on Monday called on European holdout countries that have not signed onto the global minimum tax deal to support the breakthrough agreement, though she has said it's not necessary for all nations to adopt it.

"We hope all EU member states will join the consensus and the European Union will move forward on this issue at EU level," Yellen said in a statement following the meeting of G-20 finance ministers and central bank governors in Venice, Italy. "This race to the bottom must end, and working together we can ensure that it does."

WHAT IS A GLOBAL MINIMUM TAX, AND HOW WOULD IT WORK?

In June, 131 of the 139 countries in the Organization for Economic Cooperation and Development agreed to a long-sought conceptual framework to overhaul the global tax system, including a minimum rate of at least 15% on multinational corporations, regardless of where they operate.

The group of three European Union countries – Estonia, Hungary and Ireland – resisting the revamp of the corporate tax is perhaps most significant, because a unanimous decision may be required among the 27-member bloc in order for it to adopt the initiative.

Yellen told reporters on Saturday that she believed some of those countries' concerns could be addressed before the G-20 leaders' summit in October, when the OECD nations hope to finalize the tax agreement.

"We'll be trying to do that, but I should emphasize it's not essential that every country be on board," she said, according to Reuters. "This agreement contains a kind of enforcement mechanism that can be used to make sure that countries that are holdouts are not able to undermine – to use tax havens that undermine the operation of this global agreement."

Ireland, which has a 12.5% corporate tax rate, said it has "reservations" about the proposal, but suggested it is open to continuing negotiations and reaching an agreement that it can support. 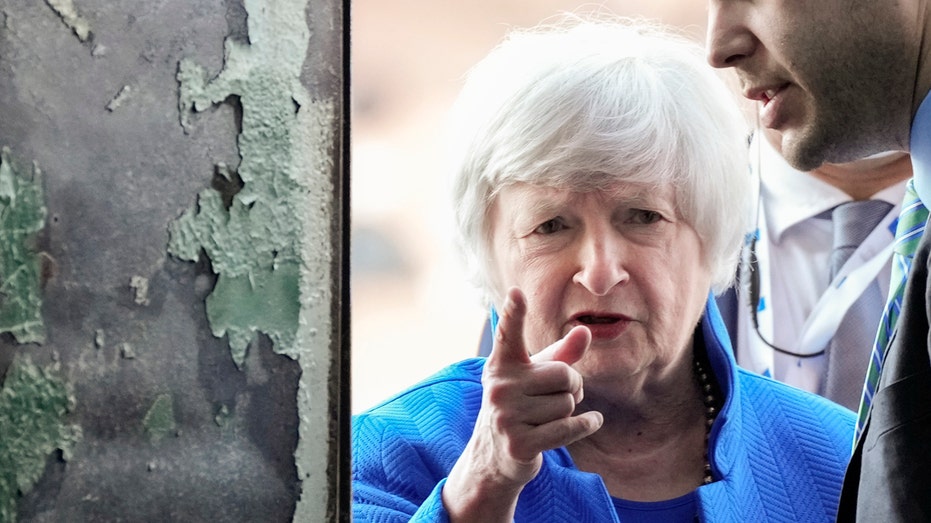 "I was not in a position to join the consensus on the agreement and specifically a global minimum effective tax rate of ‘at least 15%’ today," Irish Finance Minister Paschal Donohoe said. "I have expressed Ireland’s reservation, but remain committed to the process and aim to find an outcome that Ireland can yet support."

Hungary, which has a corporate tax rate of 9%, more forcefully rejected the measure, with the nation's finance minister Mihaly Varga saying the 15% rate is "too high."

"The global minimum tax would obstruct economic growth, the planned 15% tax rate is too high and it shouldn’t be levied on real economic activity," Varga said in a statement on Friday. He said that Hungary would continue "constructive" talks with OECD countries to reach an "appropriate agreement."

In Estonia meanwhile, officials said they weren't ready to "fully endorse" the agreement.

"We’re confident that as the technical details of the proposals are further developed over the coming months, the remaining member states will be able to sign up to the agreement," Daniel Ferrie, a spokesman for the EU executive, told Bloomberg News.

The minimum global corporate tax rate is intended to eradicate certain tax havens that allow multinational companies to shield their profit, while giving smaller countries more tax revenue from bigger firms. Yellen has said a global tax, which would apply to companies' overseas profits, would eliminate what she's described as a "global race to the bottom" in terms of corporate taxes.

Corporations employ a litany of tactics to reduce their tax liability, often by shifting profits, and revenues, to low-tax countries such as Bermuda, the Cayman Islands or Ireland, regardless of where the sale was made. The practice by American and foreign multinationals costs the U.S. tens of billions of dollars each year, according to the Treasury Department.

The OECD has pushed for years to eliminate corporate strategies that "that exploit gaps and mismatches in tax rules to avoid paying tax." The global minimum tax would apply to companies' foreign earnings, meaning that countries could still establish their own corporate tax rate at home.