Don’t values drop when there’s a recession? What’s going on – and can the rise continue?

Australia’s Teflon-coated property market appears to have proved itself again. Despite the country’s first recession in nearly three decades, Aussie home values – including houses and apartments – ended 2020 a solid 3 per cent higher, according to CoreLogic data.

According to another report, the Domain House Price index released on January 28, the nation’s median detached house price hit a record high of $852,940 in the December quarter. Sydney’s median house price tapped $1,211,488 – a record peak – and Melbourne’s hit $936,073.

All this, despite the steepest decline in population growth in decades thanks to international border closures – something that should, in theory, reduce demand for housing.

Nationally, many punters are now tipping double-digit property price gains ahead. Westpac economists are banking on a 15 per cent boom in prices over the two years starting this December quarter.

But don’t values drop when there’s a recession? What’s going on – and can it last?

You would think so – and history would be on your side. During the early 1990s recession, amid double-digit joblessness and high interest rates, home values in Sydney and Melbourne sank by about 10 per cent. Prices recovered within a few years in Sydney, but Melbourne took until about 1997 to fully recover losses.

But this has been a recession like no other.

In fact, despite rising joblessness during COVID-19, overall household income growth has actually increased. Our national savings rate is up, not down.

We are not the only economy to witness this phenomenon. In recession- and COVID-ravaged London, average home values have topped £500,000 ($886,000) for the first time, rising 9.7 per cent over the year to November thanks to pent-up demand and stamp duty relief.

In fact, says economist Saul Eslake, compared to the property boom seen in other countries during the pandemic, Australia’s rebound has been quite modest, so far.

“I think it’s important to view what’s happening to Australian house prices in a global context,” he explains. “Residential property prices have been remarkably resilient in most countries thanks to record low interest rates and ample supply of credit.”

“Prices in New Zealand were up 13.5 per cent – no wonder their government and central bank are talking about what to do to rein them in.”

No. Australia’s property market is never monolithic and COVID-19 has radically reshaped the pattern of demand for housing across the country – at least in the short term. The trend towards working from home saw regional home values jump 6.9 per cent in 2020, compared to a 2 per cent gain in capital city prices, according to CoreLogic data.

In regional NSW, home prices jumped 8.3 per cent. In regional Victoria, they were up 5.6 per cent.

Second-tier capital cities have also experienced a boom, with Adelaide house prices up 5.9 per cent, Hobart 6.1 per cent, Canberra 7.5 per cent and Darwin 9 per cent.

Working from home has eliminated the drawback of onerous commutes if buyers move further away from CBD locations in search of lower prices. Meanwhile, time cooped up with families at home has driven a preference for detached homes over smaller apartments – reversing a decades-long trend.

While capital city detached house values rose 2.6 per cent last year, unit values held steady – rising just 0.2 per cent. How long this trend towards decentralisation lasts will depend heavily on employer and employee attitudes to working from home post-COVID. 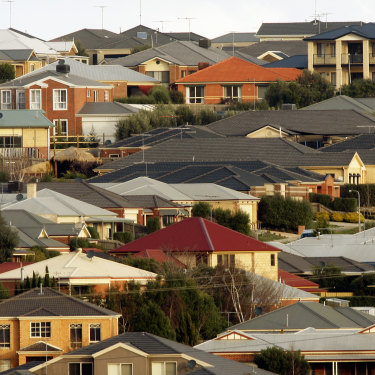 Yes, but there’s more to it. Home loan rates are certainly at very low levels – in some cases with a “1” per cent in front. Historically, every time Australian interest rates have fallen significantly, house prices have also risen. Lower interest charges enable borrowers to service a larger loan from a given level of income.

Restrictions on lending have also been eased.

In the later stages of the 2013 to 2017 price boom – again, fuelled by interest-rate cuts – policymakers introduced caps on lending to take some heat out of the market. They worked so well that property prices fell nearly 10 per cent. They were soon ditched, however, and prices were on the march again just before COVID-19 struck.

Today there appears little appetite to reinstate those sorts of “macroprudential rules” to slow lending, as policymakers do all they can to turbocharge growth. Last year, the Reserve Bank governor indicated interest rates would not rise for three years and the Morrison government relaxed responsible lending rules for banks. 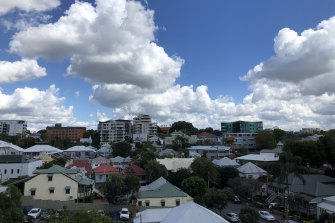 Houses by the river in Brisbane.Credit:Lucy Stone

So can home values continue to rise?

Westpac’s chief economist Bill Evans certainly thinks so. He says fears of a looming price crash this year, when borrowers with deferred-payment loans are forced to start paying again, are overdone: “It’s our view that that risk will be well managed.”

While there may be “some modest downward pressure on prices” in the few months when banks restructure loans for distressed borrowers, “broadly speaking the sort of fears that some have had – that that phase will be a very, very negative phase for house prices – I think will be unfounded”, he says.

Beyond that, Evans thinks ultra-low interest rates, combined with the government’s focus on growing the economy and desire not to over-regulate bank lending, will create a “very, very positive environment for the housing market”.

He tips Melbourne home values will rise 12 per cent over the two years following this December quarter. Sydney will be up 14 per cent and Brisbane 20 per cent.

“In fact, the risks are probably to the upside and the timing could be earlier and that’s because if people believe this story, they will tend to bring forward the good news. That happens in other markets and I think it’s likely to happen in the housing market.”

If that happens, capital city home prices will soon surpass their previous peaks. According to CoreLogic, Sydney home values – including units and detached houses – still need to regain another 3.9 per cent to surpass their July 2017 peak, while Melbourne values are still 4.1 per cent below their March 2020 peak.

Eslake agrees recent gains are unlikely to be undone: “I would say the rise in house prices is probably sustainable. Indeed, we could see further gains in many regional cities as people adapt to the opportunities created by the more widespread acceptance – at least for white-collar occupations – of working from home.

“Much of the demand is coming from first-time buyers, who appear to perceive an opportunity to get into the housing market without facing the competition from cashed-up immigrants or negatively geared domestic investors, which has ‘squeezed’ them out for most of the preceding 30 years.”

However, several factors are still weighing on the market.

The Reserve Bank expects population growth to remain subdued for the next two years and it is unlikely the massive boost to incomes over the past year from massive government stimulus will be repeated. Unemployment remains high and sustained wage rises may still be some way off.

But if policymakers have proved one thing during COVID-19, it’s that protecting the value of Australian homes remains a key plank of policy – even if first-time buyers may wish otherwise.

Practical tips and information you can trust from senior economics writer Jessica Irvine to help you budget, earn, invest and enjoy your money. Sign up to get it every Sunday.