The United States, Canada, European allies, and other countries announced a rash of sanctions against Russia over its invasion of Ukraine, including cutting Russian banks from the SWIFT messaging service, banning Russian aircraft, limiting the business dealings of Russian oligarchs, and other measures that will economically isolate the country.

Several Western companies have since announced that they are severing ties with Russia, both as a result of these sanctions and due to their disapproval of the invasion of Ukraine.

BP announced Sunday that it is exiting its 19.75% stake in Russian oil giant Rosneft and that two of BP's current and former executives will resign from the Russian company's board.

"Russia’s attack on Ukraine is an act of aggression which is having tragic consequences across the region," BP Chair Helge Lund said in a statement. "This military action represents a fundamental change. It has led the bp board to conclude, after a thorough process, that our involvement with Rosneft, a state-owned enterprise, simply cannot continue." 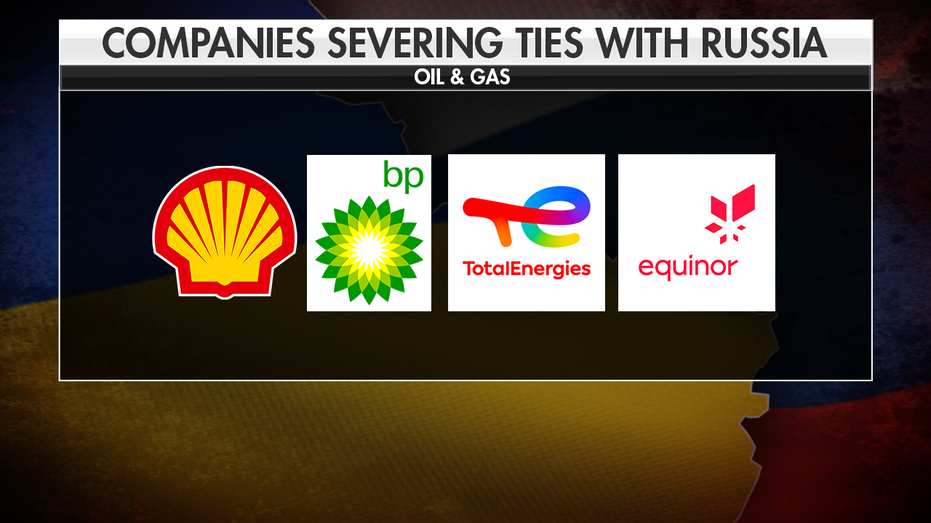 Shell followed suit on Monday, announcing that it was ending its relationship with Gazprom, exiting its 27.5% stake in the Sakhalin-II liquefied natural gas facility, and removing its involvement in the fledgling Nord Stream 2 pipeline.

ExxonMobil was the latest oil company to announce an exit from Russia on Tuesday evening, with the company saying in a press release that it is "fully complying with all sanctions" and "deeply saddened by the loss of innocent lives."

Several companies, including Google, TikTok, YouTube, DirecTV, and Meta, have restricted access to RT America, a Russian state-owned media outlet that the U.S. State Department describes as a critical element in "Russia’s disinformation and propaganda ecosystem."

Warner Bros, Disney, and Sony Pictures are all halting the release of upcoming films in Russia.

Apple announced it would cease selling all its products in Russia, including the iPhone, iPad, Mac computer, and other devices.

"We’re doing all we can for our teams [in Ukraine] and will be supporting local humanitarian efforts," Apple CEO Tim Cook tweeted last week. 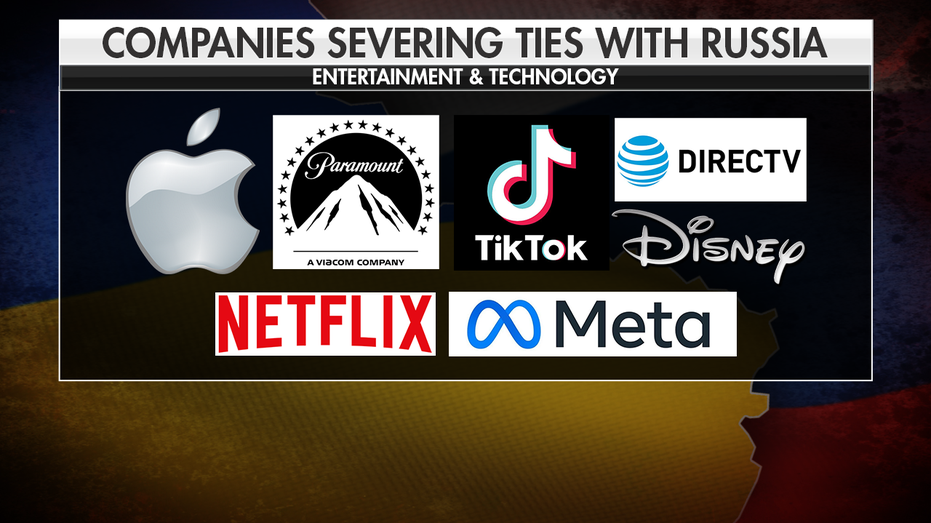 Netflix said it will not broadcast 20 Russian state TV channels that it is required to air under Russian media laws.

General Motors halted exports to Russia and said Monday that it is working to ensure the safety of its staff in the country.

Tesla does not have an official presence in Russia, but the company announced this week that its supercharging stations in Poland, Slovakia, and Hungary will be free to help the evacuation efforts from Ukraine.

MEET THE RUSSIAN OLIGARCHS GETTING SLAMMED BY US SANCTIONS

Harley-Davidson announced Tuesday that it is suspending business in Russia and halting all shipments of its motorcycles to the country. 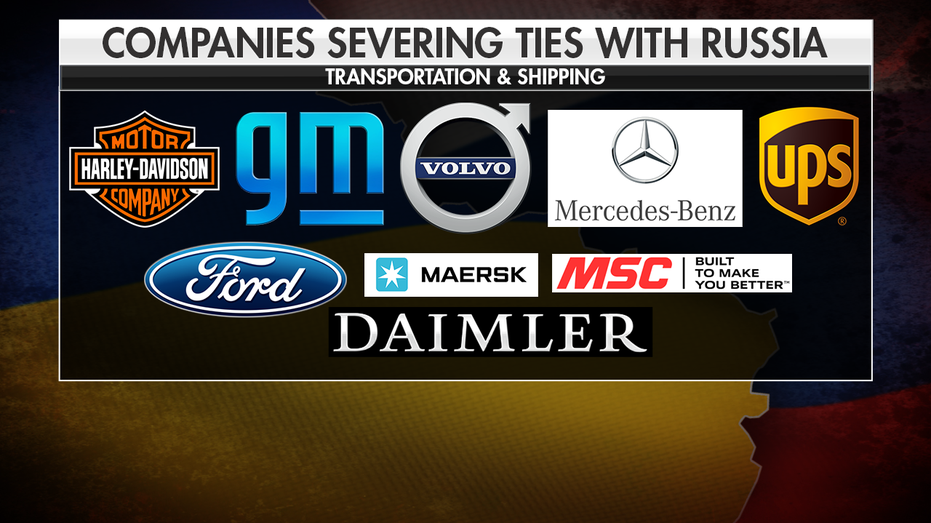 Maersk, the world's biggest shipping company, said Russia's invasion of Ukraine is already impacting the global supply chain and the company will cease all shipments to and from Russia, except for food, medical and humanitarian goods.

"This exception is to underline that our company is focusing on social responsibility and making the efforts to support society despite all the complications and uncertainties within the current supply chain to/from Russia," Maersk said in a news release on Tuesday.

The United Kingdom became the first nation on Tuesday to ban all Russian ships from entering British ports.

Several airlines, including American Airlines, Delta Airlines, and United Airlines, have stopped all incoming and outgoing flights to Russia.