In a matter of two months, the coronavirus disease 2019 (COVID-19) has put an end to the longest economic expansion on record, shut down nonessential businesses across much of the country, and displaced more than 30 million workers, according to initial unemployment claims. Never before have we witnessed this level of economic and labor market disruption in such a short time frame.

Knowing full well the ramifications of mitigation measures being implemented throughout much of the country, lawmakers in Congress passed and President Trump signed the Coronavirus Aid, Relief, and Economic Security (CARES) Act into law on March 27. At $2.2 trillion, it's the largest economic stimulus bill in history, with money set aside for hospitals, distressed industries, small businesses, and an expansion of the unemployment benefits program.

PROPOSAL TO GIVE $2,000 PER MONTH TO AMERICANS GAINS TRACTION IN SENATE

Yet the most defining aspect of the CARES Act is the $300 billion directed at stimulus payments for American workers and senior citizens receiving government benefits.

Who'll receive stimulus money, you ask? According to estimates from the Treasury Department, about 175 million Americans. Utilizing your most recent tax filing (either the 2018 or 2019 tax year), the Internal Revenue Service (IRS) will be able to determine your eligibility for an Economic Impact Payment, as well as calculate your payout.

In an ideal scenario, single filers will receive the maximum of $1,200, with married couples filing jointly netting a $2,400 payout. Qualifying dependent children under the age of 17 can also add $500 per child to what a parent or household receives. The key being that single, married, and head-of-household filers have adjusted gross income (AGI) below $75,000, $150,000, and $112,500, respectively.

DEAD TAXPAYERS GOT CORONAVIRUS RELIEF CHECKS. CAN SURVIVORS KEEP THEM

Thus far, the average stimulus recipient of the 89.5 million to have received their payout (through April 28) netted $1,792.40. That might sound great, but it's not nearly enough to cover the expenses of a typical single or married taxpayer.

Based on an April 22 Money/Morning Consult survey, 46% of the 2,200 survey takers had already spent their payout or believed it would last less than two weeks. In total, 74% of didn't expect their stimulus money to last beyond four weeks.

Make no mistake about it, most Americans desperately needed this money. The problem is, it's simply not enough to cover their basic expenses, especially considering that reopening the economy isn't going to happen overnight. The American public clearly needs a second round of stimulus payouts, and a handful of lawmakers in Congress are taking note.

These second stimulus proposals are making their rounds on Capitol Hill

Over roughly the past month, four separate (and very different) second stimulus proposals have been made on Capitol Hill. Here's a brief rundown of what each proposal would entail.

First up is the Emergency Money for the People Act, which is potentially the best known of the four proposals. Introduced by Rep. Ro Khanna (D-Calif.) and Rep. Tim Ryan (D-Ohio), the Emergency Money for the People Act would provide up to $2,000 in monthly income to single taxpayers and $4,000 to married couples filing jointly for up to one year. Single filers earning less than $130,000 and married couples filing jointly with less than $260,000 in earnings would qualify for this payout. Additionally, parents and households would be eligible for $500 extra per child, with a cap of up to three children. One marked difference between this proposal and the CARES Act is that dependents aged 17 and older would qualify for this stimulus payout.

The next proposal, offered by Sen. Sherrod Brown (D-Ohio), doesn't even have an official name yet, but it's somewhat similar to the bill put forth by Khanna and Ryan. Brown's proposal calls for $2,000 payments per person each quarter, rather than monthly. This is somewhat similar to a bill introduced in mid-March by Brown with a handful of Democrat co-sponsors that aimed to provide $2,000 up front, a possible second payment of up to $1,500, and additional quarterly payments of up to $1,000 to taxpayers.

Keep in mind that it isn't just Democrats making these proposals. Another second stimulus proposal comes from Sen. Josh Hawley (R-Mo.). The Getting America Back to Work Act provides for a refundable payroll tax rebate designed to cover up to 80% of employer payroll costs, applicable up to the median wage. Hawley's proposal isn't going to put cash in Americans' pockets, per se, but it's going to make it considerably easier for businesses to hang on to their employees, as well as open back up a lot quicker once the COVID-19 pandemic is in the rearview mirror. 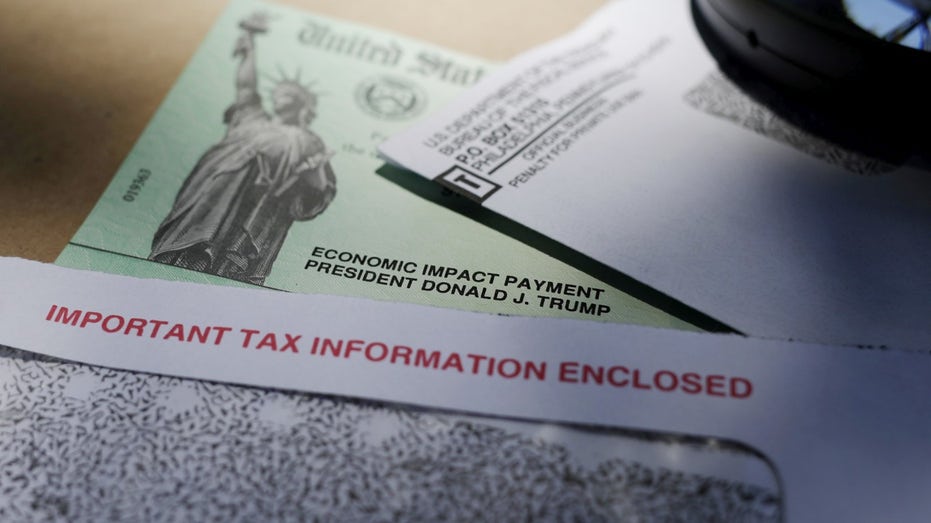 President Donald Trump’s name is seen on a stimulus check issued by the IRS to help combat the adverse economic effects of the COVID-19 outbreak, in San Antonio, Thursday, April 23, 2020. According to the Treasury Department, it marks the first time

Fourthly, there's the Rent and Mortgage Cancellation Act, which would allow rent and mortgage payments to be legally cancelled for a period of one year without adversely impacting a person's credit score. The proposal, introduced by Ilhan Omar (D-Minn.), would allow the Department of Housing and Urban Development to create a fund that would be responsible for paying landlords and mortgage holders to cover their losses from lost rent and mortgage payments.

All eyes are on Donald Trump and Mitch McConnell

There's little question that most Americans feel they need a second round of direct stimulus to make it through the coronavirus pandemic. But what remains to be seen is whether the collective group of lawmakers on Capitol Hill or President Trump share this sentiment.

Although at least four significant proposals for a second round of stimulus have been made, Senate Majority Leader Mitch McConnell (R-Ky.) appears to be unwavering on his view that he'd prefer to wait and see how effective the first round of stimulus is with regard to bolstering the economy. Let's remember that tens of millions of Americans still haven't received their Economic Impact Payment, and it could be close to 20 more weeks before everyone has. That's a long period of time that McConnell would prefer to wait and see what happens.

Meanwhile, President Trump hasn't indicated one way or another whether he supports a second round of stimulus. Though he has commented that a second direct stimulus is a possibility, and his economic advisors continue to study whether another round of stimulus would make sense, the president also has to consider the ballooning federal budget deficit and the long-term ramifications to short-term stimulus.

While it's possible the American public sees a second round of payouts hit their bank account, it's far from a certainty at this point.