FOX Business’ Stuart Varney, in his latest “My Take,” argues the “autonomous zone” in Seattle, Washington, poses a problem for Democrat leaders.

“An insurrection in Seattle. In elite, polite society, the occupied downtown is called an ‘autonomous zone,’” Varney said. “It’s really a no-go area for police. The rule of law, overthrown. Yes, an insurrection. The mayor, Jenny Durkan, says it’s ok for ‘the people’ to challenge authority. It’s ‘patriotism’ she says. Patriotic to reject and throw out the rule of law? That’s a stretch!”

VARNEY: IT'S TIME FOR SOME SERIOUS QUESTIONING OF LIBERAL POLITICS 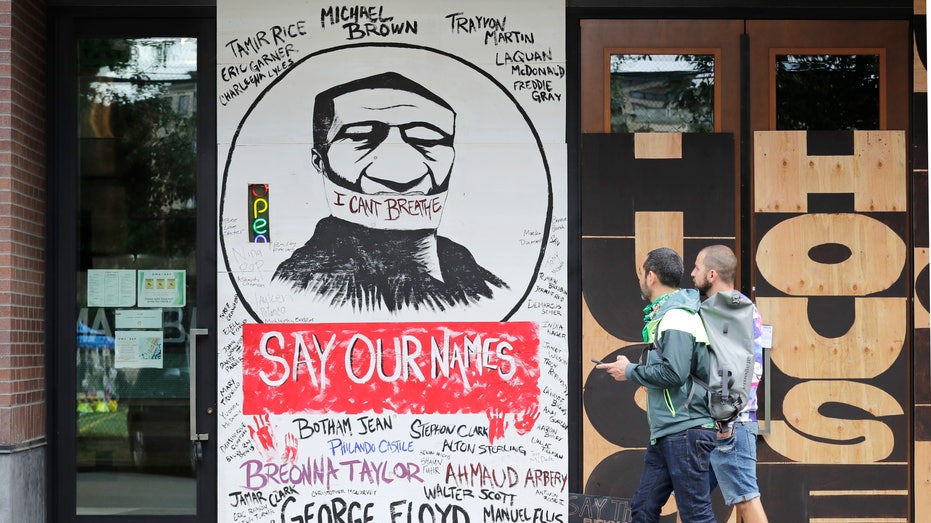 Pedestrians walk past a mural painted on plywood covering a window Monday, June 8, 2020, in Seattle, near the site of a demonstration the night before at a Seattle police precinct where protests continued over the death of George Floyd, a black man w

Varney said the center of an American city has been “turned over to anarchists” and liberals don’t know how to handle it.

“They are embarrassed. This insurrection is their creation, but they've lost control,” Varney said. “In Seattle, the police left their precinct, removed files and equipment and turned the building over to the mob. Who is going to take it back and how?”

He said one reason behind this is mayors turning a blind eye to violence and looting.

VARNEY: AMERICAN UNITY REPLACED BY A NATION ON EDGE

“The police get the blame. Looters go free. Nobody cares about burned out small businesses,” Varney said. “America's big cities have become victims of their own liberal leadership.”

President Trump has said he won’t let Seattle be occupied by anarchists.

“If they don't straighten that situation out, we're going to straighten it out,” Trump told Fox News' Harris Faulkner during an interview on Thursday. 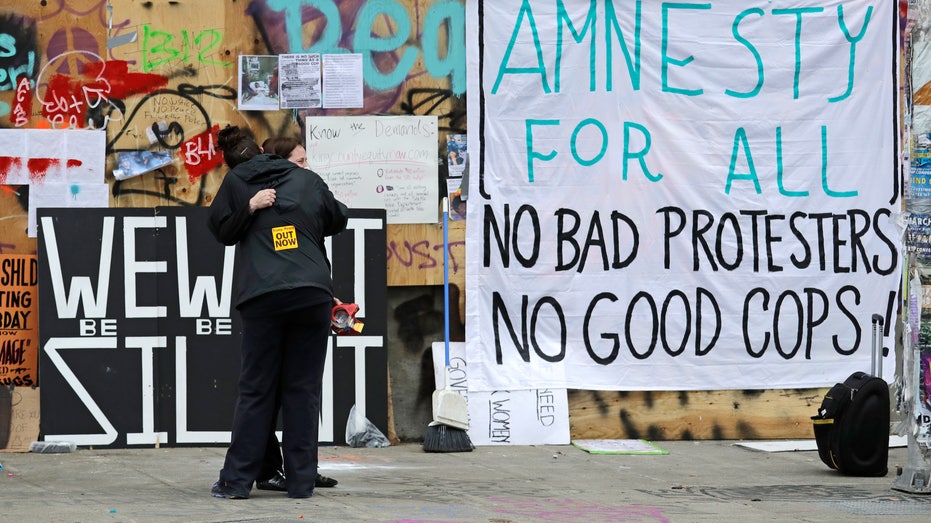 Two people embrace Monday, June 8, 2020, in Seattle, near the site of a demonstration the night before at a Seattle police precinct where protests continued over the death of George Floyd, a black man who was in police custody in Minneapolis. (AP Pho

“Imagine, a president threatens to take back control from anarchists and it’s considered inflammatory!” Varney said.

Varney believes the revolt in Seattle is an issue for Democrats.

“America does not look kindly on burning, looted cities and has very little time for anarchist takeovers. And this is happening in Democrat-run areas,” he said. “They really should learn the lesson of 1968. Back then, cities were burning. The media hated the Republican candidate in that year's presidential election. Richard Nixon stood for law and order and won!”