FOX Business’ Blake Burman breaks down President Trump’s visit to a medical equipment distributor in Pennsylvania and the administration’s plan to build up the national stockpile of PPE. Trump economic adviser Steve Moore discusses how to hold China accountable for the coronavirus pandemic and how a payroll tax cut would be more beneficial to the American people than another round of stimulus from the federal government.

The new popularity of remote work is putting a spotlight on income taxes that New York and five other states impose on workers living out of state.

My last column took a nationwide look at how the states are taxing, or not taxing, remote workers who took refuge there due to the pandemic. This one will focus on a single controversial rule that will likely affect thousands of New Yorkers and others whose offices were closed this year due to the pandemic. The rule's importance will grow as out-of-state telecommuting becomes more common, especially if more states adopt it.

It's known as the "convenience" rule. In a nutshell, it says that if a person has a job based in one state but lives and works in another state out of convenience rather than because the employer requires it, then that person owes income tax to the state where the job is based.

GOT YOUR STIMULUS CHECK BUT NOT YOUR TAX REFUND? IRS SAYS TO EXPECT DELAYS

In other words, someone with a New York-based job who lives and telecommutes from another state still owes full income tax to New York on that compensation. If the other state taxes that income as well and doesn't give a credit for the New York tax — as some states don't — the worker will likely be double taxed.

Here's real-life example: Prof. Edward Zelinsky, who teaches tax law at Yeshiva University's Cardozo Law School in Manhattan, lives in New Haven, Conn. Typically he spends about 50% of his workdays in New York City and the rest in Connecticut. 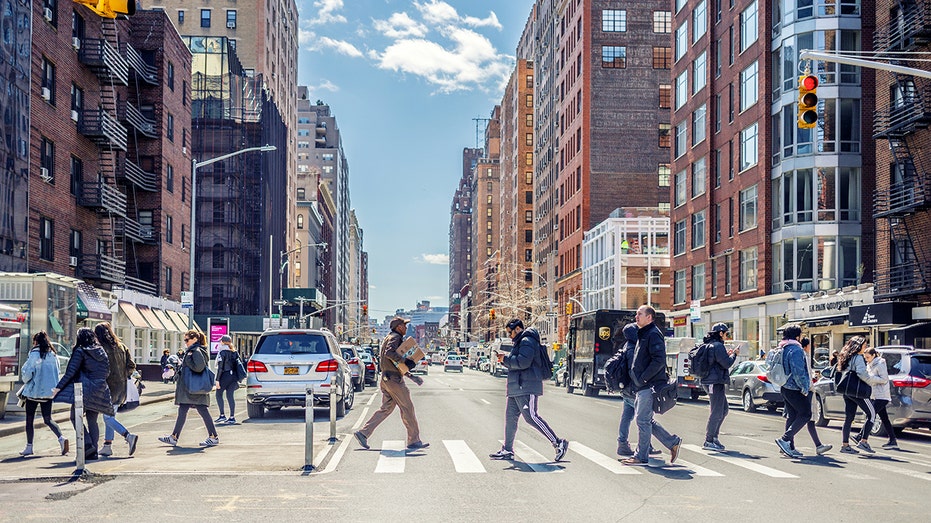 The U.S. Supreme Court has held that states can only tax nonresidents on their in-state earnings, which are often determined by the number of days they're physically present. Mr. Zelinsky thinks he should owe New York income tax only on 50% of his earnings from Cardozo because he's in New York on that percentage of workdays.

New York disagrees. In 2003 the New York Court of Appeals, the state's highest, ruled that Mr. Zelinsky owed New York income tax on his entire Cardozo salary. He says that cost him about $6,000 in New York tax for each of the two years in question. Other New York cases on this issue have reached the same conclusion.

WILL THERE BE ANOTHER VIRUS RELIEF BILL AFTER SURPRISE MAY JOBS GAIN? WHAT WE KNOW

Mr. Zelinsky asked the Supreme Court to review his case, but in 2004 it declined to. Federal law requires state tax cases to be contested in state courts.

Meanwhile, Mr. Zelinsky also owed state tax on all his income to Connecticut because he's resident there. Beginning in 2020, Connecticut has changed its rules and is providing him and others in similar situations with a credit for New York taxes paid. But he says that for decades he owed state income taxes on his Cardozo compensation twice with no offsetting credit from either state.

New York isn't alone in asserting the convenience rule. Arkansas, Connecticut, Delaware, Nebraska and Pennsylvania also have it, according to Eileen Sherr, who tracks state taxes at the American Institute of CPAs.

But New York has by far the most aggressive enforcement, say tax specialists. Unlike other states, New York has employers report all of a worker's compensation on a special box of the W-2 form, not just the amount with New York taxes withheld. This enables state auditors to compare taxpayers' total compensation with just the portion earned in New York to spot those they want to look at further.

WHAT HAPPENS TO YOUR UNEMPLOYMENT BENEFITS IF YOU REFUSE TO GO BACK TO WORK?

"Having employers report all compensation is like a neon sign highlighting the best audit prospects," says Mary Hevener, an attorney who is a compensation specialist with Morgan, Lewis & Bockius.

This year's wrinkle in the convenience rule is that many people are working remotely not because they want to, but because their offices have been closed.

Will that change how the rule applies in 2020, especially in New York? Mark Klein, an attorney and chairman of Hodgson Russ, a law firm that has battled New York in many tax cases, doubts it. State coffers are already strained by the decline in tax revenue due to pandemic shutdowns.

"It would be fair for New York to give a break from the convenience rule for 2020. But I don't think it will, given the history of this issue and the present budget crisis," says Mr. Klein.

A spokesman for New York's Department of Taxation and Finance declined to comment on the issue.

For more than a decade, the American Institute of CPAs, the Council on State Taxation and other groups have sought federal legislation to simplify state taxation of non-residents. The effort has broad bipartisan support, and a version passed the House of Representatives in 2017 before stalling in the Senate. Another bill would repeal the convenience rule. On June 4, Sen. John Thune (R-S. D.) urged the Senate to enact changes, in light of the pandemic.

Says Mr. Zelinsky, "I often get calls about the convenience rule, and all I can tell people is to call their Congress members."