Goya CEO: ‘Taxes will have to go up’

Goya Foods President and CEO Bob Unanue argues taxes will have to go up because ‘you can’t put millions of people out of work and then throw trillions of dollars to try and resolve the problem with money.’

Goya Foods President and CEO Bob Unanue argued on Wednesday that taxes “will have to go up” during Joe Biden’s presidency because “you can't put millions of people out of work and then throw trillions of dollars to try and resolve the problem with money.”

Unanue made the comments on “Mornings with Maria” one day after Treasury Secretary nominee Janet Yellen’s Senate testimony on Capitol Hill where she reportedly said President-elect Joe Biden and his economic team are currently focused on providing quick relief for American families hit by the coronavirus pandemic and its economic fallout, not raising taxes.

The former Federal Reserve chair told lawmakers on Tuesday that she agreed that the 2017 corporate tax cut had improved the competitiveness of American businesses and that the president-elect was not proposing to raise corporate taxes to the pre-2017 level, Reuters reported. She also reportedly said, however, that it was important that corporations and wealthy individuals paid their fair share.

During his term, President Trump signed into law the 2017 Tax Cuts and Jobs Act, which slashed the corporate tax rate to 21% from 35% and the individual tax rate to 37%.

Biden has repeatedly pledged to roll back that law and restore the corporate tax rate to 28% and raise the top income rate to 39.6% — with a caveat that taxes won't rise on any American earning less than $400,000.

“The president never wanted to shut down this economy,” Unanue noted on Wednesday. “By shutting down the economy we decimated the working class.”

In April, U.S. employers cut 20.5 million jobs, a record-shattering number that pushed unemployment to 14.7 percent, the highest level since the Great Depression, as the coronavirus pandemic triggered an unprecedented economic catastrophe.

The U.S. has recovered roughly half of the 22 million jobs lost during the first two months of the pandemic. There are still about 9.8 million more Americans out of work than there were in February before the crisis began.

In December, the unemployment rate held steady at 6.7%, the Labor Department said in its monthly payroll report, released earlier this month.

Unanue also pointed to the surge of migrants heading to the U.S. southern border in an apparent response to Biden’s pledge to place a 100-day moratorium on deportations – one of several items on his agenda that will reverse some of Trump’s signature policies. 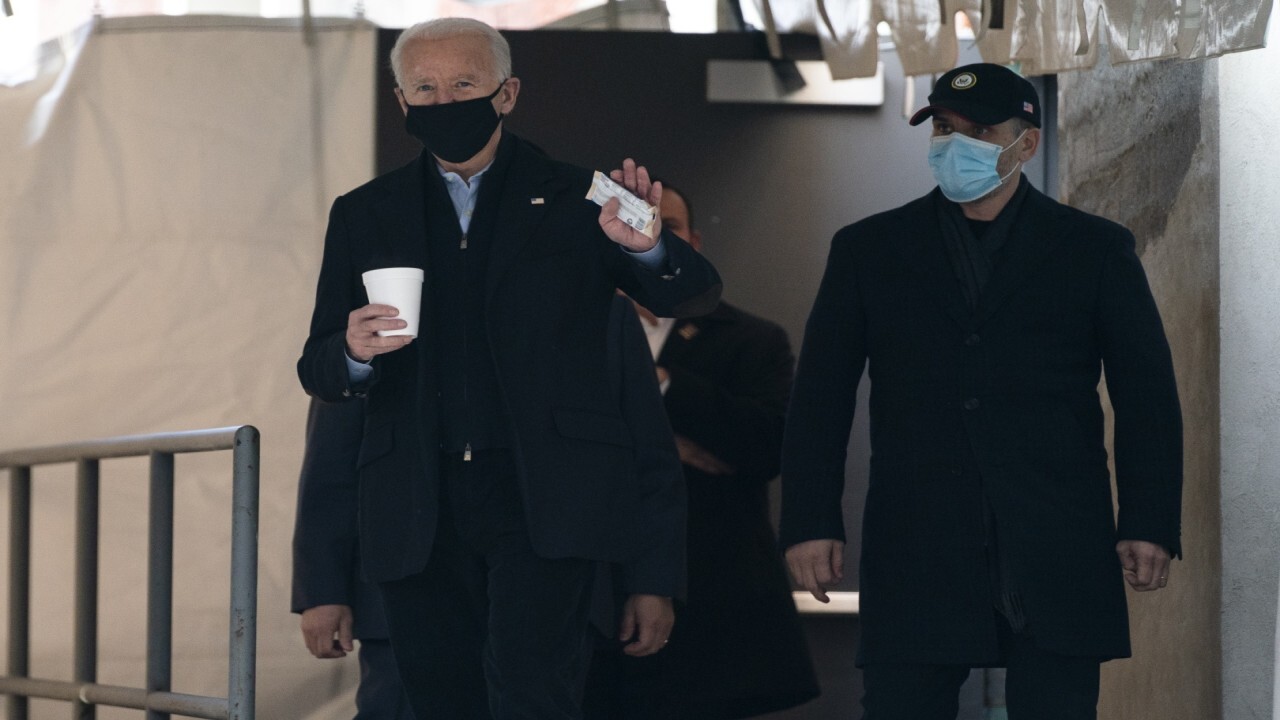 In fact, a migrant traveling with a caravan that left Honduras on Friday was seen in an interview shared by The Hill telling a reporter that he was headed to the U.S. because soon-to-be President Biden is "giving us 100 days to get to the U.S."

Unanue noted that there are “people rushing to our gates” from places like Central America, “when there’s no work to be done.”

He added that he doesn’t know “why people are rushing here if we shut down all of our work.”

Unanue said he believes “that’ll turn around” and “people will go back to work.”

“We have to, but taxes inevitably have to go up and there’s no doubt about it in my mind,” he continued.

Unanue also acknowledged that he “is not sure” what the future holds under a Biden presidency since he is not sure “who’s in charge.”

Unanue said Biden’s “a nice guy,” but added that he is not sure “he’s in charge.”

“Big Tech and all of these people campaigned. He [Biden] never really campaigned,” he continued.