Port of Los Angeles Executive Director Gene Seroka explains what is being done to alleviate problems at his port.

Port of Los Angeles Executive Director Gene Seroka discussed the record backlog of container ships hitting the United States on "Mornings with Maria" and explained what the port is doing to handle the situation.

Seroka argued on Wednesday that cargo must be pushed out, matched with truck power and "corresponding exports and empties" must get back to the port.

He stressed that the "large orchestra of players in the supply chain need to get on similar schedules."

Seroka noted that "we’ve got all hands on deck from the administration and folks that are really working the private sector" to help alleviate the situation.

He explained that it includes "more regulated service hours of operation."

SHIP ANCHOR INDICATED AS POSSIBLE CAUSE OF CALIFORNIA OIL SPILL

"We need more of that from the warehouse community and the private sector in addition to bringing more truckers back to the industry."

Shipping delays have been mounting and cargo has been piling up at California ports as Nike deals with not having enough sneakers to sell for the holidays, Costco reimposed limits on paper towel purchases and prices for artificial Christmas trees have jumped 25% this season, the Wall Street Journal reported.

The American supply chain has so far not been able to handle the influx of imports as businesses rush to restock inventories that were depleted during the pandemic.

Tens of thousands of containers are stuck at the ports of Los Angeles and Long Beach in California, which move more than a quarter of all American imports, according to the Wall Street Journal, which noted last month that dozens of ships are lined up to dock with waiting times stretching to three weeks.

The media outlet cited several factors that are being blamed for the bottleneck, including the global surge of the Delta variant, the lack of access to vaccines in some countries, as well as a shortage of shipping containers and truck drivers.

Participants in each link in the U.S. chain, which includes shipping lines, port workers, truckers, warehouse operators, railways and retailers, are all reportedly struggling with a labor shortage. 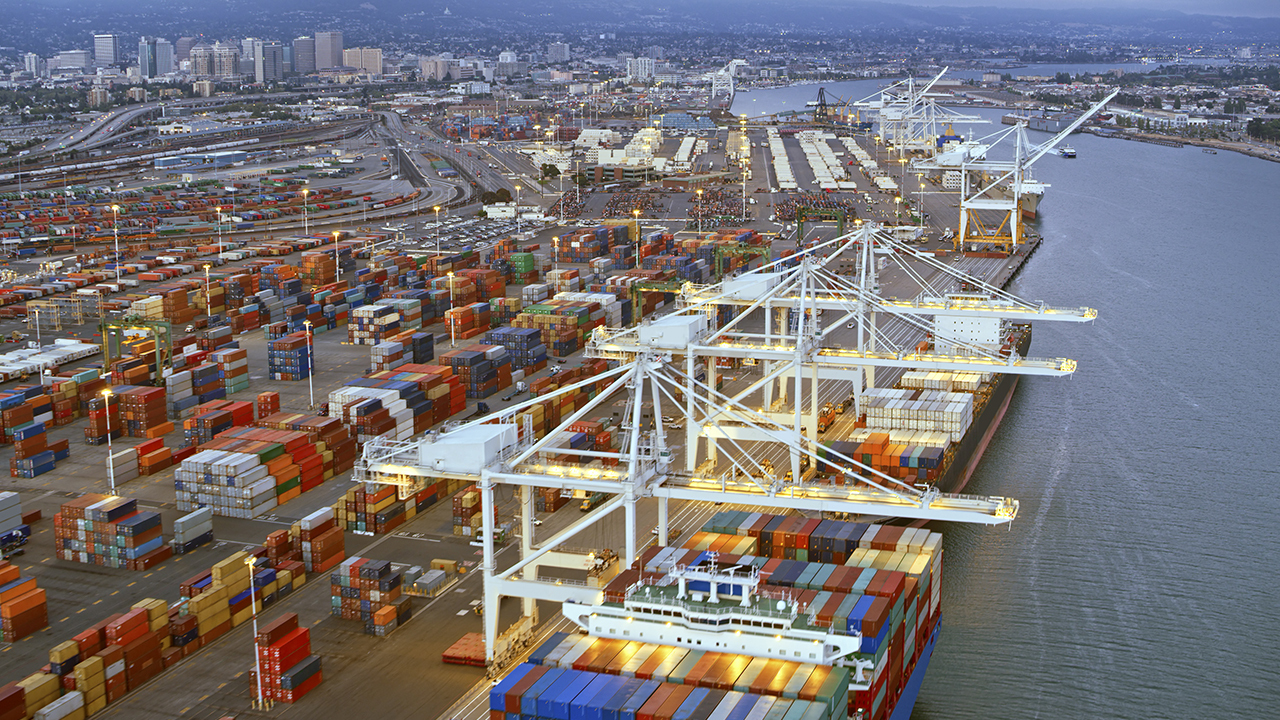 Port of Los Angeles Executive Director Gene Seroka argues cargo must be pushed out, matched with truck power and get ‘corresponding exports and empties’ back to the port.

On Wednesday, Seroka discussed the new program the Port of Los Angeles announced to try and ease the problem.

He stressed that the port is "doing just about everything."

"We’ve got about half million 20-foot equivalent units, which is 250,000 containers, they are about two weeks' worth of work at the largest port in the country," he said.

He explained that the dock workers who move all the cargo on and off the vessels, trains and trucks, have "been on the job six days a week."

Seroka went on to say that another 1,000 workers have "been showing up with record productivity."

"In fact, vessel production is up 50% since the surge began last summer and each ship that comes to the Port of Los Angeles on average is exchanging 11,300 container units loaded off and off the ships, which is the best of the world today," he said.

Seroka then noted that truckers, however, "are a little bit light."

"Only about half of those truckers registered to do business at the twin ports are coming to work at least once a week," he said, adding that "we need more folks in that sector."

Seroka then pointed out that warehouse workers "typically work during the day only and have been hit pretty hard by COVID-19 and other requirements in the workforce."

"We need more folks on the job there as well," he continued. 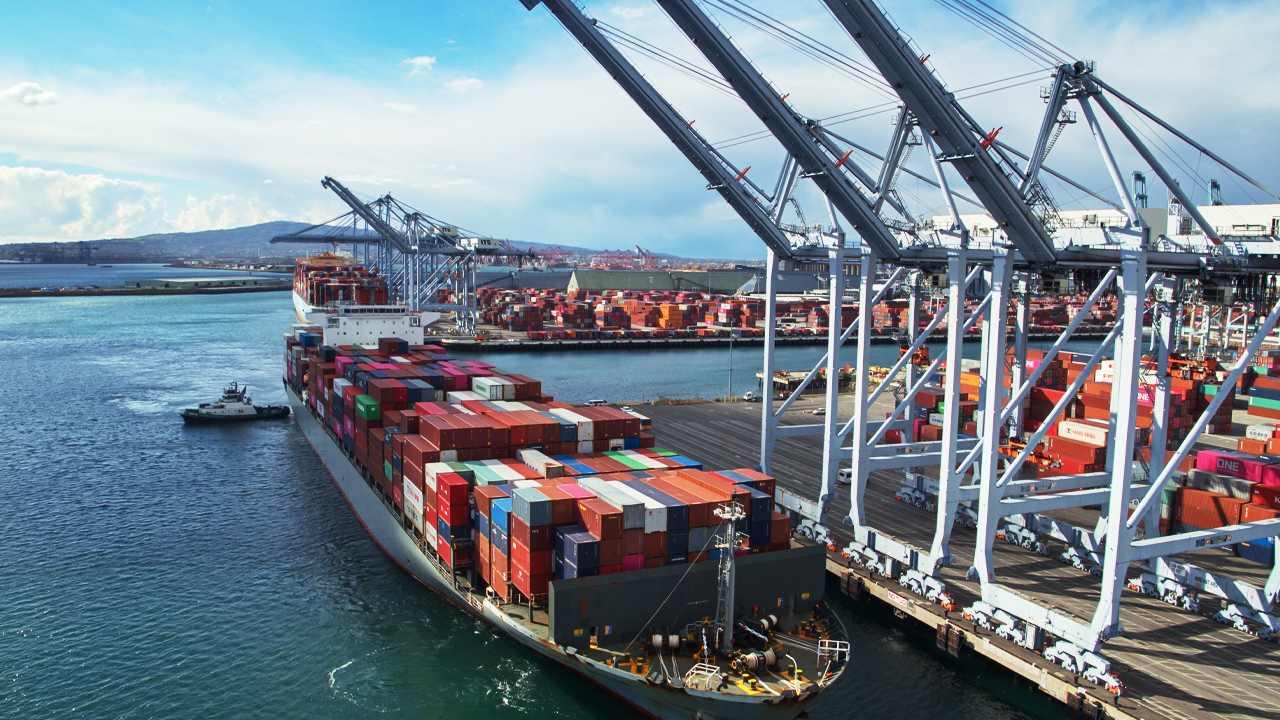 Disruption in supply chain due to COVID: Port of Long Beach executive director

Port of Long Beach executive director Mario Cordero warns higher prices for transportation and shipping will ‘be passed down to the consumer.’

Speaking with "Mornings with Maria" late last month, the executive director of the Port of Long Beach, the largest container port complex in the United States, warned of an industry "crisis" over the supply chain disruptions.

Mario Cordero "confluence of factors" as to why the situation developed into a "crisis," explaining that the disruption to the supply chain is "very much" due to the pandemic.

He also pointed out that another big factor is skyrocketing consumer demand in the United States, especially as it pertains to online orders amid the pandemic as more people opted to shop from home.

Leaders of some of the busiest ports in the country expect congestion at maritime gateways to continue into 2022, The Wall Street Journal reported earlier last month. 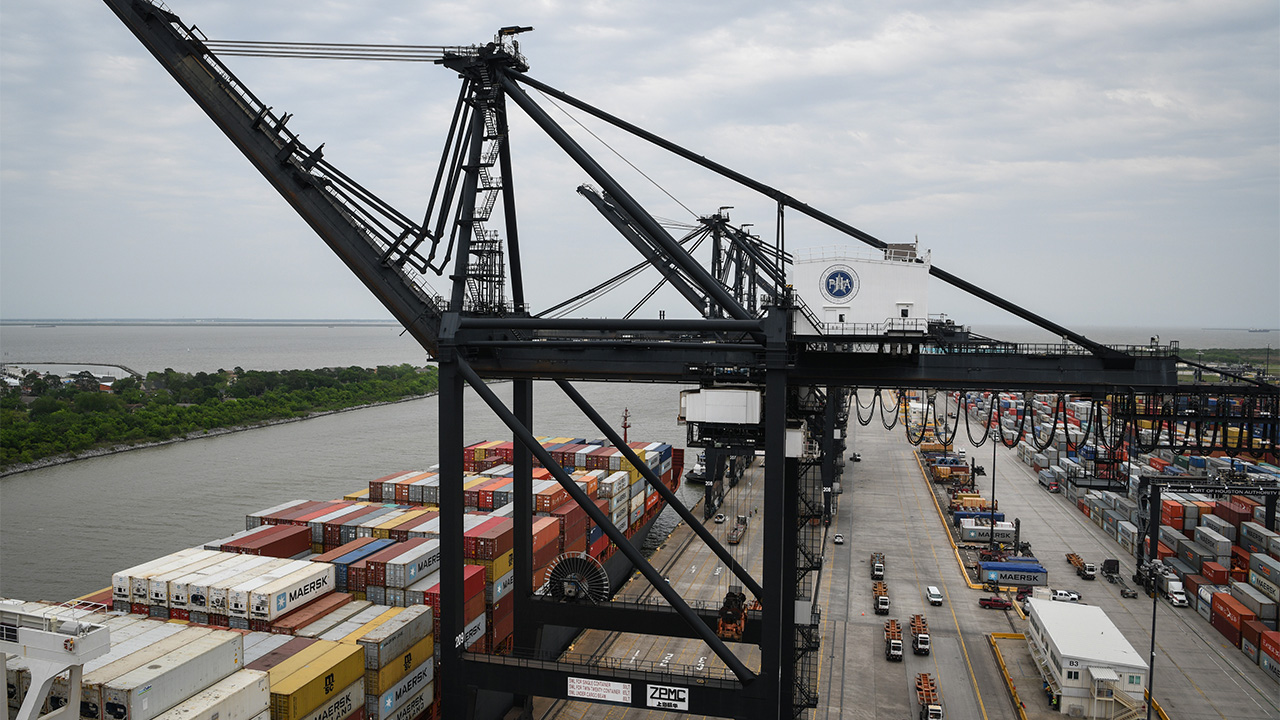 Professor Margaret Kidd, who teaches supply chain courses at the University of Houston, explains what factors are needed to alleviate the supply chain crisis.

Speaking with "Mornings with Maria" earlier on Wednesday Professor Margaret Kidd, who teaches supply chain courses at the University of Houston, warned the supply chain crunch will "easily move into 2022 even possibly 2023."

"I think that one of the biggest factors is flattening the COVID curve in these manufacturing countries in Southeast Asia," Kidd told Casone.

She noted that the pandemic caused production in factories in countries like Vietnam to slow down and warned of "a little bit of a shortage of labor" now that factories there are reopening.

"It’ll take a good four to six months to ramp production back up in these factories," she said.

Kidd said she believes "supply chain managers really need to think long and hard about where they bring their imports in."

She also noted that it has also been "very busy" at the Port of Houston, one of the world's largest ports on the Gulf Coast, which set a new record for containers.

In August, Port Houston recorded its highest month ever for total TEUs (twenty-foot equivalent units), at 320,086, an increase of 29% compared to last August, according to the port, adding that it also was its highest monthly loaded import TEUs on record.

"I think by the end of the year you’ll see over 3 million TEUs come you through Houston alone," Kidd predicted on Wednesday.