Vice President Pence on the federal roadmap to restart the economy

In an interview with "Fox News Sunday" host Chris Wallace, Vice President Mike Pence said that "no one in America wants to reopen this country more than President Donald Trump."

The comment follows a series of tweets on Friday, where President Trump made a call to action to "liberate" Minnesota, Michigan and Virginia from coronavirus-induced shutdowns.

"He is putting millions of people in danger of contracting COVID-19. His unhinged rantigns and calls for people to 'liberate' states could also lead to violence," Inslee tweeted. "The president is fomenting domestic rebellion and spreading lies – even while his own administration says the virus is real, it is deadly and we have a long way to go before restrictions can be lifted."

Inslee added that Trump's call is threatening his own goal of recovery.

"His words will likely cause a spike in infections where distancing is working," Inslee said. "That will further postpose the 14 days of decline his own guidance says is necessary to ease restrictions."

During a White House coronavirus task force briefing Saturday, Trump said some governors were being "unreasonable", taking the shutdown orders too far.

“There are a lot of protests out there, and I just think that some of the governors have gotten carried away,” Trump said. 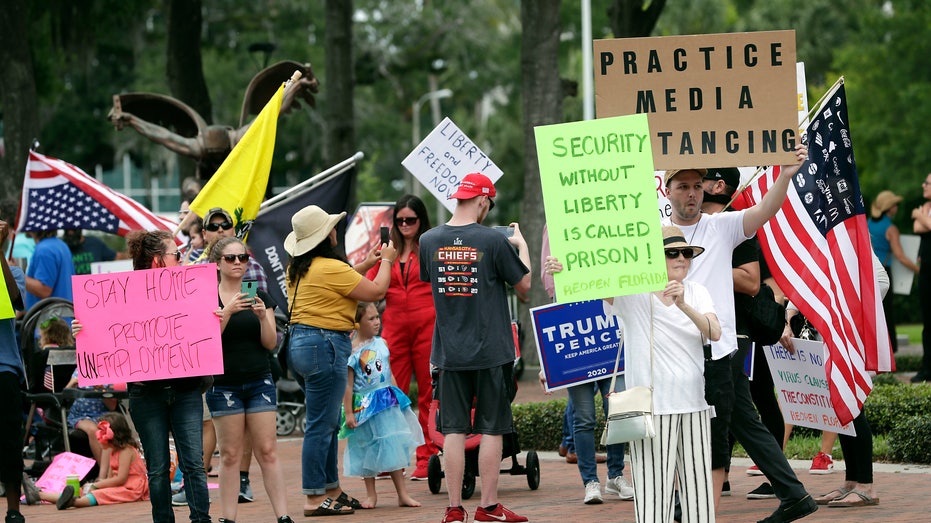 But Pence believes the protests are from Americans who have been actively working to slow the spread of the coronavirus, but desperately need to go back to work so that they can provide for their families.

"What you see, I think, among millions of Americans who have been embracing those social distancing measures and making the sacrifices is, they want their governors to find a way to responsibly and safely reopen their state economies," he said.

He said that Americans can be assured that the administrations number one priority is the American people's safety, and that Trump will "continue to encourage governors to find ways to responsibly and safely let America go back to work" in his tweets and public statements.

"America works when America is working, and the president wants to see us put the coronavirus in the past by these strong measures the American people have embraced. Bbut we want to get America working again just as soon as we can," Pence added. 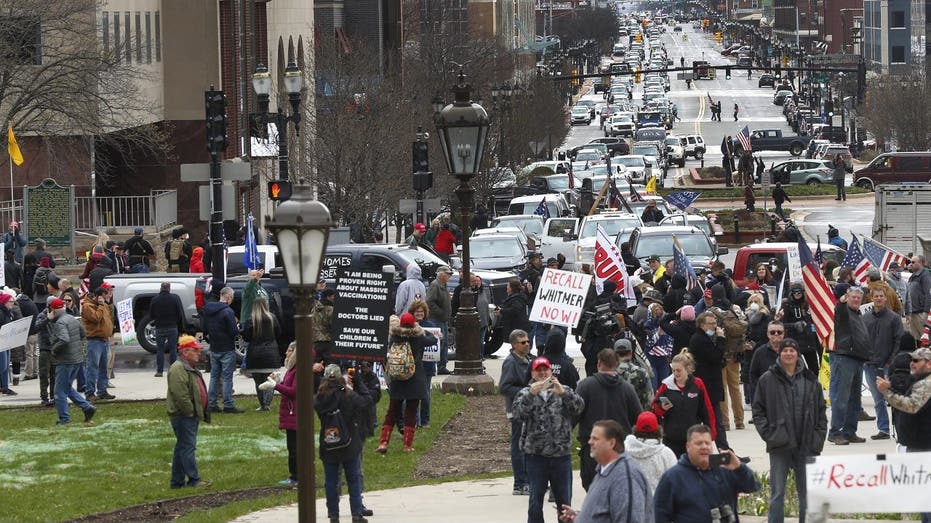 The growing protests to reopen state economies come as President Trump has unveiled a three-phase reopening plan, where governors would allow some workers to return to businesses in states that have had a 14-day downward trajectory in coronavirus cases.

States that begin reopening are required to have widespread and efficient testing capabilities in place, the health care capacity to handle a surge in cases if needed, and plans in place to protect the health and safety of critical workers, mass transit riders and workers and high-risk people like seniors in care facilities.

Pence told Chris Wallace on Sunday that the testing established by the administration is "sufficient for any state in America to move into phase one."

He added that, by working with governors to activate all of the laboratories in their states, they can double the number of tests per day to 300,000.

"At President Trump’s direction, we’re going to continue to fully partner with governors around the country and health officials in increasing and scaling the amount of testing," Pence said. "We have every confidence that we can have a sufficient amount of testing to be able to reopen America, and not just in phase one, but continue in the weeks and months ahead to expand testing in ways that will give Americans the confidence and tools to go back to work."