Peloton Interactive, Inc. (PTON) shares rose about 4% during Thursday's session after Goldman Sachs reiterated its Buy rating and raised its price target to a Street high of $96.00 per share. Analyst Heath Terry cited channel checks showing net additions for the quarter, suggesting that the quarter could be well in front of consensus expectations.

Goldman Sachs, KeyBanc, and many other analysts have been bullish on Peloton throughout the COVID-19 pandemic, which has shut down gyms across the country and brought exercise back into the home. However, UBS believes that the stock price already accounts for these tailwinds, creating a lot of pressure to match those expectations. Peloton's stock has soared more than 130% percent since January. 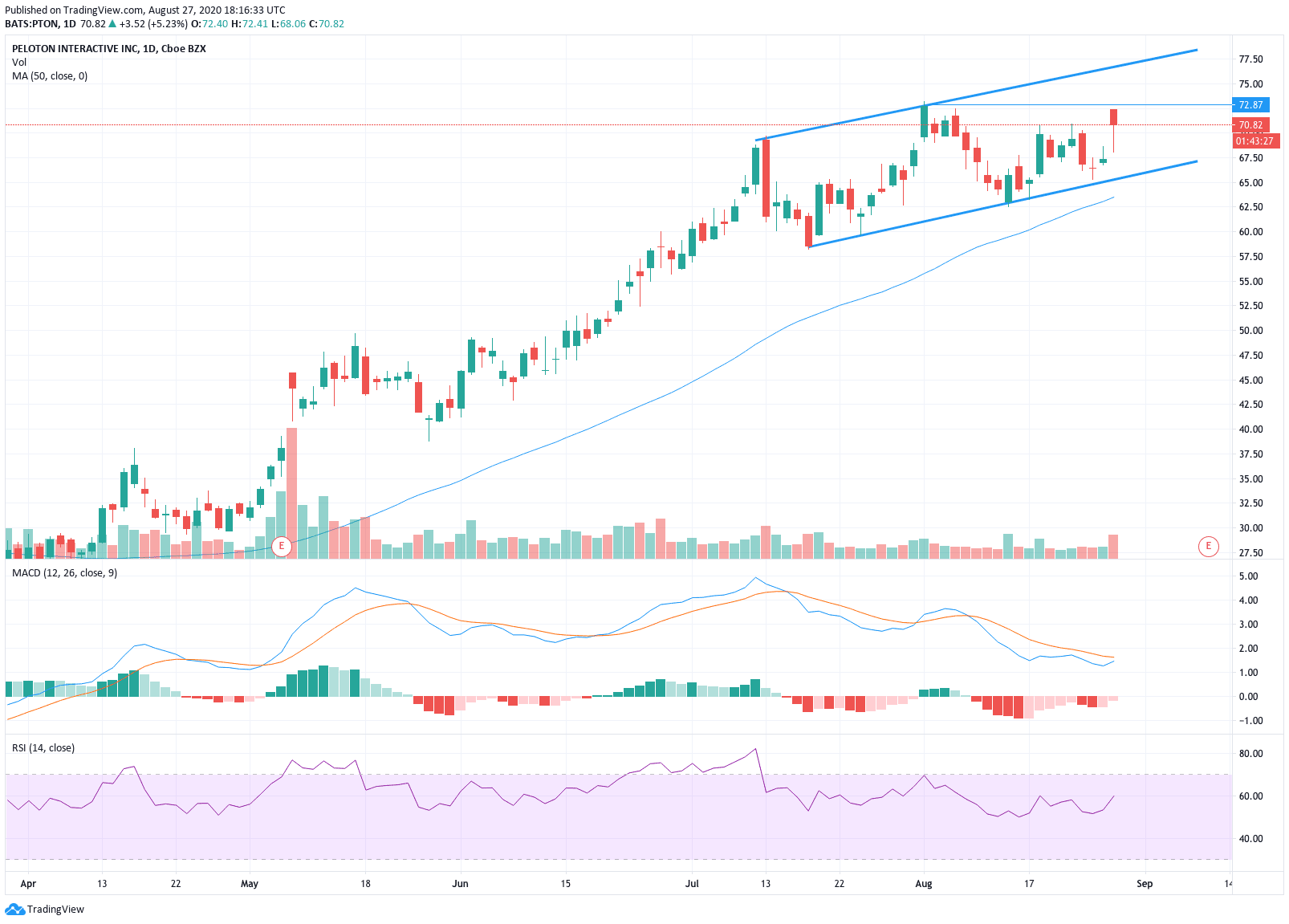 From a technical standpoint, Peloton stock moved sharply higher during Thursday's session toward its all-time highs. The RSI remains in neutral territory with a reading of 59.55, but the MACD could see a near-term bullish crossover. These indicators suggest that the stock has more room to run.

Peloton Interactive shares moved sharply higher after Goldman Sachs raised its price target to a Street high of $96.00 per share. While most analysts are bullish on upcoming earnings, some believe that the stock's valuation already accounts for the economic tailwinds.

Related News:
Business News:
Common App CEO on pandemic's impact on first-generation students: 'Our worst fears have been realized'
Covid cases are exploding across U.S. and Thanksgiving could be an 'accelerator event'
How this Chick-fil-A Operator aims to change the world – one chicken sandwich at a time
Another record low mortgage rate just caused demand to jump for both refinances and home purchases
Singapore Oil Tycoon Who Founded Hin Leong Denies HSBC’s Forgery Claim
Recent Posts
This website uses cookies to improve your user experience and to provide you with advertisements that are relevant to your interests. By continuing to browse the site you are agreeing to our use of cookies.Ok