The Pacific Northwest cherry crop this year is the smallest in 14 years at least in part because of a spring snowstorm.

The smaller-than-usual fruit harvest happened largely because Oregon and Washington were hit with a severe winter storm on April 14, during the region’s cherry blossom bloom, Oregon Public Broadcasting reported.

According to B.J. Thurlby, the president of both the Washington State Fruit Commission and Northwest Cherries, a snow event during the cherry bloom has not happened before.

He said this year’s crop is the smallest since 2008. 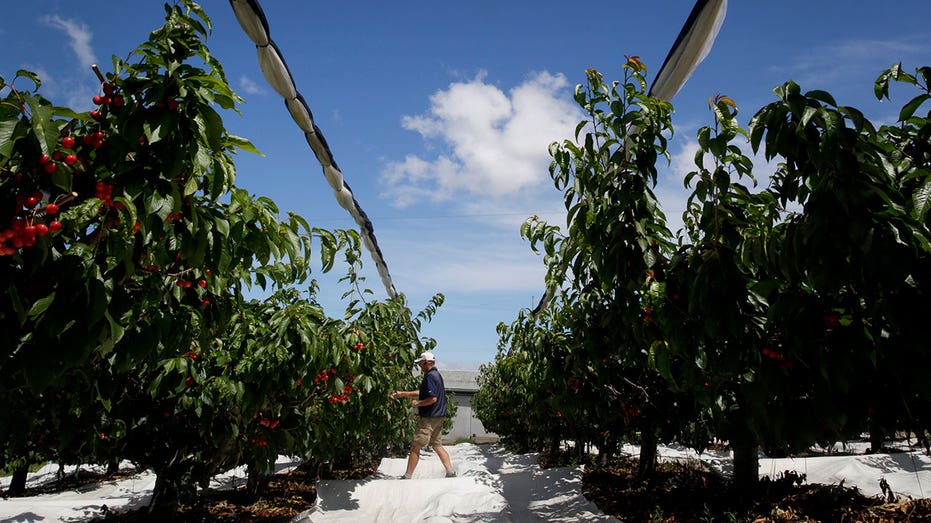 The 2022 cherry crop in Oregon and Washington is the smallest since 2008, due to a spring snowstorm that hit the crop in April. Pictured: A cherry orchard in Oregon. (Meg Roussos/Bloomberg)

Charles Poindexter, co-owner of Sherwood Orchards, said farms in the Willamette Valley weren’t as severely affected as colder parts of the Pacific Northwest.

Poindexter said his apple season was also affected by the weather. He said it started about a week late because of cold weather, but he hopes the crop won’t be seriously impacted.