Trump’s sanctions against Iran were tougher than Biden’s on Russia: Fleitz

Container ship operators and big importers like IKEA and Walmart Inc. will soon negotiate freight rates that could affect the prices consumers pay for everything from jeans to cars.

Yearlong freight contracts, which contribute up to three-quarters of annual revenue for ship operators, will largely be settled at the TPM conference in Long Beach, Calif., next week. The average price to move a 40-foot box from China to the U.S. West Coast is likely to be between $7,000 and $8,000, a record high for annual freight pacts and higher than last year’s average of around $5,500, according to a half-dozen executives of carriers and importers involved in the talks.

UKRAINE-RUSSIA CONFLICT COULD PUSH INFLATION TO 10% AS INVASION BEGINS

After two years of supply-chain disruptions and transportation delays through the Covid-19 pandemic, importers are putting a premium on reliability and predictability of services, with some seeking longer-term freight contracts, analysts say. More than a quarter of all shipping containers entering the U.S. are cargo for large importers such as Walmart and Amazon.com Inc., among others, according to ship operators and freight forwarders.

"We are now increasingly seeing importers sign up to yearly contracts early as well as to contracts of a longer duration," said Lars Jensen, chief executive officer of Denmark-based advisory firm Vespucci Maritime. "It is about managing risk in an environment where the uncertainty about the stability of the supply chain in 2022 continues to be very high."

Representatives from several carriers and cargo owners declined to comment on the freight talks. A range of companies in recent months have said higher transportation costs or efforts to get around supply-chain issues have eaten into their profit margins, with some projecting expenses to remain at elevated levels this year.

"The biggest challenge we have on the gross margin side right now is the freight costs," said David Bergman, Under Armour Inc.’s finance chief, on an earnings call earlier this month, adding that freight rates will likely "take a little bit longer to subside." 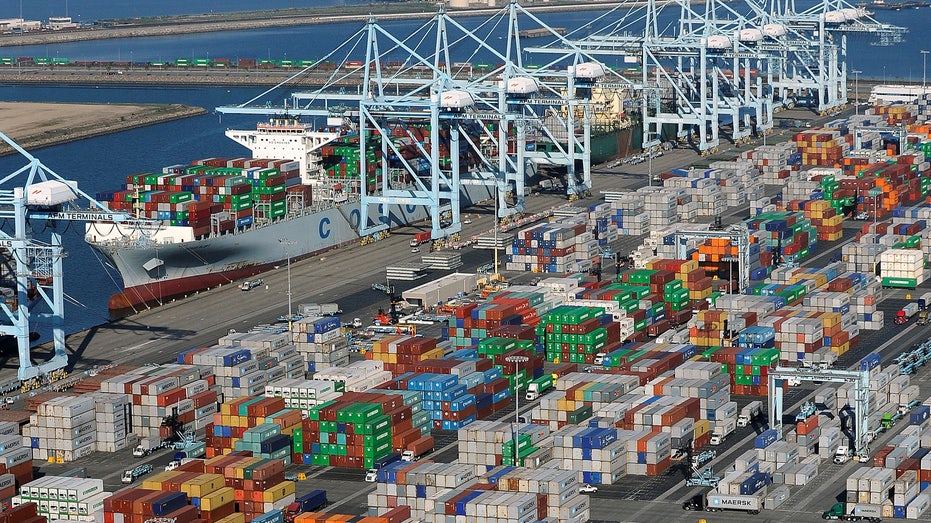 Hasbro Inc., the American toy and entertainment multinational, said earlier this month that scheduled price increases in the second quarter will offset  higher freight costs, but the supply-chain environment will remain challenging this year.

"We’ve never had such market dynamics, with the liners holding all the cards," said Patrik Berglund, CEO of Norway-based transportation data and procurement specialist Xeneta. "The top five operators control three-quarters of all container capacity. That’s a lot of pricing power to very few players." 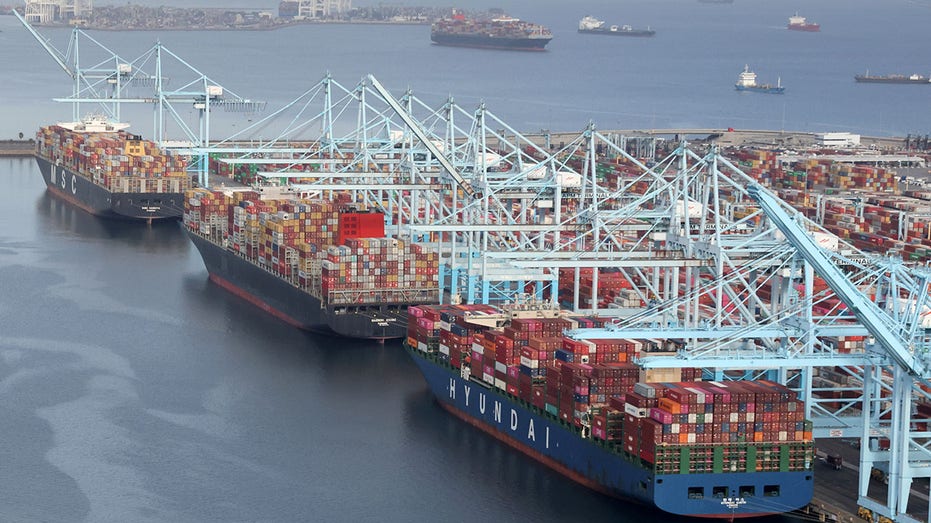 Shipping containers are unloaded from ships at a container terminal at the Port of Long Beach-Port of Los Angeles complex, amid the coronavirus disease (COVID-19) pandemic, in Los Angeles, California, U.S., April 7, 2021. (Reuters/Lucy Nicholson / Reuters)

Earnings for container shippers took off during the pandemic, as demand for manufactured goods like appliances, cars and home-improvement materials soared, with not enough ships to move them. At the same time, labor shortages from Covid-19 outbreaks at ports across the world and not enough truck, rail and warehousing capacity extended delivery times.

To replenish falling inventories, a number of importers booked sailings with spot rates that were separate from their annual freight contracts. Some importers paid daily rates of more than $20,000 per box in sailings across the Pacific Ocean last year, with vessels waiting for weeks to unload cargo at choked ports that had no space to bring in more containers. Large importers also went as far as chartering their own ships to get around port delays.

Spot prices to send a container from Shanghai to Los Angeles have since eased but continue to hover around $16,000, according to the Freightos Baltic Index, compared with about $4,700 a year earlier.

Analysts expect daily rates to fall later this year as people return to offices and spend more on services like entertainment, food and travel. Higher commodity prices and strong demand supported by economic stimulus packages helped lift global trade last year to a record $28.5 trillion, the United Nations Conference on Trade and Development said in a report this month.

"As these trends are likely to abate, international trade trends are expected to normalize during 2022," the report said.

The shipping industry suffered a decade of steep losses after the 2008 financial crisis and began consolidating in 2016. The big carriers also formed three alliances where they share ships, port calls and networks, leaving little space for smaller players to compete.

"With the alliances controlling capacity, there is no chance freight rates will fall off a cliff and return to pre-pandemic levels," Mr. Berglund said.

— Paul Berger contributed to this article.