Measures in the federal budget to assist people in the face of higher prices for food, petrol and other essentials probably won’t be nearly enough to seriously alleviate financial stress, with many households already struggling.

Figures from Digital Finance Analytics provided to Money show mortgage stress — a leading factor in financial stress — is greatest among “young growing families”, which includes many recent first-time buyers and those living in the regions.

Almost 75 per cent of this demographic who have a mortgage, or almost 240,000 households, were under mortgage stress as at the end of February, even before petrol prices started to rise. 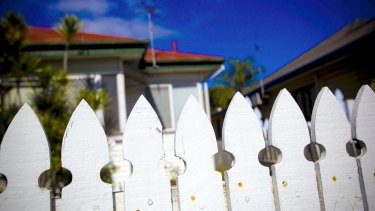 Overall, the figures show almost half of all households across the country were under financial stress at the end of February — 10 per cent higher than before the onset of COVID-19.

Figures from Canstar show that if the cash rate reached 1.75 per cent by March 2024, as forecast by Westpac, the average variable mortgage rate would reach 4.64 per cent.

Steve Mickenbecker, group executive of financial services at Canstar, says households with a mortgage who are already at their limit will face dire financial stress when interest rates begin to rise.

“Increasing home loan repayments by more than $200 a week puts the price increases at the supermarket and petrol bowser into the shade,” Mickenbecker says.

Analysts say interest rates are likely to start rising this year, possibly as early as June.

Following the floods in NSW and Queensland there are predictions home insurance premiums will climb more than 10 per cent next financial year, as insurers pass on the mounting costs of the floods.

North says measures in the budget to help alleviate the cost-of-living pressures — such as halving the fuel excise, the $250 payment to income support recipients and others, and the increase in the Low and Middle Income Tax Offset for the current financial year — will have limited impact.

There are the other factors, apart from rising prices, that are going to put cost of living at the top of voters’ concerns at the federal election in May.

North says incomes are not rising and people are working fewer hours than before the onset of COVID-19.

Homebuyers have been taking out bigger mortgages relative to their income, and rapidly rising rents are also adding to financial stress.

He says investors with mortgages will be looking to put rents up more to cover the higher repayments once rates start to rise.

The last time interest rates rose was November 2010, so many of those who entered the housing market during the past several years have known only cuts to interest rates on mortgages with variable rates.