Data technology is accelerating from a polka to a lightning-fast tarantella. Algorithms will start to “help” and then displace doctors over the next decade because they are statistically better at diagnosis. Nurses will last longer, indispensable for care and the human touch. This will slash health care costs.

Routine journalism will be usurped by ChatGPT and its ilk, the talk of the World Economic Forum 2023 (WEF) in Davos. It can already write passable news articles at a fraction of a reporter’s salary. Before long, it will compete with commentators, and I will retire to our goat farm in France. (chèvres poitevines, if you were wondering). Whether they realise it yet or not, TV news anchors are replaceable too. I learnt that it is already possible to create what looks like human beings talking on screen. 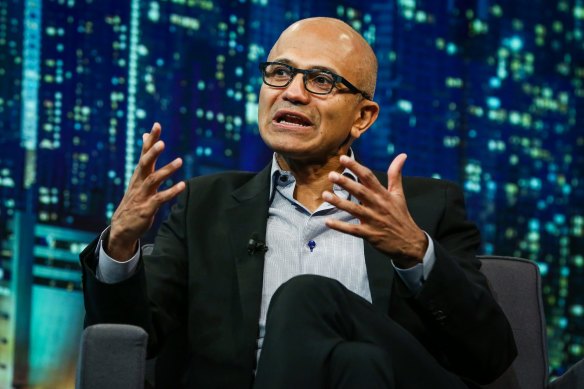 Artificial intelligence (AI) is taking over our lives even faster than I realised. Breakthroughs have happened over the past five years that are suddenly unleashing volcanic social change. “We have the emergence of a completely new set of technology, which I think is going to be revolutionary. AI is just at the beginning of the S-curve,” said Microsoft’s Satya Nadella. “The internet maybe took 30 years to spread around the world, maybe the cloud and mobile took 15 years, and now I think we’re talking months,” he said.

He predicts that the latest tech will be a powerful “deflationary force”. If you think that the internet, the cloud, and digital commerce, were behind the great disinflation from 1990 to 2020, be prepared for the next tidal wave.

The nature of Davos is that you are pulled out of your mental silo. You sit next to people who operate at the frontier, know their stuff, and leave you ashamed of your own ignorance. As a child of the mid-20th century, this happened to me a lot last week.

I learnt that the data world changed in 2017 when a team from Google presented a paper called Attention is All You Need at the Conference on Neural Information Processing Systems, cited 63,000 times since then. It is the foundation of GPT-3 (Generative Pre-trained Transformer 3), a language processing technology.

Out of this was born Open AI’s chatGTP, closely linked to Microsoft, and Google’s coming LaMDA alternative. Will these displace the Google search engine with a tailored package that answers your questions? This is where the battle will be fought, or so Davosians tell me.

At a breakfast with Intel’s Pat Gelsinger, I learnt that the first AI semiconductor chip was created 35 years ago. It was unusable. “What happened? Nothing happened,” he said. Thirty years later, generative AI has suddenly allowed tech companies to harness the colossal force of this technology. “Algorithms and data allow us to write software in the cloud in minutes,” he said. “Our devices can hear everything, see everything, and sense everything. Soon my glasses will be telling my hearing aid who you are. Our weaknesses will be turned into strengths,” he said.

Needless to say, this can be used by the totalitarians against us. “I think, ‘Wow, we can do that?’ And then I think, ‘Oh God, they can do that,‘” said FBI director Christopher Wray.

Wray said China’s drive for global dominance of AI is “built on top of massive troves of intellectual property and sensitive data that they’ve stolen over the years”, and that is not subject to democratic constraints. 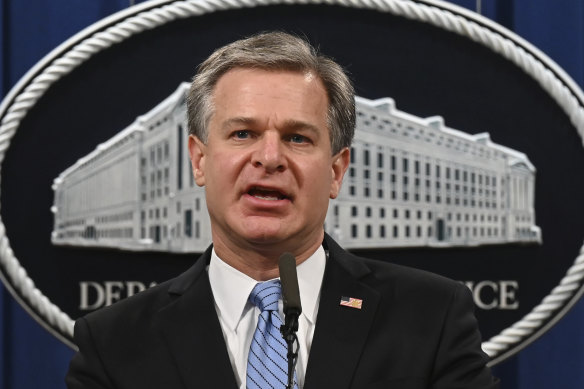 FBI Director Christopher Wray warned that China is driving to be the dominant AI figure. Credit:AP

Tech billionaire Thomas Siebel, now pioneering artificial intelligence at C3.ai, told a tech panel that elastic cloud computing is allowing us to do extraordinary things, with dystopian consequences if we are not careful.

“Much of the population will be wearing – or have embedded – devices that report on pulse, blood chemistry, gut chemistry, or brain waves. It is within our grasp today. We can predict with very high levels of precision who is going to be diagnosed with what disease. We will know who is going to die from a terminal illness in the next three years,” he added.

On the global economy, I learnt that the Davos fraternity overwhelmingly believes in a soft landing and a painless immaculate disinflation. “The complacency this year is stunning,” said Harvard professor Ken Rogoff, an expert on debt cycles and a former US chess grandmaster, accustomed to looking more that one move ahead.

One thing I have learnt from going to Davos for almost two decades is to mistrust snapshot consensus.

The optimism has not reached the surreal levels of January 2008, which must go down in history as the acme of financial self-delusion, but it is strangely blind to obvious dangers.

There is always a narrative that you can latch on to. At this WEF it was the return of China. Vice-premier Liu He, economic plenipotentiary of the Communist Party, came to reassure the business elites the neo-Maoist purge is over and wolf warriors’ diplomacy is giving way to diplomatic detente. “All-round opening up is the basis of state policy. China’s national reality dictates that opening up to the world is a must. We must open up wider and make it work better,” he said.

It was a serenade. There was not a single word of criticism of the West, or the US. While one can take a hard-bitten view of this charm offensive, China’s dash for growth after a three-year drought is real. The question is whether an increasingly “Japanised” China is still capable of roaring growth, and whether this is enough to offset the monetary squeeze and fiscal austerity in the West.

Meanwhile, groupthink is now ignoring the clear forewarning of a disinflationary crunch. You would not have known in Davos that the real money aggregates are contracting with varying degrees of intensity in the US, the UK, and the eurozone. The Davosians are betting that the central banks will get the calibration right and step back with perfect timing.

Hmm. The European Central Bank’s Christine Lagarde was there breathing fire. “Inflation is way too high,” she said. Former US Treasury secretary Larry Summers repeated his calls for a scorched-earth monetary policy. If there were voices at the WEF making the counter-case that central banks have already done enough tightening, and that they ought to stop before inflicting grave damage, I did not hear them. Perhaps they are right.

But one thing I have learnt from going to Davos for almost two decades is to mistrust snapshot consensus.