The time between putting down a deposit and taking possession of a new car has blown out to almost six months, compared to about a month before the pandemic, as carmakers struggle to obtain a sufficient supply of components and parts.

For some manufacturers and models, wait times can be more than a year as COVID-19 lockdowns and reduced production at factories in China and other parts of Asia crimp the supply of essential parts, particularly computer chips. 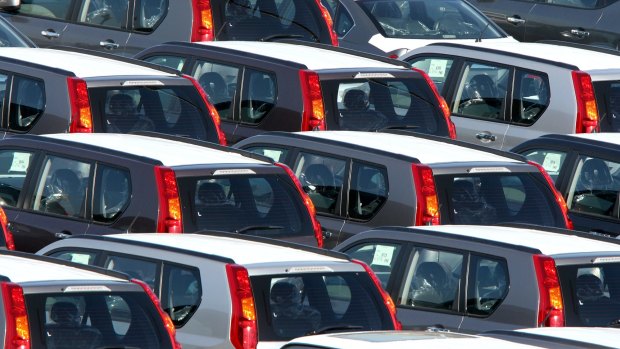 New car waiting times continue to rise because of COVID-related disruptions to the supply of parts to manufacturers.Credit:Rob Homer

Figures from PriceMyCar, which collects data from dealerships around the country, show waiting times reached 117 days by the end of 2021, before continuing to rise, reaching 159 days in August.

Along with ballooning wait times, prices paid for new cars have also shot up. PriceMyCar figures show that since January 2019 the median price for a Toyota Yaris almost doubled.

PriceMyCar reports actual prices paid by consumers, which are rising due to a combination of carmakers increasing their recommended prices and dealers being less likely to offer discounts than before the pandemic because of strong demand.

“Buyers are often finding they are paying full sticker [recommended] price for a car that may have been heavily discounted a couple of years ago,” says PriceMyCar founder and chief executive David Lye.

As well as increasing prices, some manufacturers have “de-specified” their cars, removing some functions normally provided by computer chips in short supply, to get production flowing. That can include no longer being fitted with wireless smartphone chargers, or the removal of blind-spot monitoring.

Other carmakers have opted to maintain regular features and cut production instead.

Demand for new cars remained relatively strong during the pandemic. Many people were cashed-up due to a lack of spending on overseas travel and leisure during lockdowns, and they often avoided costly public transport for fear of catching COVID-19.

Demand spiked further recently. Figures from the Federal Chamber of Automotive Industries show car sales were about 17 per cent higher in August, compared with the same month last year. It was the best August sales period since 2017.

The average price paid for a new car peaked in the second half of last year at about $53,000, compared to about $51,000 in August this year. That is about 20 per cent higher than before the pandemic, when the average price was about $42,000.

Lye says demand for new cars could moderate, with many consumers now suffering from a higher cost of living.

Rising interest rates, which increase the cost of borrowing, could also reduce demand, as about half of new car purchases are made with finance, Lye says.

“Supply [of new cars] is starting to catch up, but it still has a way to go,” he says.

“Dealers are reporting that they have more allocations [of cars], but it could be another six months until we start to see a significant improvement in waiting times.”

New car buyers put off by having to wait so long have instead been buying used cars, which has seen their prices rise significantly, Lye says.

Moody’s Analytics figures show prices of second-hand cars rose 13 per cent for the 12 months to August.