China’s economy is slowing as the drag from its response to the coronavirus and the implosion of its property development sector weigh on growth. With its population growth also stalling, that’s ominous for a global economy that has relied on China to drive much of its growth in the past decade.

The headline rate of growth in China’s GDP of 8.1 per cent last year that was disclosed on Monday is deceptive, given that the reference point was the COVID-affected economy in 2020. 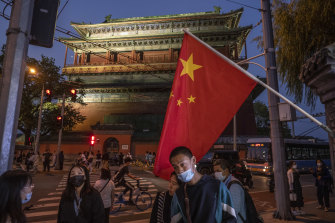 China faces some very challenging headwinds it will have to overcome if it is to avoid a continuation of last year’s slowdown.Credit:Getty

While the fourth quarter GDP growth of 4 per cent was stronger than most economists had forecast (and attracted some scepticism as a consequence) it continued the succession of lower growth numbers posted through last year.

In the first quarter last year (where the base was the worst-affected moment of the pandemic) the economy grew 18 per cent; in the second 7.9 per cent and in the third 4.9 per cent.

The 10 basis point reduction in the People’s Bank of China’s policy rate on one-year loans was the first since the onset of the pandemic in 2020. The PBOC also injected cheaper liquidity into China’s financial system, dropping the seven-day reverse repurchase rate by 10 basis points.

The PBOC actions to stimulate economic activity are occurring even as other major central banks are heading in the opposite direction, preparing to raise rates and tighten liquidity.

China’s inflation rate has been falling even as inflation in the developed world has been threatening to spiral out of control, hence the divergence in monetary policies. That divergence also, however, reflects something deeper.

There are two broad sets of domestic policies, policies peculiar to China, that help explain the slowing of its economic growth.

Last year’s stringent “red lines” restricting leverage in its property sector has resulted in a spate of defaults by developers and a stalling of activity in a sector that has been one of the key engines of China’s growth. The crackdown on billionaires, fintechs, social media, private education and other consumer technology companies was also a dampener on growth. 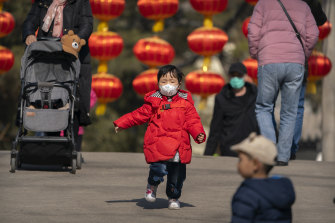 Perhaps of greater continuing impact, given that the authorities have eased some of the measures impacting property development and appear to have completed their make-over of their tech sector, is, however, China’s approach to COVID.

Its strict zero-COVID policy has evolved slightly, from hard lockdowns of entire cities to more targeted restrictions, but it is still being reflected in significant economic disruptions.

Despite getting control of the Delta variant late last year there are still, according to Barclays Bank, 11 provinces, accounting for about 42 per cent of national GDP, that are or that have been labelled as medium to high risk by the authorities.

Ominously, there’s also been the first locally-transmitted case of Omicron in the port city of Tianjin, close to Beijing.

With the authorities responding to each outbreak with large-scale lockdowns, closing ports, factories, schools and other services and restricting travel, the hardline approach to COVID translates directly into reduced economic growth.

It is improbable that, with the Beijing Winter Olympics looming next month and the key National Congress at which Xi Jinping will seek to extend his presidency for another term scheduled for later this year, the authorities will alter their approach to the pandemic.

That will affect the economy and make growth more volatile.

It may also force Beijing to add to the existing modest efforts to provide some stimulus to segments of the economy it regards as strategic – advanced technology, green energy, housing, food security – while continuing to edge interest rates down and add liquidity. It has already seen Beijing step back from some of its growth-impacting efforts to decarbonise.

China has accounted for roughly 20 per cent of world economic growth since the 2008 financial crisis so the success of the authorities in stabilising growth at a reasonable level has global implications. It has particular implications, of course, for Australia’s iron ore miners and, less directly, coal and gas producers.

The anxious response of the authorities to the decline in birth rates suggests they see it as a major threat to China’s longer-term growth and position within the world order.

Throughout the pandemic China’s exports have boomed as consumers in developed economies went on a spending binge. Exports grew more than 20 per cent last year, producing a record $US676 billion ($937 billion) trade surplus. By contrast the impact of COVID, the property crisis and the assaults on tech companies have weighed on domestic activity and consumption.

The continuing outbreaks of COVID, the threat posed by the ultra-transmissible Omicron mutation and Beijing’s hardline strategy for containing the pandemic will only add to the potential for further disruption to production and supply chains that are already severely disrupted. That’s not helpful to either China or the rest of the world.

China’s birth rate fell last year for the fifth year in succession. Its total population is almost flat-lining despite what’s now a “three child” policy and incentives for having second and third children.
The growth rate of China’s population has fallen to 0.34 per thousand, the first time it has fallen below one per thousand since the data has been collected, suggesting the population may be peaking or even have peaked already.

Population growth has underpinned China’s extraordinary rise – and its increasing contribution to global growth — over the past 40 years so its stagnation and potential decline could have repercussions within and outside China.

Certainly, the anxious response of the authorities to the decline in birth rates suggests they see it as a major threat to China’s longer-term growth and position within the world order.

China may well achieve its target of GDP growth of at least five per cent for this year – Beijing has a lot of levers it could pull and the PBOC significant headroom for stimulatory policy (albeit headroom disciplined by an over-leveraged economy) — but there are some very challenging headwinds it will have to overcome if it is to avoid a continuation of last year’s slowdown.