This was supposed to be the year that China's export machine began to stall. President Donald Trump had imposed broad tariffs on Chinese goods. Countries like Japan and France pushed companies to shift production from China. The pandemic had crippled China's factories by the end of January.

Instead, China Inc. has come roaring back. 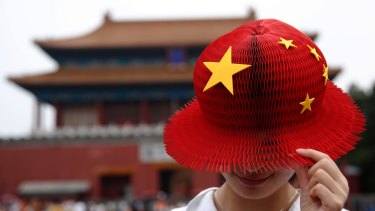 Chinese officials and state-run media outlets are using the crisis in the US to further their nationalist agenda.Credit:Bloomberg

After reopening in late February and early March, China's factories began an export blitz that is still gaining steam. Exports soared in July to their second-highest level ever, nearly matching the record-setting Christmas rush last December. The country has grabbed a much larger share of global markets this summer from other manufacturing nations, entrenching a dominance in trade that could last long after the world begins to recover from the pandemic.

China is showing its export machine cannot be stopped — not by the coronavirus and not by the Trump administration. Its resilience lies not only in the country's low-cost, skilled labour and efficient infrastructure but also in a state-controlled banking system that has been offering small and large businesses extra loans to cope with the pandemic.

The pandemic has also found China better placed than other exporting nations. It is making what the world's hospitals and housebound families need right now: personal protection gear, home improvement products and lots of consumer electronics.

At the same time, demand has withered for many big-ticket items exported by the United States and Europe, like Boeing and Airbus jets. And with most economies except China's now mired in recessions, demand has also faltered for the commodities that most developing countries export, particularly oil.

Families all over the world are sprucing up the homes they are now stuck inside. They have been buying everything from computer screens and stereo systems to power tools and home saunas — many of which are made in China.

Hongyuan Furniture in the southern city of Guangzhou has hired 50 extra workers after export orders for its home saunas more than doubled this year. A short drive farther south in Zhongshan, Star Rapid has stayed profitable, making robot casings and quickly producing high-tech models — a process known as rapid prototyping. And a few miles to the west, Trueanalog has ruled out moving production of its top-end stereo speakers to the United States, its main market, or to Vietnam, where wages can be even lower.

At Trueanalog, rows of workers at long, green tables under fluorescent lights meticulously assemble audio speakers for professional recording studios in the United States. China dominates the world's production of the components that go into the speakers they are putting together — whether magnets, paper cones or rubber foam.

"China has the largest supply chain of the parts you need to make a speaker, and China has the most stable, affordable labour force," said Philip Richardson, the American owner of Trueanalog.

Star Rapid, the prototype maker, has benefited from Chinese loans. Within days of the start of the pandemic, the state-controlled Bank of China called Gordon Styles, the company's British chief executive and owner, and strongly urged him to take a $US1.4 million ($1.9 million) corporate loan at low interest, which he did even though the company was still profitable. Chinese authorities also granted the company a rapid-fire series of partial rebates on taxes and government-mandated benefit costs that together exceeded 3 per cent of the company's sales. 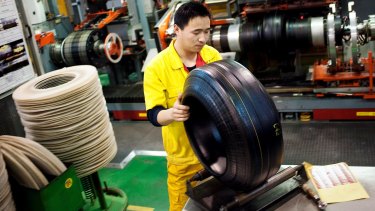 "They wanted to make sure the good companies, as they measure that, don't fail for lack of a bit of cash," he said.

China's exports have been helped by the country's currency, which has remained mysteriously weak even as the economy has emerged from the pandemic with growth stronger than in practically any other nation.

China's currency, the yuan, also known as the renminbi, has strengthened only slightly against the dollar in recent months. It has also weakened 6 per cent against the euro since the start of May, even though Europe faces a severe recession.

Foreign economists suspect the Chinese government has used its tight control of the country's financial system to keep the yuan weak. Brad Setser, an economist at the Council on Foreign Relations in New York, said the most likely explanation for the currency's performance this summer was that state-owned or state-controlled Chinese banks and other financial institutions were shifting some of their immense assets, selling vast sums of yuan and buying dollars or euros to prop up those currencies.

The People's Bank of China has said, including in a statement last week, that it is not manipulating the yuan but has also said it is committed to maintaining a mostly stable value for the currency.

China's advantages go beyond a weak currency, however. China has built a 700-city bullet train network in a decade. It also has an abundance of labour, a culture of long working hours and tightly restricted unions. Manufacturers are not as encumbered by environmental laws against pollution as in many other countries.

Robert Gwynne, a shoe manufacturing and exports specialist in Guangdong, said reviving competitiveness in the United States and elsewhere to compete with China would not be quick or easy.