Nothing has exemplified the local tech sectors fall from grace quite like Appen, the artificial intelligence player that has seen its fortunes plunge recently, revealing just how reliant it is on big tech clients like Facebook that faced anaemic advertising revenue growth last year.

And the new year has started with more unwelcome news for the former market darling as big tech companies cut jobs across the board in the face of uncertain economic conditions. 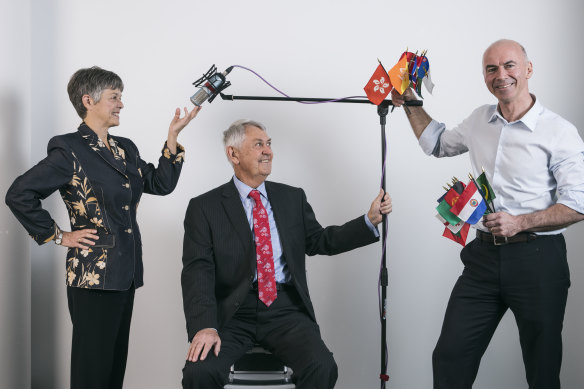 It will make the job harder for new chief executive, tech industry veteran Armughan Ahmad – who was appointed just before Christmas – to engineer a turnaround and help Appen re-emerge as a growth stock.

The story which sent its shares soaring was a simple one. Appen was a smart play on the artificial intelligence sector and had the bluest of blue sky projections for it.

The company makes most of its money from crowdsourcing a global workforce of a million people who do the low-level grunt work for tech giants such as Facebook, Google and Amazon. The workers teach computers to recognise basic images and speech, laying the groundwork for the development of AI solutions.

It’s the sort of work that helps Amazon come up with the right products when you search for yellow boots. It was also instrumental in the development of Apple’s Siri.

Appen raised hundreds of millions of dollars in cash to buy rivals and cement its place as the go-to provider of annotation services to its tech giant clients. But to its critics, Appen has always been a glorified labour-hire firm.

How it started: Linguistics expert Dr Julie Vonwiller started Appen at her Sydney home in the 1990s which quickly became a pioneer for speech and text recognition technology.

The company made its stock market debut in early 2015 at 50c a share with a market capitalisation of $47 million, and soared to over $40 in late 2020, valuing the company at nearly $5 billion.

How it’s going: Mark Brayan stepped down as Appen’s chief executive just before Christmas, having run the company since 2015. Shares subsequently dropped to fresh multi-year lows of $2.28, valuing the group at less than $300 million. 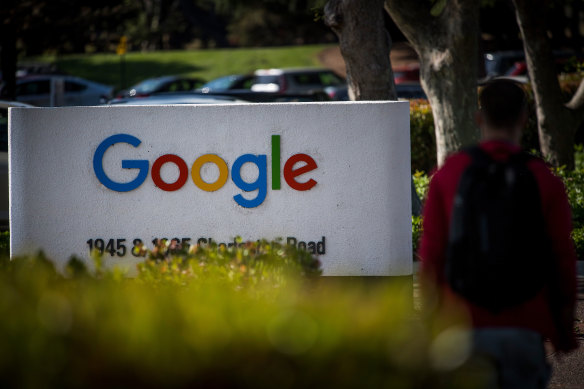 Appen makes most of its money from crowdsourcing a global workforce of a million people that work for tech giants such as Facebook, Google and Amazon, teaching computers to recognise basic images and speech, laying the groundwork for the development of AI solutions.Credit:Bloomberg

It looks good if you bought and held shares in the IPO, but it has been a bruising ride for investors who bought in at its 2020 peak.

Main products: Providing a crowdsourced army of workers to help train the AI systems of big tech companies like Microsoft, Facebook and Google, as well as speech recognition services.

Key figures: Dr Julie Vonwiller and her husband Chris – whose roles have included chief executive and chairman – remain significant investors in the group which is currently chaired by former Foxtel chief Richard Freudenstein.

The bull case: Appen remains a dominant player in the data annotation space and is well-positioned should the market for these services, among the tech giants, recover.

Appen is also mitigating its reliance on customers like Facebook and Google by building up a promising business in China, and elsewhere, which gives it growth from a larger customer base of smaller companies.

Analysts like Wilsons’ Ross Barrows can still see catalysts for the stock like its high quality, albeit concentrated customer base – as well as its strong position in the data annotation industry.

“Appen is one of two leading global players, with a material gap to number three,” he says.

Like other local tech stocks, Appen faces predators looking to pick it up on the cheap, and it has not been this cheap in years.

Canadian tech group Telus walked away from a $1.2 billion takeover bid in May last year just hours after it was revealed. With a current valuation around the $300 million mark, someone surely must be interested in a company with no debt and a solid cash conversion rate.

The bear case: You only need to look at the latest attrition from the tech giants to see that everyone is bunkering down for a tough year which does not augur well for Appen, with its business strongly tied to the advertising fortunes of its big customers.

“Challenging external operating and macro conditions have resulted in weaker digital advertising revenue and a slowdown in spending by some of their major customers. This impacted ad-related programs and had a flow-on impact to non-ad related programs and some core programs,” RBC Capital Market’s Garry Sherriff pointed out after Appen’s most recent downgrade.

On top of this, Appen is being forced to fund its growth in promising – but small – new markets like China as its revenue from the tech giants, which provide 80 per cent of its business, falters.

Sherriff points out that the same financial dynamics which boosted earnings strongly on soaring revenue during the good times have gone into reverse.

“In our August note we flagged negative jaws materially reducing margins as revenue falls, costs increase, and we continue to believe there is a potential impairment risk at the December 2022 result,” he says.

Appen’s full-year results are due next month.