Senior business leaders across Australia say crippling workforce shortages and inability to access the right talent are by far their biggest and most immediate worries as the country’s battered labour market re-emerges from the depths of COVID-19 restrictions.

In a new survey compiling the views of more than 400 CEOs, emerging business leaders and non-executive directors, nearly two-thirds of respondents have nominated finding and retaining talent as their overwhelming concern heading into 2022 and fear the problems may persist for another three to five years. 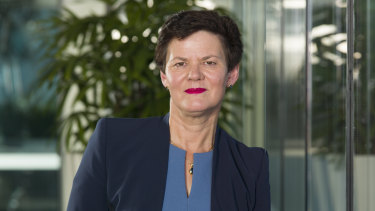 Border closures over the past two years have been a strong factor in minimising the spread of the COVID-19 pandemic in Australia, but have left businesses across the economy “urgently requiring additional people resources”, the survey conducted by professional services firm KPMG found.

“It is clear that as Australia starts to emerge fully from the lockdowns of the last two years, having enough skilled talent to meet customer needs is the key challenge concerning all businesses,” KPMG Australia chairman Alison Kitchen said. “And they don’t see this changing in the next few years.”

The closure of borders to foreign migrants and returning Australian residents, combined with the leakage of foreign workers returning to their home country during the pandemic, had caused net overseas migration to fall by nearly 100,000 people in the 12 months to the end of March 2021, the report said.

Respondents cited a lack of staff numbers and workers with specific skill sets, as well as difficulties in upskilling existing staff to “meet a more digitalised future”.

Employer representatives including the Business Council of Australia (BCA) have been calling on government leaders to stick to its reopening plan for vaccinated skilled workers, international students and working holiday-makers, saying the so-called “fortress Australia” mentality was putting a handbrake on the economy as other parts of the world reopened.

National Australia Bank chief Ross McEwan on Tuesday said bringing more talent back into Australia would be key to addressing the shortage in the coming 12 months. “Almost every employer I talk to, from cafes, tourism, agriculture, and manufacturing, is saying ‘we can’t get workers’,” he said.

Trade unions, meanwhile, point out that unemployment and under-employment across much of Australia remain stubbornly high and want to see greater focus from the federal government and businesses on offering secure employment opportunities for local workers rather than falling back on foreign visa programs.

“Where employers are struggling to find workers, it is because Australians are sick and tired of working casual, insecure jobs that are underpaid and often don’t provide enough hours or shifts for workers to support themselves, let alone their families,” the Australian Council of Trade Unions has said.

The annual KPMG survey was conducted in November 2021 before the onset of the highly contagious Omicron variant of COVID-19, which has driven daily cases across the country to record highs.

KPMG chief economist Brendan Rynne said the Omicron wave, although severe, was likely to be “short and sharp”, meaning it would have a more benign impact on the macro-economy than previous COVID-19 waves including Delta.

“You will have a little bit of a ripple effect, but it won’t be the same as what we saw in the September quarter of last year or the June quarter of the year before,” Dr Rynne said.

Other longer-term concerns looming for business leaders in the next three to five years, according to the KPMG survey, were challenges surrounding adapting to a more digitised future including cyber vulnerability; the challenges and benefits presented by the trend towards greater remote-working; and developing strategies guiding their organisations’ environmental, social and governance (ESG) performance.