Republicans gear up for a fight on Lael Brainard as Fed vice chair: Exclusive

FOX Business’ Edward Lawrence reports the party is opposed to Federal Reserve Governor Lael Brainard becoming vice chair ‘because of her beliefs the Fed should be a little more woke’ and the action she wants to take regarding climate change.

Testifying at her confirmation hearing before the Senate Banking Committee, Brainard acknowledged that inflation is "too high," and is hurting working-class Americans.

"We are taking actions that I have confidence will be bringing inflation down, while continuing to allow the labor market to return to full strength over time," she said. Fighting inflation, she added, is the Fed's "most important task."

Brainard's comments are notable given that she is the lone Democrat who sits on the Fed's board of governors and has a reputation as a policy dove who played a key role in keeping monetary policy ultra-easy over the past year. But on Thursday, she endorsed a more aggressive path toward normalizing policy. 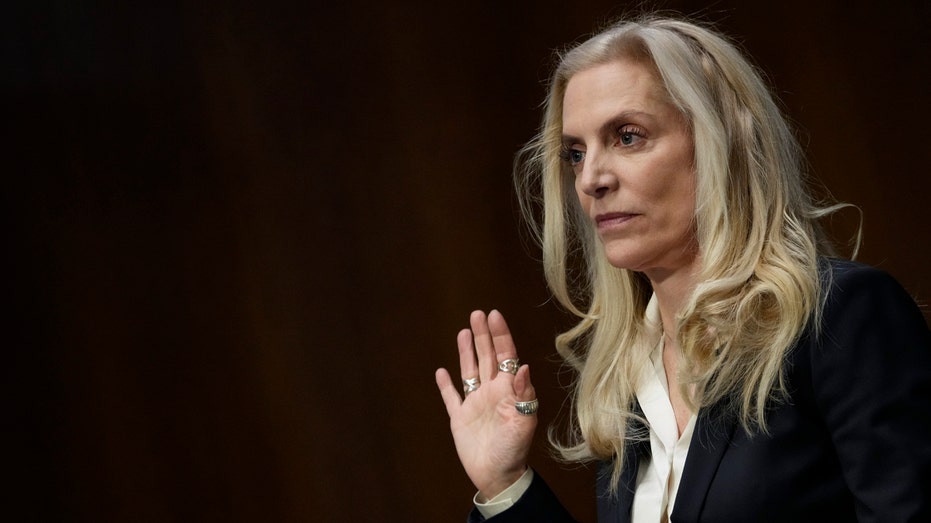 Lael Brainard, President Bidens nominee to be the new vice chair of the Federal Reserve, is sworn in during her nomination hearing with the Senate Banking Committee on Capitol Hill Jan. 13, 2022. (Drew Angerer/Getty Images / Getty Images)

The Fed began tapering its bond purchases in November by $15 billion a month, and announced during its December meeting that it would double that to $30 billion beginning in January. Under that timeframe, the central bank is poised to conclude the program by March, allowing Fed officials to begin hiking interest rates and reducing the $8.8 trillion balance sheet.

Chairman Jerome Powell, who testified on Wednesday during his own reconfirmation hearing, said he expects inflation to subside by the middle of the year, but that the Fed needs to take whatever actions are needed to prevent higher prices from becoming "entrenched." Minutes released from the central bank's December meeting show that officials are prepared to raise rates "sooner and faster" than initially expected in order to combat the inflation surge.

"We are going to have to be humble but a bit nimble," Powell told lawmakers.

Brainard's comments come one day after the latest consumer price index report from the Labor Department that showed prices climbed 7% in December from the previous year, the biggest increase since June 1982, when inflation hit 7.1%. Consumers are paying more for everyday necessities, including groceries, gasoline and cars.