It has long been a central tenet of mainstream economic theory that public fears of inflation tend to be self-fulfilling.

Now though, a cheeky and even gleeful takedown of this idea has emerged from an unlikely source, a senior adviser at the Federal Reserve named Jeremy B. Rudd. His 27-page paper, published as part of the Fed’s Finance and Economics Discussion Series, has become what passes for a viral sensation among economists.

The paper disputes the idea that people’s expectations for future inflation matter much for the level of inflation experienced today. That is especially important right now, in trying to figure out whether the current inflation surge is temporary. 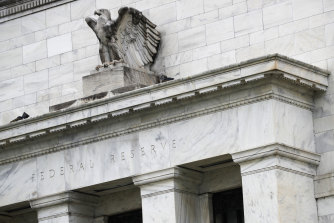 The Federal Reserve: A staff economist says the world’s most powerful central bank has been focused on the wrong things for the last few decades.Credit:AP

But the Rudd paper is part of something bigger still. It reflects a broader rethinking of core ideas about how the economy works and how policymakers, especially at central banks, try to manage things. This shift has also included debates about the relationship between unemployment and inflation, how deficit spending affects the economy, and much more.

In effect, many of the key ideas underlying economic policy during the Great Moderation — the period of relatively steady growth and low inflation from the mid-1980s to 2007 that also seems to be a high-water mark for economists’ overconfidence — increasingly look to be at best incomplete, and at worst wrong.

It is vivid evidence that macroeconomics, despite the thousands of highly intelligent people over centuries who have tried to figure it out, remains, to an uncomfortable degree, a black box. The ways that millions of people bounce off one another — buying and selling, lending and borrowing, intersecting with governments and central banks and businesses and everything else around us — amount to a system so complex that no human fully comprehends it.

‘Mainstream economics is replete with ideas that ‘everyone knows’ to be true, but that are actually arrant nonsense.′

“Macroeconomics behaves like we’re doing physics after the quantum revolution, that we really understand at a fundamental level the forces around us,” said Adam Posen, president of the Peterson Institute for International Economics. “We’re really at the level of Galileo and Copernicus,” just figuring out the basics of how the universe works.

“It requires more humility and acceptance that not everything fits into one model yet,” he said.

Or put less politely, as Rudd writes in the first sentence of his paper, “Mainstream economics is replete with ideas that ‘everyone knows’ to be true, but that are actually arrant nonsense.”

One reason for this, he posits: “The economy is a complicated system that is inherently difficult to understand, so propositions like these” — the arrant nonsense in question — “are all that saves us from intellectual nihilism.”

And from that starting point, a staff economist at the world’s most powerful central bank went on to say, in effect, that his own employer has been focused on the wrong things for the last few decades. 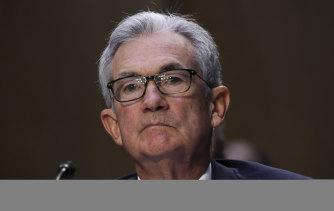 It’s a challenging time for central bankers such as Fed chair Jerome Powell and other shapers of policy.Credit:Getty

Mainstream policymakers, very much including Rudd’s bosses at the Fed, believe that inflation is, in large part, self-fulfilling — that what people expect future inflation to look like has an ability to shape how much prices rise in the near term.

In the common telling, the Great Inflation of the 1970s got going because people came to believe inflation would keep spiralling. The surge in petrol prices wasn’t simply a frustrating development, but a harbinger of things to come, so people needed to demand higher raises, and businesses could feel confident charging higher prices for most everything.

In this story, the great achievement of the Fed in the early 1980s was to break this cycle by reestablishing credibility that it would not allow sustained high inflation (though at the cost of a severe recession).

That is why today’s discussions over the inflation outlook often spend a lot of time focusing on things like what bond prices suggest inflation will be five or 10 years from now, or how people answer survey questions about what they expect.

Rudd argues that there is no solid evidence that the conventional story of the 1970s describes the real mechanism through which inflation takes place. He says there’s a simpler explanation consistent with the data: that businesses and workers arrive at prices and wages based on the conditions they’ve experienced in the recent past, not some abstract future forecast.

‘Macroeconomics behaves like we’re doing physics after the quantum revolution, that we really understand at a fundamental level the forces around us. We’re really at the level of Galileo and Copernicus.’

For example, when inflation has been low in the recent past, workers might not demand raises as they would in a world where inflation was high; after all, their existing pay cheques go pretty much as far as they used to. You don’t need some theory involving inflation expectations to get there.

Some economists who are sympathetic to the idea that central bankers have overly fetishised precise measurements of inflation expectations aren’t ready to fully dismiss the idea.

For example, Posen, a former Bank of England policymaker, says there remains a simple and hard-to-dispute idea about inflation expectations supported by lots of history: that if people distrust a country’s monetary system, inflation shocks can spiral upward. Economic policy credibility matters. But that isn’t the same as assuming that some survey or bond market measure of what will happen to inflation in the distant future is particularly meaningful for forecasting the near future.

“It has been a noble lie that has become a critical part of the catechism of global monetary policy, that long-term inflation expectations are not just interesting but are a decisive determinant of real-time inflation,” said Paul McCulley, a former PIMCO chief economist, commenting on Rudd’s paper.

This isn’t the only way in which basic precepts underlying economic policy are shifting beneath economists’ feet.

Particularly prominently, for years central bankers believed there was a tight relationship between the unemployment rate and inflation, known as the Phillips curve. Over the course of the 2000s, though, that relationship appeared to weaken and become a less reliable guideline for how to set policy.

Similarly, interest rates and inflation fell worldwide, for reasons that scholars are still trying to understand fully. That implied a lower “neutral interest rate,” or the rate that neither stimulates nor slows the economy, than was widely believed to be the case as recently as the mid-2010s.

In many ways, the Fed’s policies just before the pandemic were aimed at incorporating those lessons and embracing sustained lower interest rates — and the possibility of lower unemployment — than many in the mainstream thought reasonable a few years earlier.

In the realm of fiscal policy, some conventional wisdom has also been upended in the last few years. It was thought that large government debt issuance would risk causing a spike in interest rates and crowd out private sector investment. But in that period, huge budget deficits have been paired with low interest rates and abundant credit for businesses.

All of this makes it a challenging time for central bankers and other shapers of policy.

“If you’re a policymaker, and you don’t have robust confidence in the parameters of the game you are managing, it makes your job a whole lot more difficult,” McCulley said.

But if you are in charge of making economic policy that affects the lives of millions, you can’t simply shrug your shoulders and say, “We don’t know how the world works, so what are we supposed to do?” You look at the evidence available, and make the best judgment you can.

And then, if you think it turns out you were wrong about something, publish a sassy paper to try to get it right.